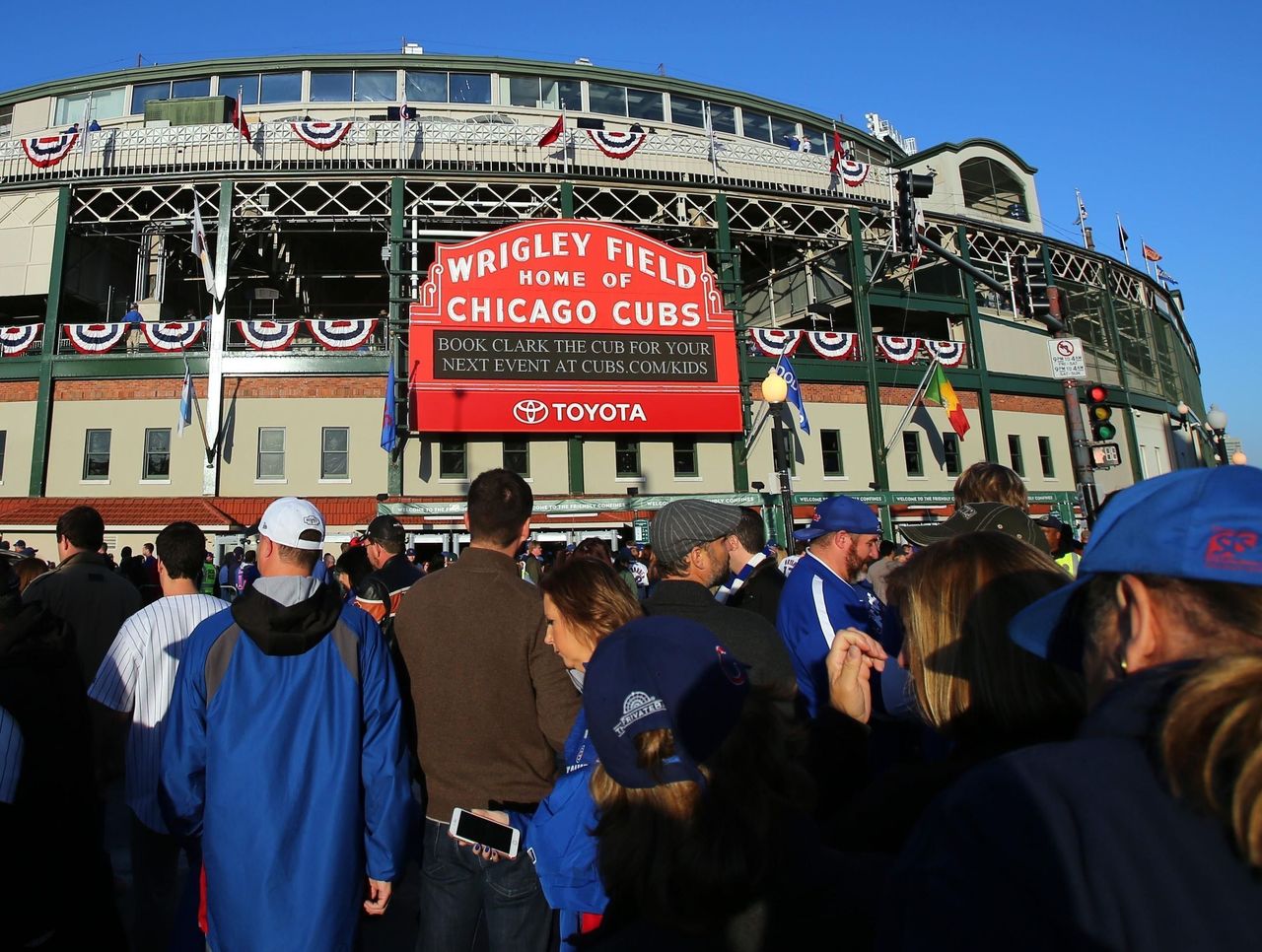 CHICAGO – Fans hoping to see the Cubs play in the World Series for the first time since 1945 are finding a seat could cost them more than what their grandparents paid for their houses.

The euphoria from Saturday night’s victory over the Los Angeles Dodgers gave way Monday to the realization that history doesn’t come cheap.

Wrigley Field box seats on ticket-selling sites such as StubHub were $50,000 and up, with one seller asking $100,000 for a seat and another asking for just under $1 million. But there are lots of box seat tickets in the $5,000 to $10,000 range. Tickets to just get into the park and stand behind those with actual seats were going for more than $2,200 each. List prices for World Series tickets at Wrigley range from $85 to $565, according to Major League Baseball figures.

World Series tickets are costing a lot more in Cleveland, too – well above the $83 to $750 list price range that MLB provided for Progressive Field – but are not as expensive as those in Chicago. And there are indications that Cubs fans, getting a look at what they would pay at Wrigley versus Progressive, are buying two tickets: one for a plane and one for a game.

Ticket brokers were being flooded with calls from fans looking for tickets and, as of Monday, they were willing to pay as much as $12,000, said Dan Makras of Classic Tickets in Chicago. But he said prices might climb because Cubs fans are proving to be reluctant to sell no matter how much money they’re offered.

”People have waited so long for this,” he said.

How long? Well, the last time the Cubs were in the World Series, a ticket in the upper grandstand was $6.

That pent-up desire might explain why more than 2.6 million people – about the population of Chicago – signed up for a drawing for a chance to buy the few thousand tickets the Cubs are now selling themselves.