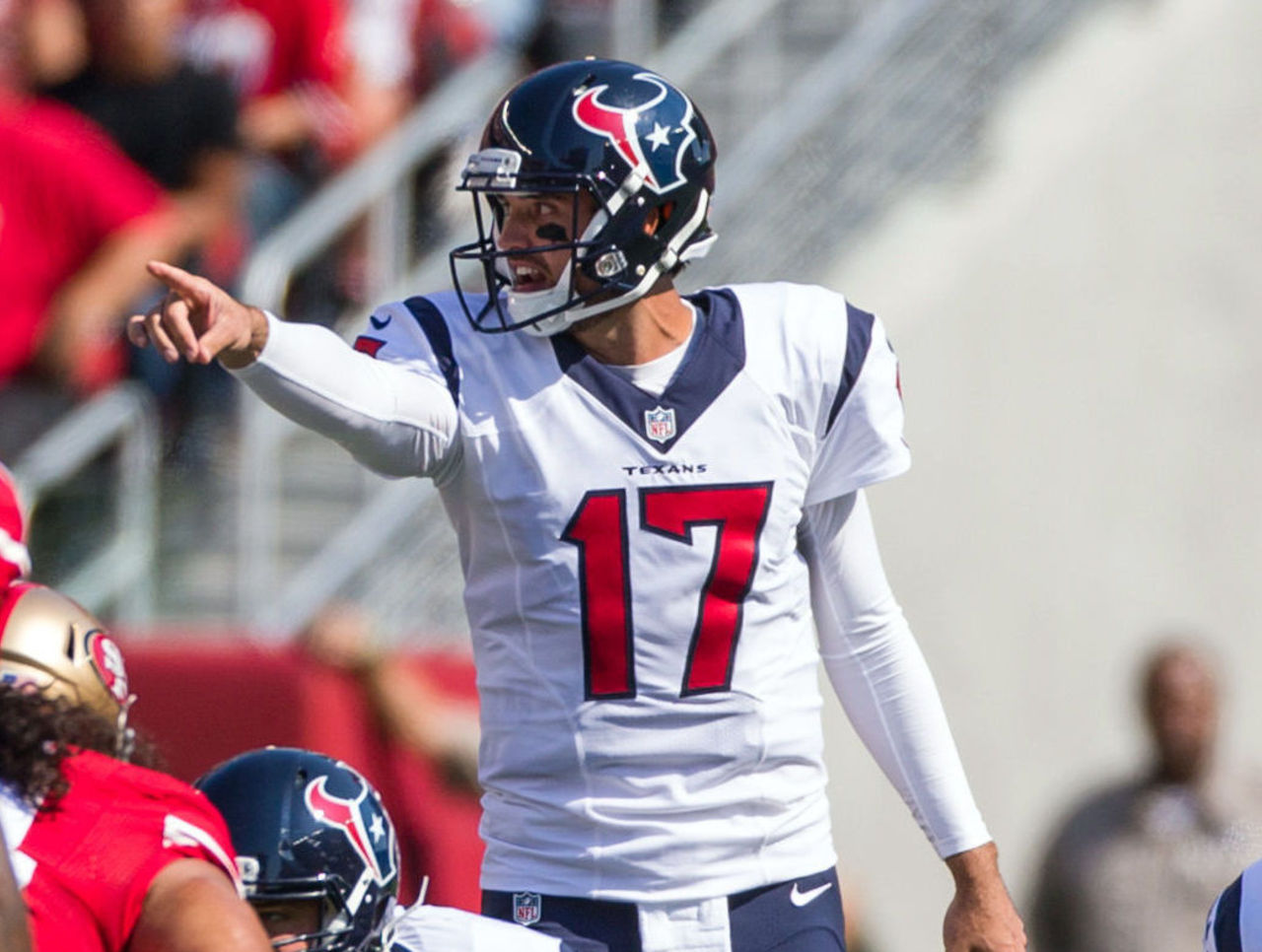 The Week 7 Warmup takes an in-depth look at the NFL’s most intriguing storylines ahead of the weekend’s slate of games.

The NFL’s unfortunate trend of underwhelming prime-time matchups comes to a brief end when the Seahawks and Cardinals do battle Sunday night. As with the past few years, the head-to-head matchups between these two teams should go a long way toward deciding the NFC West. With Seattle again dominating on both sides of the ball, and Arizona seemingly rebounding from a disappointing start, there’s no reason this shouldn’t be every bit the matchup the football world expected in preseason. Can David Johnson’s success continue against the Seahawks’ elite defense?

You can bet Brock Osweiler immediately had this one circled when the schedule was released back in April. The $72-million quarterback has an opportunity to show his former team what it lost when he walked in free agency. The only problem? Well, Denver is just as strong with Trevor Siemian under center, and Osweiler has been an early disappointment with Houston. Facing the added pressure of his return, along with a dominant Broncos defense, it may be another tough week for the young quarterback.

Kansas City headed for its bye on a disappointing note, after a 43-14 defeat to Pittsburgh raised significant concerns about its defense. But after a complete performance on the road against Oakland, those struggles could be attributed to a down week. What better way to test that theory than by hosting Drew Brees and a high-powered Saints attack? KC’s secondary will be just fine if it holds up against this kind of opponent, while star pass-rusher Justin Houston is nearing a return from offseason knee surgery.

It goes without saying that Ben Roethlisberger’s injury will force Pittsburgh to rely heavily on its running game. Doing so with success will be imperative Sunday, as keeping the ball out of Tom Brady’s hands may be the only chance for victory. Bell will have to overcome stacked fronts to pick up consistent yards, but he’s one of the few backs with the ability to render those formations irrelevant.

Despite his rookie status, Ramsey has already earned the right to shadow top receivers, and should be poised to do battle with Cooper this week. The Raiders wideout racked up 10 first-half receptions last week, finishing with 11, and Derek Carr will likely make a point of getting him involved early and often against Jacksonville. On the defensive side, Ramsey will need to make plays on the ball or force throws elsewhere to slow down Oakland’s highly productive attack.

Still wondering what to think of Carson Wentz? Trotting the rookie out there Sunday against the league’s second-ranked defense should tell us everything we need to know. Even if the Eagles don’t pull out a win, it would be impressive to see Wentz make throws against Minnesota’s secondary. Highlighted by particularly impressive performances against Aaron Rodgers and Cam Newton, the Vikings’ defense has terrorized opponents this year. If Wentz is an exception, it would prove he’s on an accelerated path to stardom.

As dominant as Matt Ryan has been this season, the Falcons’ offense is still based around a successful running game. Moving the chains on the ground could be difficult against San Diego, which is surrendering just 83.5 rushing yards per game. Expect the Chargers to force and capitalize on their fair share of third-and-long situations, to get the ball back in Philip Rivers’ hands. The more opportunities against Atlanta’s 26th-ranked pass defense, the better.

Six games into his rookie season, Booker has done well to make a case for more touches – and C.J. Anderson isn’t doing much to hold him off. After racking up 46 yards on just five carries in a loss to the Chargers last week, could Booker gets his shot Monday? There are plenty of plays to be made against a Houston run defense that ranks 29th, allowing an average of 126.3 yards.