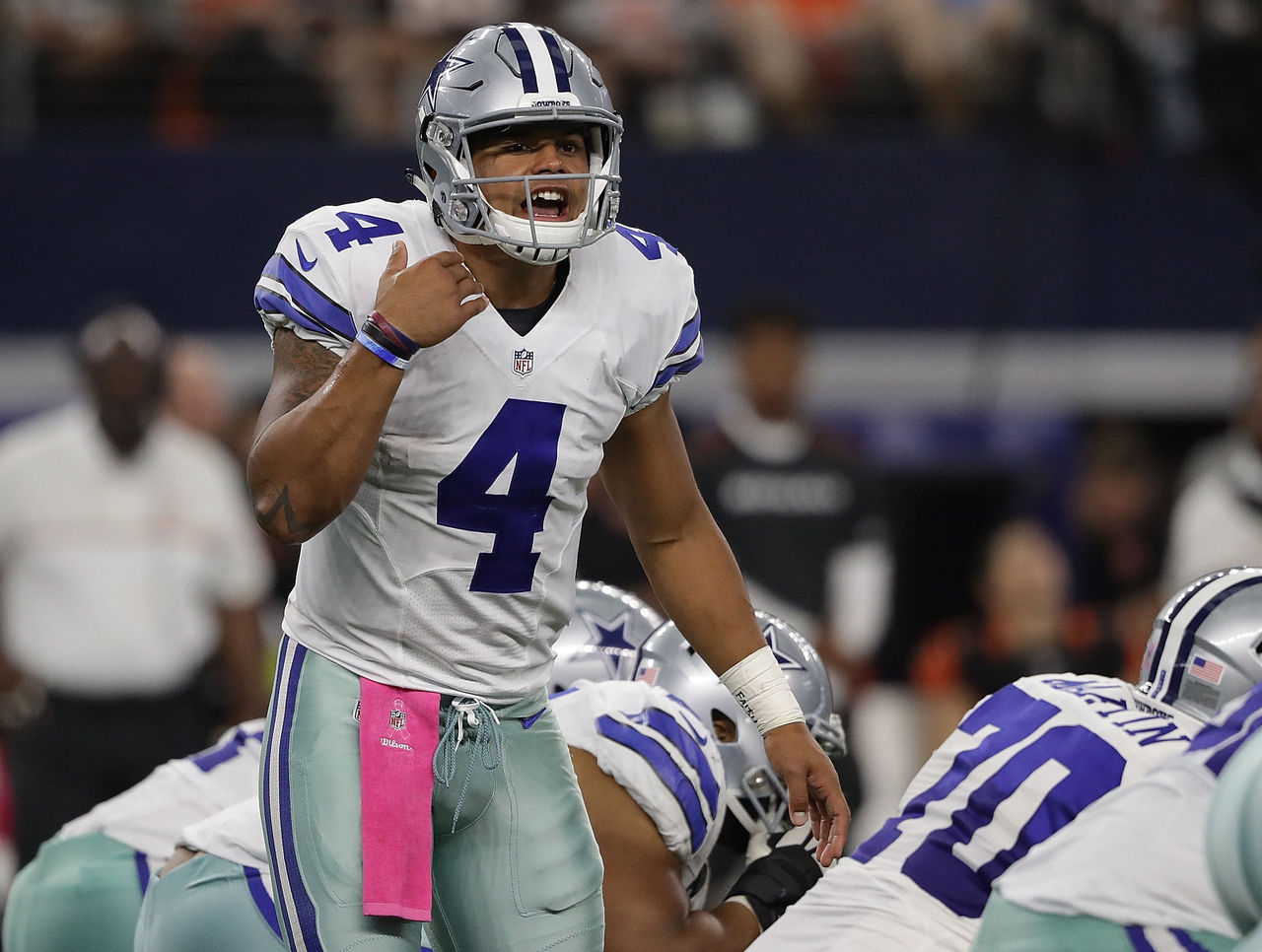 The Week 6 Warmup takes an in-depth look at the NFL’s most intriguing storylines ahead of the weekend slate of games.

After a week on the sidelines recovering from a concussion, Cam Newton is set to make his return to the starting lineup. It couldn’t come at a better time for Carolina. Now 1-4 after a disappointing start that few could have predicted, the defending NFC champions are in desperate need of a win to save their season. Newton and Co. will have to keep pace with a high-powered Saints attack to avoid falling even further out of the playoff picture. Doing so will be made all the more difficult if the Panthers’ once-dominant defense can’t stop giving up big plays through the air.

The easy answer for the Cowboys has been that Tony Romo will return to the starting job when healthy. And why not? Conventional wisdom would suggest that a four-time Pro Bowler, who’s long been entrenched as a top-10 quarterback, stands a far better chance at leading the way on a deep playoff run. But Prescott just continues to impress with every snap he takes. The decision will become all the more difficult to make if the fourth-round rookie helps Dallas to a road win over the Packers on Sunday.

Still have doubts about the Falcons avoiding a collapse like that of 2015? Consider this week as Atlanta’s opportunity to silence any such concerns for good. Heading out west and putting together another strong offensive performance against an always dominant Seahawks defense would all but confirm that this club is for real. Winning in Denver last week can be considered a statement in that regard, but Seattle’s defense will provide a more difficult challenge in the running game, potentially forcing Matt Ryan into obvious passing situations.

OK, so this isn’t exactly a one-on-one matchup. But let’s not pretend that the Patriots head coach won’t have a lead role in shutting down Green, and thus deciding the game. Belichick has long thrived with the ability to take away what an opponent does best, and there’s little doubt that Cincinnati’s offense hinges upon Green’s ability to dominate on all areas of the field. The superstar wideout will have to make his share of plays despite some significant coverage adjustments if the Bengals are to keep up with New England and avoid their fourth loss of the season.

Sherman doesn’t shadow opposing receivers often, but this should be one of the exceptions. With Jones’ ability to single-handedly take over a game, as evidenced by his 300-yard performance in Week 4, the Seahawks would be wise to put their perennial All-Pro cornerback in his pocket all day long. While Jones would still have the opportunity to contribute, Sherman’s presence should force passes to go elsewhere more often than not.

Something’s gotta give. The Cowboys’ offensive line is doing well to earn its reputation as the NFL’s best, leading the way for a rushing attack averaging a league-high 155.2 rushing yards. On the defensive side, Green Bay enters its fifth game of the season also ranked first, allowing just 171 yards on an incredible 2.0 yards per carry. The Packers will have to prove that those numbers, having come against several opponents with underwhelming ground games, are no mirage. Forcing the ball into Dak Prescott’s hands for third-and-long situations is the only way to stop this Cowboys offense.

Seattle’s defense indeed presents Atlanta with its toughest test to date in terms of putting points on the board, but don’t overlook the potential for a favorable matchup on the other side of the ball. Led by the breakout performance of second-year linebacker Vic Beasley, the Falcons’ pass-rush finally hit its stride in last week’s win over Denver. A thin Seahawks offensive line presents the opportunity for a similarly strong showing in that area of the game. Atlanta will keep Russell Wilson under wraps and continue to roll.

The decision to start Blaine Gabbert this season can be justified if Kaepernick’s weight was as much an issue as the team suggested. It’s always been clear that the former second-round pick is the more talented player of the two, though, and he’s without question the better fit for Chip Kelly’s system. Look for Kaepernick to excel both as a passer and a ball-carrier in his overdue return to the lineup, taking the first step toward re-establishing himself as a starting quarterback.