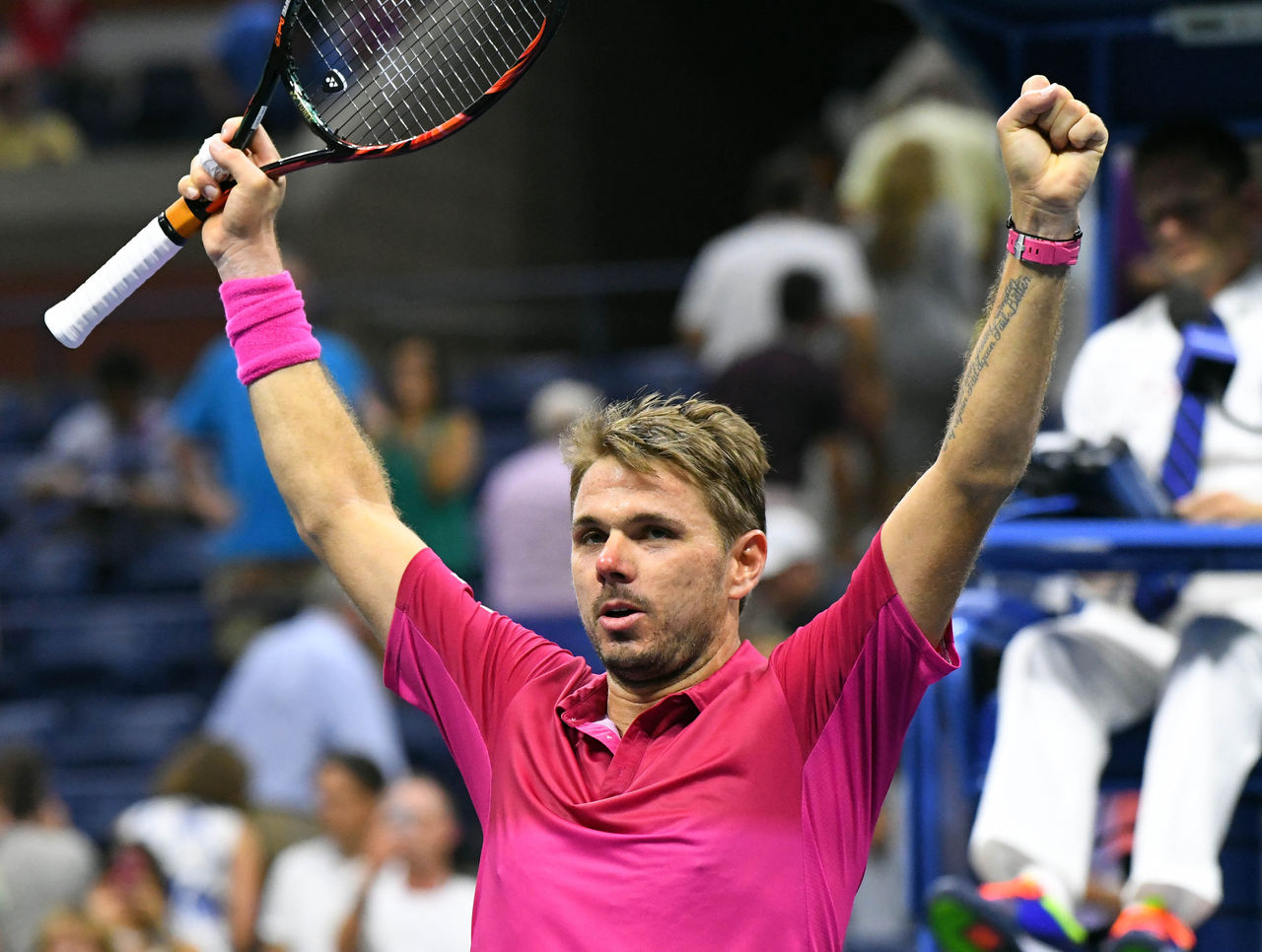 Stan Wawrinka punched his ticket to the US Open final Friday night, overwhelming Kei Nishikori with a punishing power display to run away with a 4-6, 7-5, 6-4, 6-2 victory.

In a match that featured several grinding baseline exchanges – in oppressively humid conditions that saw rackets flying out of sweaty hands and both men keeling over – Wawrinka proved the more resilient player, getting stronger as the match went on while Nishikori’s legs gradually gave out.

Nishikori began the match in a state of calm command, clocking clean returns, whipping angled passing shots, painting the sideline with his backhand, and finishing points with deft touch at the net.

He grabbed the first set in under 30 minutes, while the second looked like more of the same, as he broke Wawrinka right off the bat. But the world No. 3 came to life, breaking back and then saving six break points in his next two service games, as he started to find depth on his groundstrokes.

The missed opportunities eventually caught up to Nishikori, who converted just four of his 15 break chances and continually let Wawrinka off the hook. Emboldened by the lifeline, the Swiss zoned and swung freely, bullying his slighter opponent. He reeled off the next two sets, and by the fourth, he was freakishly locked in.

”I had to wait,” Wawrinka said after the match. ”I had to fight.”

Nishikori himself fought hard, and reclaimed an early break in the final set when he looked dead in the water. In the end, though, he was powerless to stop the runaway Wawrinka train. His forays to the net no longer bore fruit, as Wawrinka started passing him with haymakers off both wings. His second serves came back with terrifying velocity. There wasn’t much for the Japanese No. 6 seed to do, except hold on for dear life, and wait.

Wawrinka, who didn’t make a Slam final before his 28th birthday, has now made three – at three different majors – in the past three seasons. He turned his first two appearances into titles, including last year’s French Open, when he stunned Novak Djokovic to (temporarily) deny him the career Grand Slam. In fact, Wawrinka’s won his last 10 finals matches across the board, so it’s safe to say the moment won’t get to him when he meets Djokovic again Sunday.

Nearly a week ago, Wawrinka was staring a first-week exit in the eye, facing match point against Daniel Evans in the third round. But the stretch volley that brought him back from the brink has given him new life, and he’s parlayed that house money into a career-best result in Flushing Meadows.

“I’m really excited,” Wawrinka said of his first US Open final. “I want to enjoy also that moment. I watched the finals so many times here – Roger, Novak, Rafa – they are amazing champions, and honestly to play against Novak in the final again … is going to be something special.”