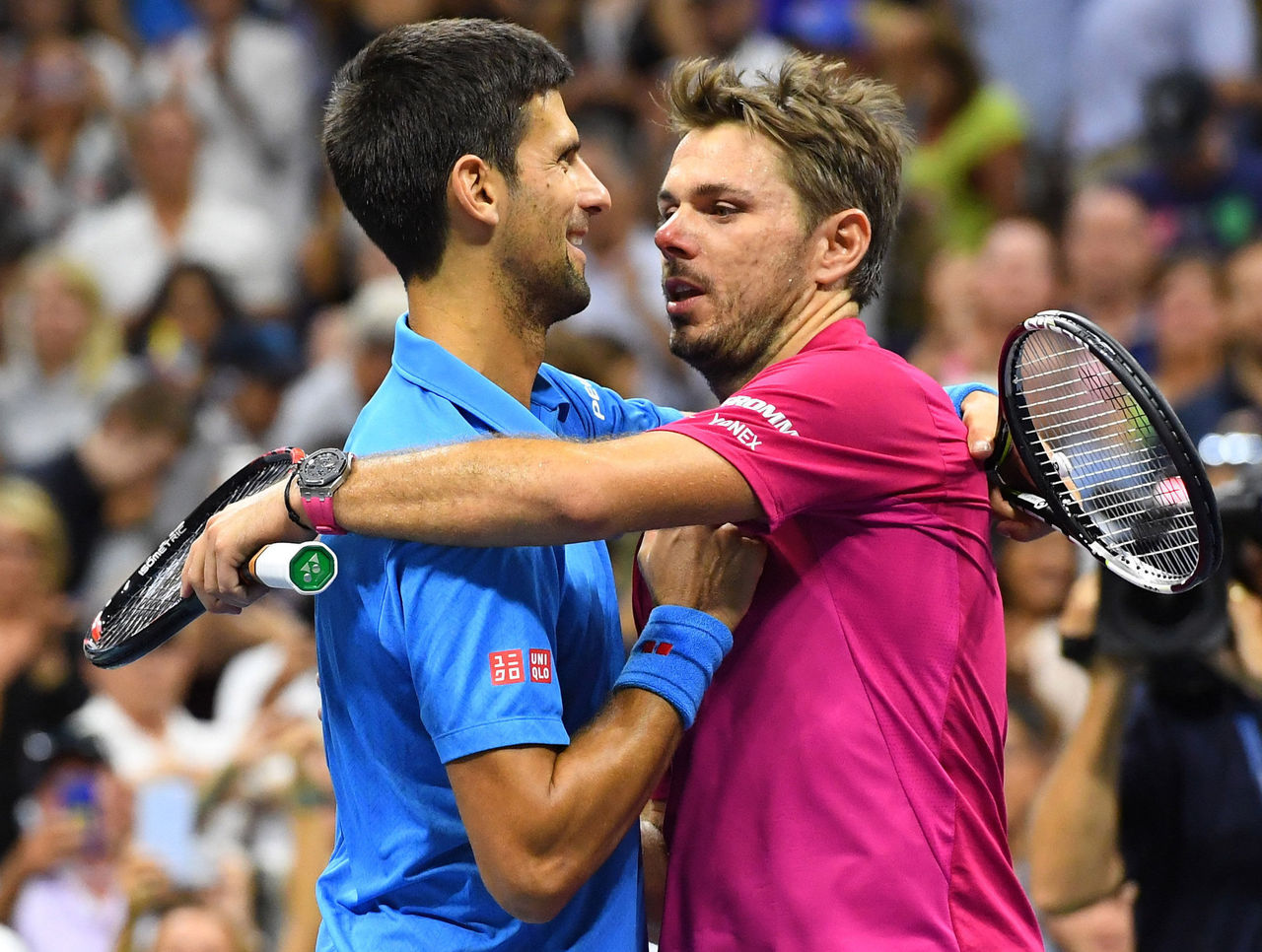 For four exhausting hours they traded thunderous forehands and cracking backhands, but the only thing exchanged after the match were compliments.

Stan Wawrinka knocked off No. 1 Novak Djokovic to secure his first US Open title on Sunday, and after the win, the 31-year-old Swiss took time to acknowledge his opponent.

“You’re a great person. A great champion. Because of you I am where am today,” Wawrinka said.

The admiration was mutual from the Serbian stalwart.

“You were the more courageous player in the decisive moments,” Djokovic said in return.

The two finalists are known to be good friends off the court, they even train together, and of course, the two have history. They’ve squared off 23 times prior to Sunday’s final.

Most notably, their paths crossed at the 2015 French Open final, when Wawrinka emerged victorious while handing Djokovic his only loss in 28 Majors that season.

But once the matches end, it’s nothing but respect between the two.

“We have experienced huge emotions in Grand Slams, especially in that final,” Wawrinka told reporters Saturday. “But it’s always a pleasure to play each other. We get along very well off the court and talk often. With me, he was always very fair play, win or lose. It’s why we’re close. There’s a mutual respect that has been established for many years.”