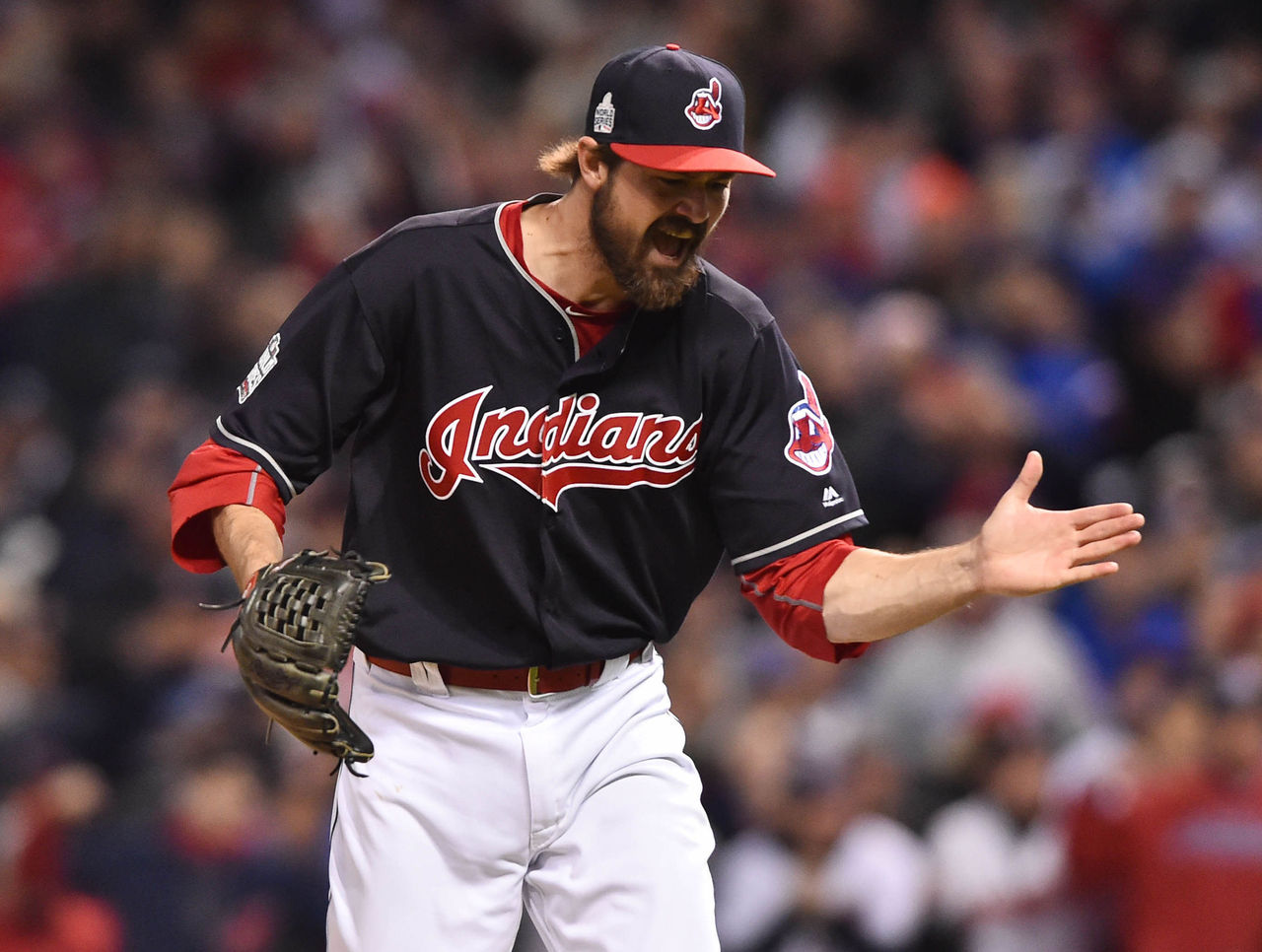 During a brief moment in Game 1 of the World Series, Andrew Miller looked human.

Then the Cleveland Indians left-hander wiggled his way out of a bases loaded, no-out jam to preserve the 3-0 lead over the Chicago Cubs.

The darling of October, Miller replaced starter Corey Kluber after the Indians right-hander allowed a leadoff single to start the seventh. Miller proceeded to walk Kyle Schwarber on six pitches – the second time this season he issued a free pass to a lefty hitter – and allowed a single off the bat of Javier Baez to load the bases with no outs.

Miller responded by getting pinch-hitter Willson Contreras to fly out to shallow center field and struck out Addison Russell and David Ross back to back to retire the side.

While the American League Championship Series MVP has shined throughout the season with his performance on the mound, it’s been with the bases loaded that Miller has really demonstrated just how dominant he’s been. Since 2013, opposing hitters are 1-for-23 with the bases loaded against Miller, according to ESPN Stats and Info.

Miller would return for the eighth inning and get out of another jam. With runners on the corners and two outs, Miller struck out Schwarber with an 84-mph slider to thwart another potential rally and end his night after a season-high 46 pitches.

The 31-year-old has now tossed 22 shutout postseason innings for his career, striking out 34, while allowing eight hits and five walks.