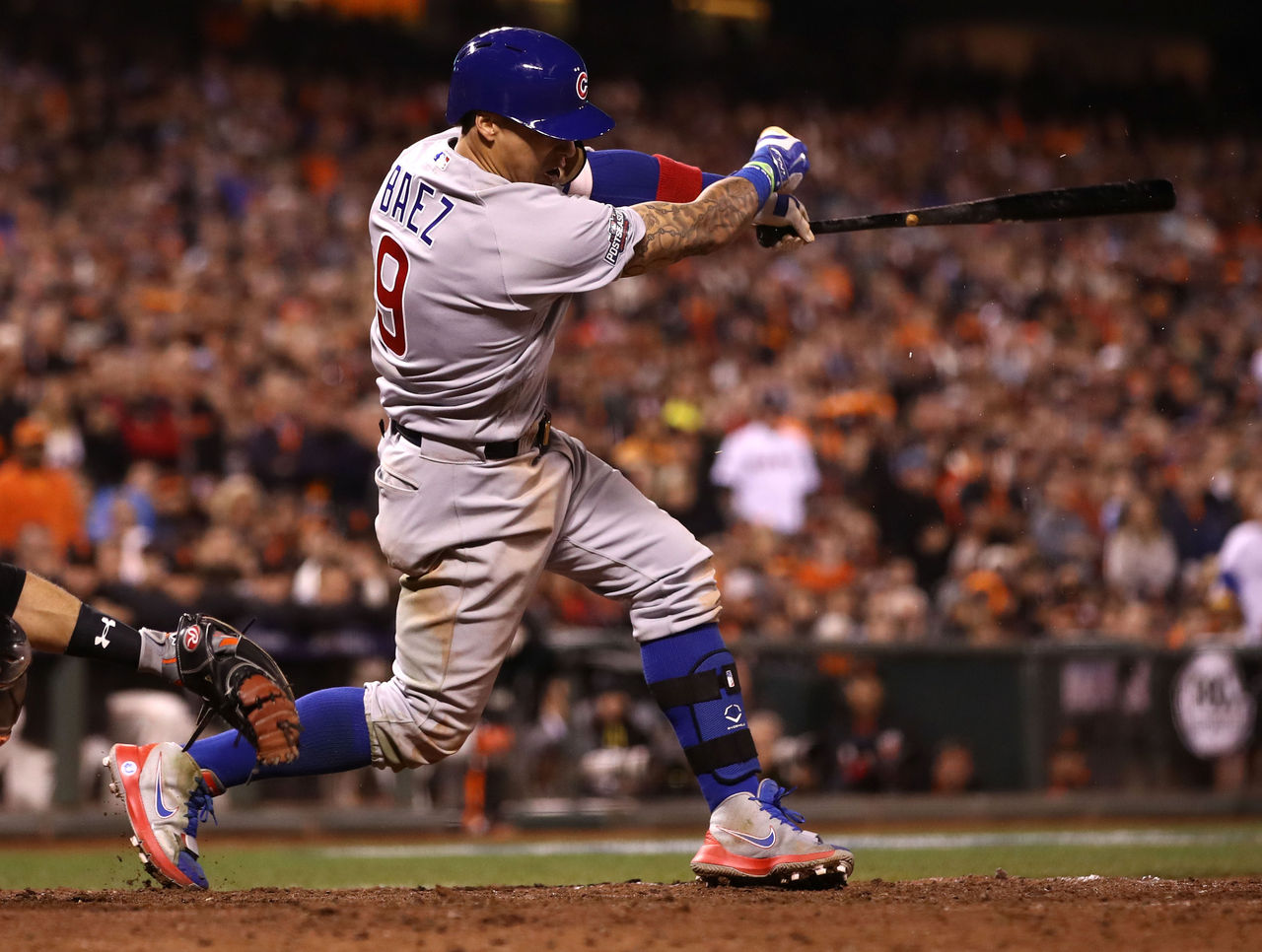 Javier Baez, a thorn in the San Francisco Giants’ side throughout the series, had one last trick up his sleeve.

After the Giants led the Chicago Cubs 5-2 in the ninth, and all signs pointing towards a return to Wrigley Field for Game 5 of the NLDS, the Cubs tied it up 5-5.

Baez, who’s been dynamic at the plate and even more sensational in the field, came up to the plate with Jason Heyward standing on second as the go-ahead run.

Of course, he got a pitch he could handle and ripped it up the middle, giving the Cubs a 6-5 lead that they wouldn’t relinquish, clinching a spot in the NLCS.

“Today, we didn’t give up,” Baez said after the win. “Their pitcher, he threw a great game. He was hitting his spot, he was getting to us. He threw eight innings, obviously. We just made their bullpen pay.”