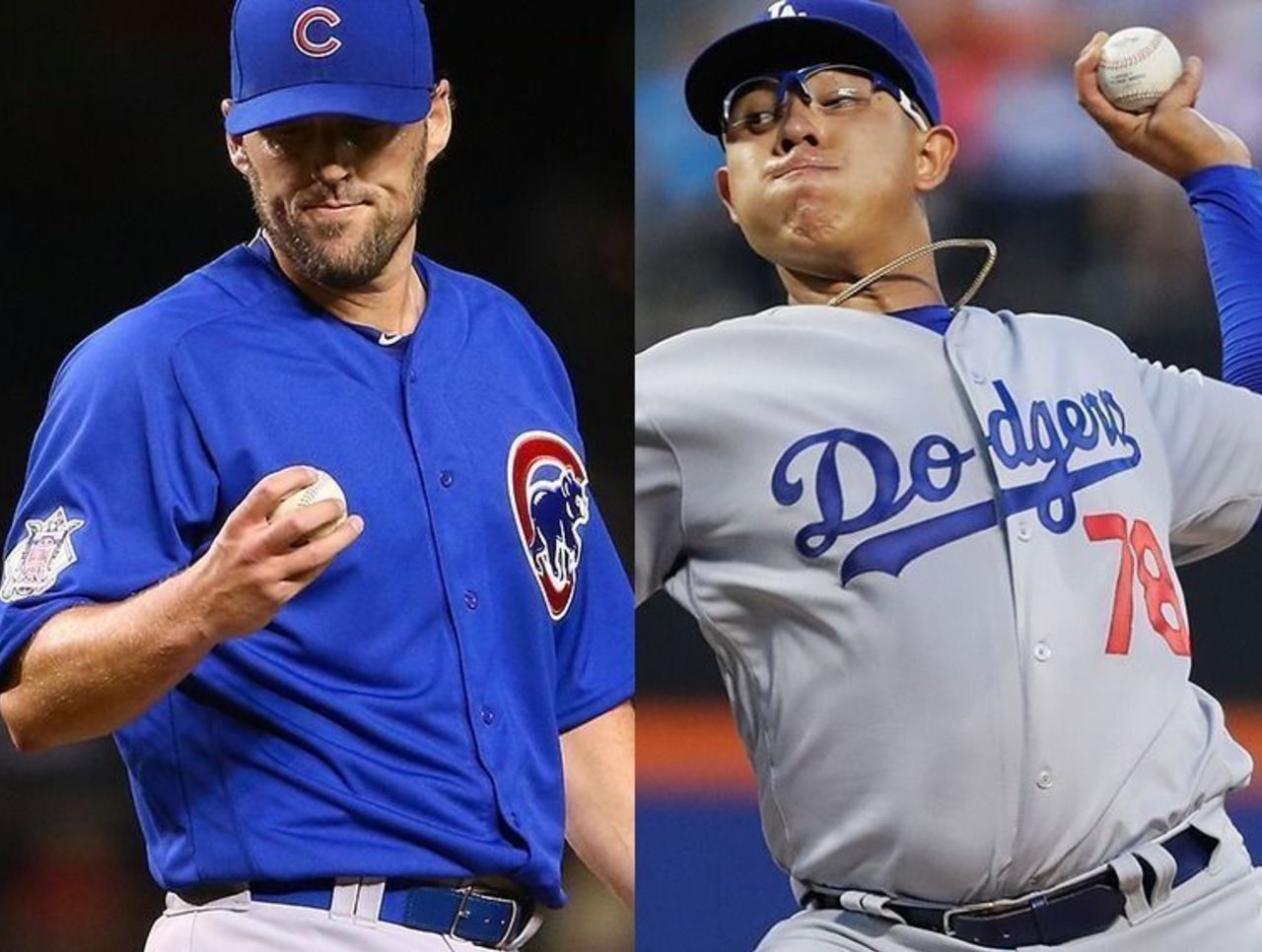 John Lackey, the 37-year-old Chicago Cubs pitcher, was asked Tuesday what it might be like for 20-year-old Los Angeles Dodgers lefty Julio Urias, Lackey’s counterpart in Game 4 on Wednesday.

“Sometimes, it’s good to be young,” said Lackey, who was 24 when he started Game 7 for the victorious 2002 World Series champion Anaheim Angels. “You don’t know what you’re getting into. You can just go out there and let your talent take over. And, obviously, he has a lot of that.”

Urias (1-0, 0.00 in the postseason) will become the youngest pitcher to start a playoff game when he and Lackey square off at Dodger Stadium, with the Dodgers up 2-1 in the series. Urias faced the Cubs twice during the season, with mixed results.

In his first encounter at Wrigley Field on June 2, Urias was the losing pitcher after serving up six runs (five earned) on eight hits in five innings. It was only Urias’ second start in the majors.

On Aug. 27 at Dodger Stadium, Urias struck out eight, gave up six hits and walked two in six innings to capture a win.

“Yeah, I’ve seen them twice, and that helps,” Urias said. “It makes me a lot more comfortable, especially being that the second time was here at home. I go in with that mentality and try to give the best.”

In addition to his pitching, one of Urias’ best attributes is his poise, manager Dave Roberts said.

“Julio, as I’ve gotten to know him, he’s just so calm and cool. And some of it plays to the youthfulness, the naivete, and just not really understanding the gravity of this moment, which is great,” Roberts said. “I think that it’s a baseball game, and when he’s asked to take the baseball, he does it. And he’s going out there focused and trying to execute pitches.”

Cubs manager Joe Maddon took some swings at Urias. Maddon said Urias is a balk waiting to happen. Much has been made of Urias’ pickoff of Bryce Harper of the Washington Nationals in Game 5 of the National League Division Series, which the Dodgers won as the southpaw claimed his first playoff win.

“When you get to see it on TV, it’s pretty obvious,” Maddon said. “It’s not even close. It’s a very basic tenet regarding what is and what is not a balk. Give him credit, man, for going through with it. That’s part of the game.”

Lackey (0-0, 6.75) leads all active pitchers with 21 postseason starts. He has an 8-5 record and a 3.22 ERA in 24 playoff appearances. Lackey was 11-8 with a 3.35 ERA in 29 starts this season. Lackey has made one postseason appearance against the Dodgers, earning the victory in Game 3 of the 2014 NLDS with the St. Louis Cardinals. In that contest, Lackey gave up a run in seven innings in the Cardinals’ 3-1 victory at Busch Stadium.