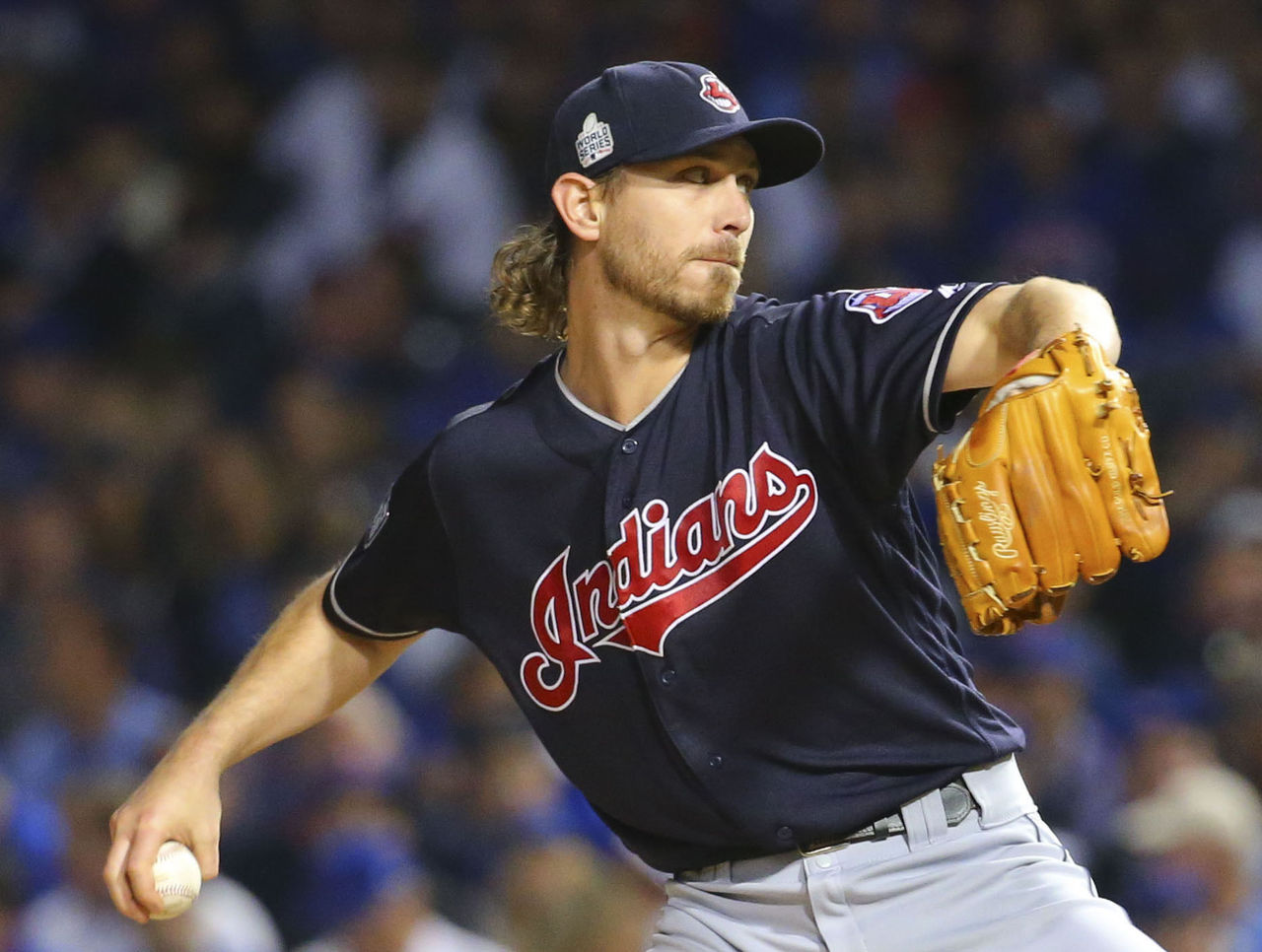 Jerry Tomlin made it to the World Series to see his only son pitch.

Two months after nearly losing his life to a spinal condition that has left him partially paralyzed, Tomlin sat behind home plate in a wheelchair as Josh started for the Cleveland Indians against the Chicago Cubs.

”It’s hard to put into words,” said the elder Tomlin, wearing an Indians cap and sweatshirt. ”I didn’t know what I was going to say when I got here and I still don’t. The way everything planned out and the way people helped me to get here, man, it’s definitely a dream come true. There was no way I was going to miss this.”

When Josh was growing up in Whitehouse, Texas, he and his dad – like so many fathers and sons – would pretend they were playing in the World Series. And for it to be happening, on the night the Cubs were hosting their first Series game since 1945, was almost beyond the 57-year-old’s wildest imagination.

”How could you plan it out or write it out any better than what it is?” he said. ”To be here for this historic thing they’re having here and to be the first World Series here and my first World Series and my son to be here, I don’t know, man, it’s just hard to explain.”

In August, Jerry was working at a power plant in Whitehouse, Texas, when he fell ill, his stomach tied in knots. With the pain worsening, he was taken to a hospital where doctors initially thought the problem was being caused by his gall bladder.

That’s when things took a critical turn as Tomlin’s body went numb. He underwent an MRI and numerous tests, and the 57-year-old was rushed into surgery after he was diagnosed with arteriovenous malfunction, a condition that affects blood circulation near the spine.

The procedure saved Jerry’s life, but it has left him in a wheelchair with a long, difficult road to recovery ahead. It’s not known if he’ll walk again.

After spending nearly two months in a rehab facility in Dallas, he was released last week – on Josh’s 32nd birthday. Jerry watched from his living room as the Indians clinched their first AL pennant since 2007.