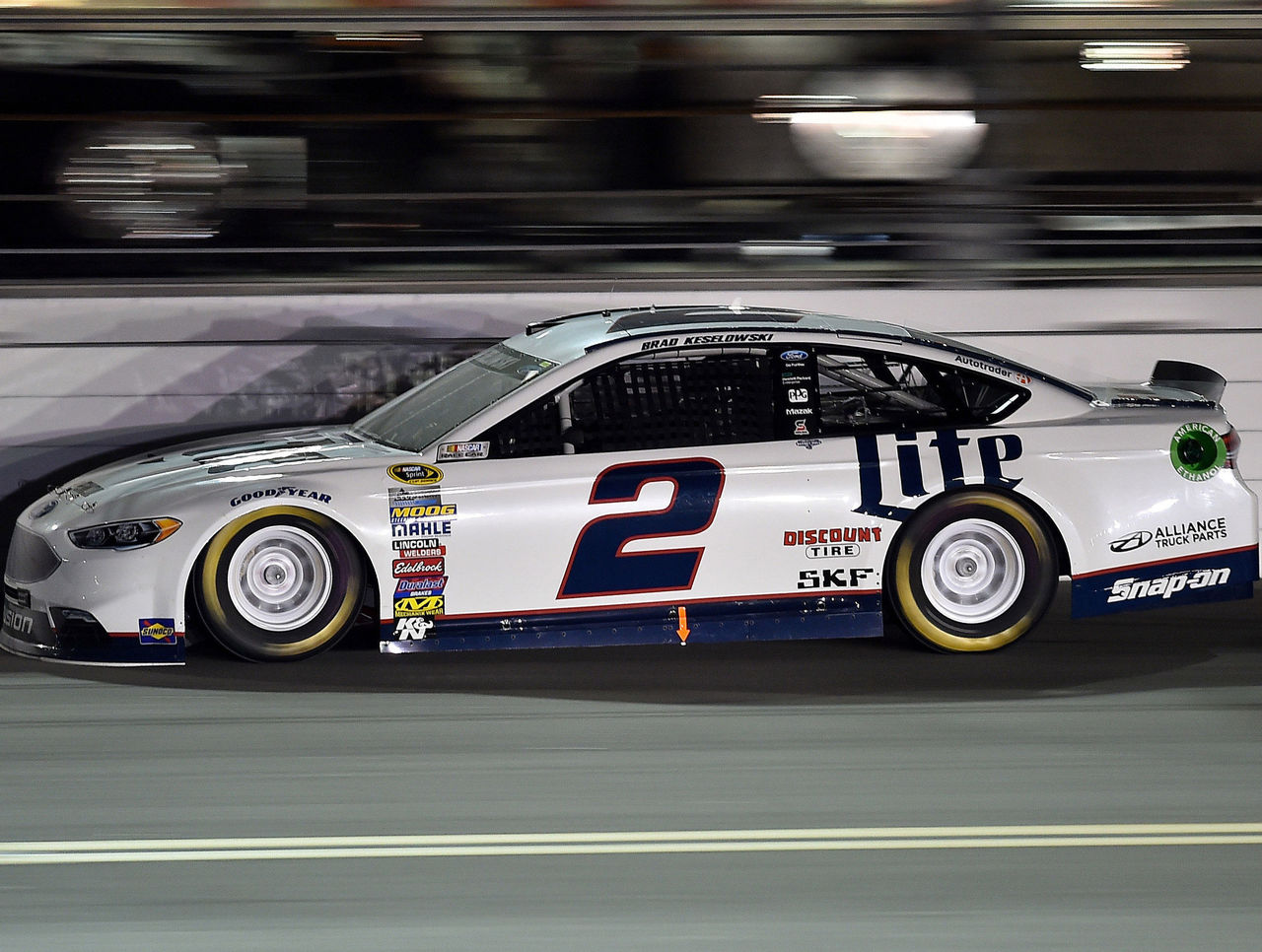 CHARLOTTE, N.C. – Brad Keselowski thought playing it safe over two races would slide him into the third round of NASCAR’s playoffs.

Then he wrecked at Kansas Speedway and plummeted to the bottom of the Chase standings.

Now Keselowski is facing elimination at Talladega Superspeedway. Also in trouble? Joey Logano, his Team Penske teammate, and at least one driver from Joe Gibbs Racing.

It’s hardly the scenario Keselowski predicted a week ago when he sat in the middle of the Chase standings with five drivers clumped together facing elimination. By his estimation, the four drivers knocked from the Chase field would come from that group. He figured the fifth would win a race to advance into the round of eight.

Keselowski got that part correct: Kevin Harvick’s win on Sunday took him from last in the Chase standings into the third round. What he didn’t predict: Contact that led to a 38th-place finish at Kansas.

Now Keselowski is 11th in the standings headed to Talladega Superspeedway, where the field will be cut from 12 to eight. Although he’s suddenly in very dangerous territory, he didn’t seem overly worried and doesn’t consider this week’s race a must win.

Keselowski is a four-time winner at Talladega, including a 2014 must-win victory that pushed him from the brink of elimination into the third round. He’s also the winner of the last two restrictor-plate races this year, at Daytona in July and Talladega in May.

”I am not worried about it,” he said. ”Talladega has been good to me and I am going to drive my butt off and at the end of the day I have faith that if it is meant to be, it is meant to be. We can’t get down. There is a long way to go still.”

What a bizarre second round this has been, beginning with the opener at Charlotte, where five Chase drivers finished 30th or worse. That included Denny Hamlin, one of the mighty Toyota drivers from JGR, who had an engine failure while running second. He needed a strong recovery at Kansas, but instead had a self-described ”terrible” race in which ”everything went wrong.” Hamlin sounded like a driver frustrated with errors that were out of his control and led to him falling to 10th in the standings.

But he’s a past winner at Talladega – if JGR and Toyota can give him the equipment he needs.

”I’ve got confidence I can win every single week on the race track,” he said. ”It’s just, this is a team sport, and you’ve got to have every facet of the car and the team all put together and we’ve just got to execute.”

Hamlin of all drivers understands the complexity of Sunday’s race at Talladega. Only Jimmie Johnson and Harvick, winners of the first two races in the second round, are safe and breathing easy.

Even though the standings show only seven points separate Logano and Autin Dillon, tied for eighth, from Keselowski in 11th, anyone in the field can be kicked out after Talladega. Hamlin was second in the standings at Talladega last year, but finished 37th and was eliminated.

That means none of the Gibbs drivers are guaranteed anything, and odds are at least one of them will be knocked out on Sunday. Same goes for the two Penske drivers. Considering where they are in the standings, it will be difficult for both Keselowski and Logano to advance out of Talladega.

So the stage is set for a walk-off home run that could save the season for the winner at Talladega.

Among those who will be swinging the fences is Chase Elliott, the rookie who has found himself in the second round of the Chase but last in the standings. Elliott is 25 points behind the cutoff, and almost certainly must win at Talladega to remain in the playoff field.

Should he pull it off, it would be the first Sprint Cup win of his career. He won the pole at Talladega earlier this year and finished fifth, so anything is possible.

”I will go there and race our hearts out and try to win, I guess,” Elliott said. ”That’s about all we can do.”