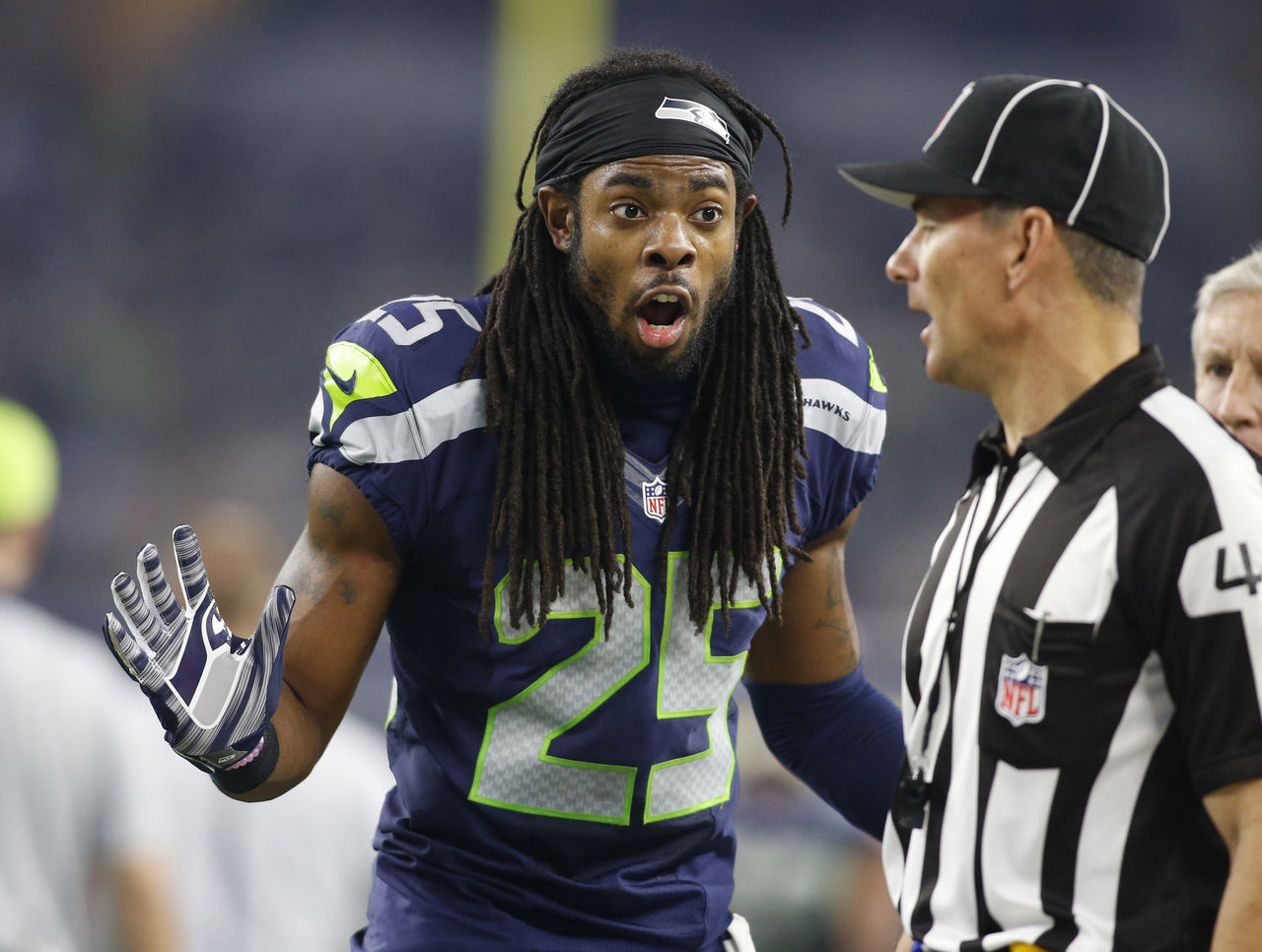 The Seattle Seahawks cornerback said Wednesday that he has no regrets about his angry sideline tirade during the Atlanta game that has become as much a part of the conversation as the Seahawks sitting at 4-1 or their game this Sunday at division rival Arizona.

”Nope, nothing at all,” Sherman said.

Sherman’s eruption in the win over the Falcons was a rare public display of strife among players and coaches. It took teammates Bobby Wagner, Kam Chancellor and Michael Bennett to finally calm Sherman.

But what became clear since the tirade are the events that led to Sherman’s outburst. There was a miscommunication between Sherman and backup safety Kelcie McCray that led to two different coverages being played and leaving Julio Jones uncovered down the sideline for a 36-yard touchdown.

Sherman was livid, although initially it was difficult to see what set him off other than the Seahawks blowing coverage and giving up an easy touchdown. Footage released Tuesday and broadcast on ”Inside the NFL” showed defensive coordinator Kris Richard and Sherman shouting at each other as the defense came off the field. Sherman’s anger ramped up after that, leading to sideline confrontations with coaches and teammates that took nearly the entire third quarter to simmer down.

Sherman said he has talked with Richard about what happened.

”There wasn’t much of a need. We’ve had a conversation but nothing outside of the norm. I think everything is pretty much understood,” Sherman said.

Sherman’s anger did have a lingering effect. Atlanta scored touchdowns on its next two possessions – including another long TD on an apparent blown coverage.

The Seahawks recovered in the fourth quarter. Atlanta was held to 24 total yards and Sherman had a hand – literally – in the key turnover when Matt Ryan’s pass slipped through Jones’ hands, was batted in the air by Sherman and was intercepted by Earl Thomas.

”We know each other, we understand each other, it’s happened at practice several times,” linebacker K.J. Wright said. ”If it happens, correct it, fix it, move on. That’s what we did. We moved on and we found a way to finish the game and then we fixed it the next day.”

Sherman was also irritated by how the final play of the game was portrayed during the weekly NFL show. Officials received criticism for not calling pass interference on Sherman for pulling Jones’ right arm as he attempted to catch a deep throw from Ryan on fourth-and-10. A penalty call would have put the Falcons in field goal range in the closing seconds.

Sherman was upset the footage didn’t show the beginning of the play where Jones hit Sherman in the facemask coming off the line of scrimmage, which could have drawn a flag.

”Even the NFL played a video and didn’t show the front of the play. That’s just how this league is about defensive players,” said Sherman, who added that he believed the edit was 100 percent intentional.

This is far from the first time Seattle’s dealt with internal conflict, but rarely has it come in such a public forum. Most notable were the issues between Percy Harvin and teammates during the 2013 Super Bowl title run that carried over into the following season and were in part behind his trade to the New York Jets.