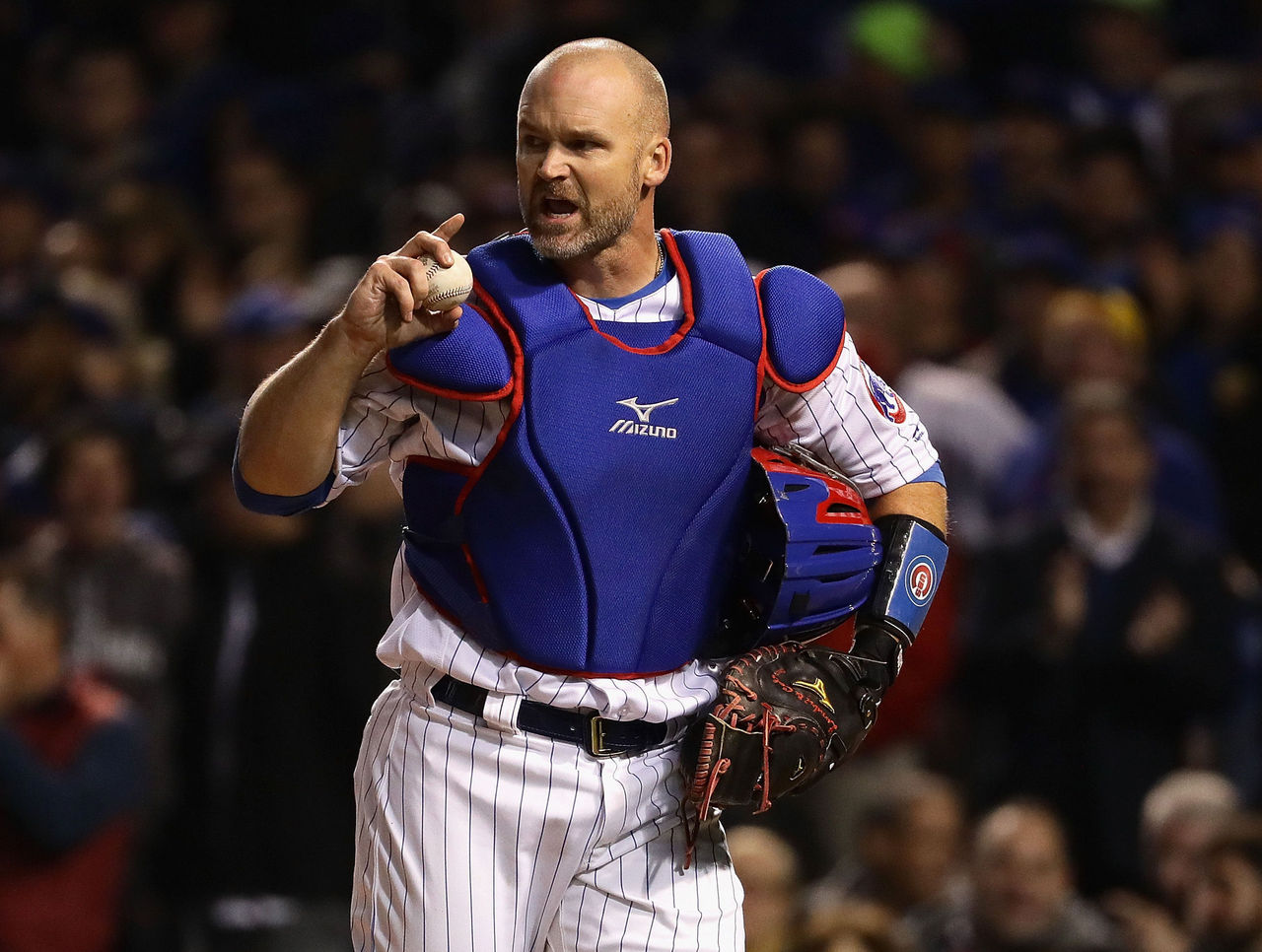 CHICAGO – David Ross isn’t done just yet. Same for Jon Lester and the rest of the Chicago Cubs.

Ross played a starring role as the Cubs stayed alive in the World Series, topping the Indians 3-2 in Game 5 on Sunday. The 39-year-old catcher, who plans to retire after the season, had a superb night behind the plate and delivered a clutch sacrifice fly that helped Chicago to its first Series win at Wrigley Field in 71 years.

”I’ve had a storybook year, honestly,” Ross said. ”There are so many things I can talk about that have happened to me over this year. That’s just another cool one to get the sac fly that puts us ahead and we hold on.”

He even got a shoutout from Pearl Jam frontman Eddie Vedder, who dedicated ”Take Me Out to the Ball Game” to Ross during the seventh-inning stretch of his final home start. ”We love you Rossy,” Vedder said as the crowd roared. ”Let’s take this show to Cleveland!”

”Everybody was looking at me like, dude, Eddie Vedder just dedicated the whole seventh-inning stretch to you,” Ross said, ”and I’m like, my mind’s blown, I’m thinking about being out of the game and he’s a quality individual. He’s just a good person, rock star, everybody knows who Eddie Vedder is. He says my name, it’s a huge compliment.”

Ross and his good buddy Lester also combined to slow Cleveland’s attack after the Indians rolled to a 7-2 victory Saturday night. Lester bounced back from a so-so outing in the Series opener, pitching six solid innings to improve to 3-1 with a 1.93 ERA in five postseason starts this year.

Ross’ Game 5 included a pair of adventures in foul territory. He had one foul pop go off his glove near the railing of the visitors’ dugout, but first baseman Anthony Rizzo was there for a juggling catch . Ross collided with Rizzo on a foul popup in the fourth and held on for the out.

But Ross put together his best work when he stayed behind the plate. He did a solid job of framing close called third strikes to Brandon Guyer in the fifth and Jason Kipnis in the sixth. After Kipnis’ strikeout, Ross cut down Francisco Lindor trying to steal second for the final out of the inning.

Ross, nicknamed “Grandpa Rossy” by his young teammates as he wraps up his 15th season, was taken out for a pinch hitter in the sixth, and he shared a big hug with Lester in the dugout.

”I just said I love him,” Ross said. ”Thanks for everything. I love him.”