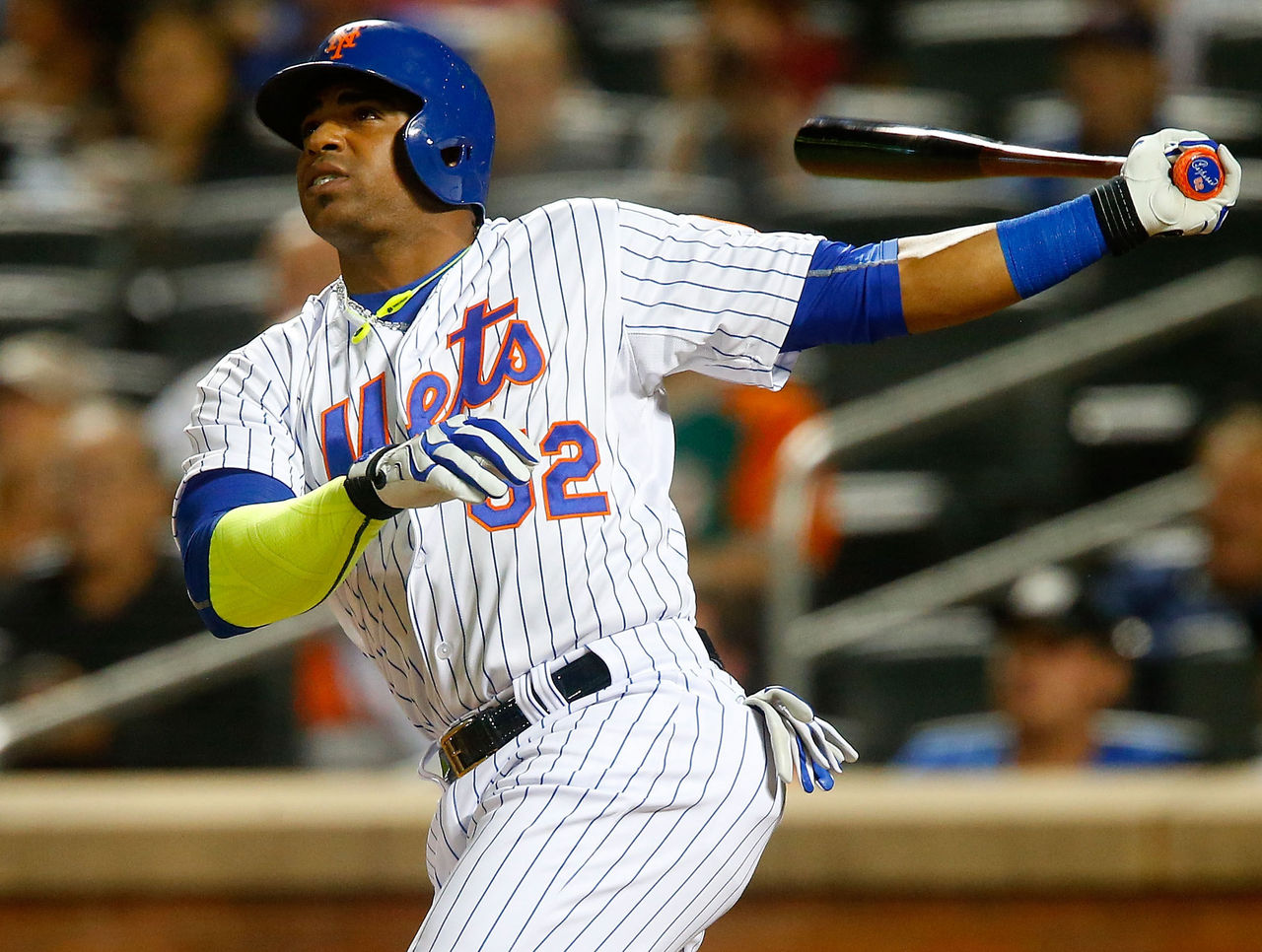 The two-time All-Star will opt out of his current contract in hopes of landing a five-year deal in free agency, Mets officials told Adam Rubin of ESPN.

While the Mets would love to have Cespedes back in Queens, Rubin notes the team is pessimistic about their chances of re-signing him, but will extend a one-year, $17.2-million qualifying offer as insurance should he leave.

Cespedes inked a three-year, $75-million deal with the Mets in January that included an opt-out after this season. He’d forfeit roughly $47.5 million by entering free agency, but would hope to land a much more lucrative deal.

Since joining the Mets at the non-waiver trade deadline last August, Cespedes has slashed .282/.348/.554 with 48 home runs and 130 RBIs in 189 games. He would join a rather weak market as the top outfield option, along with 36-year-old Jose Bautista.