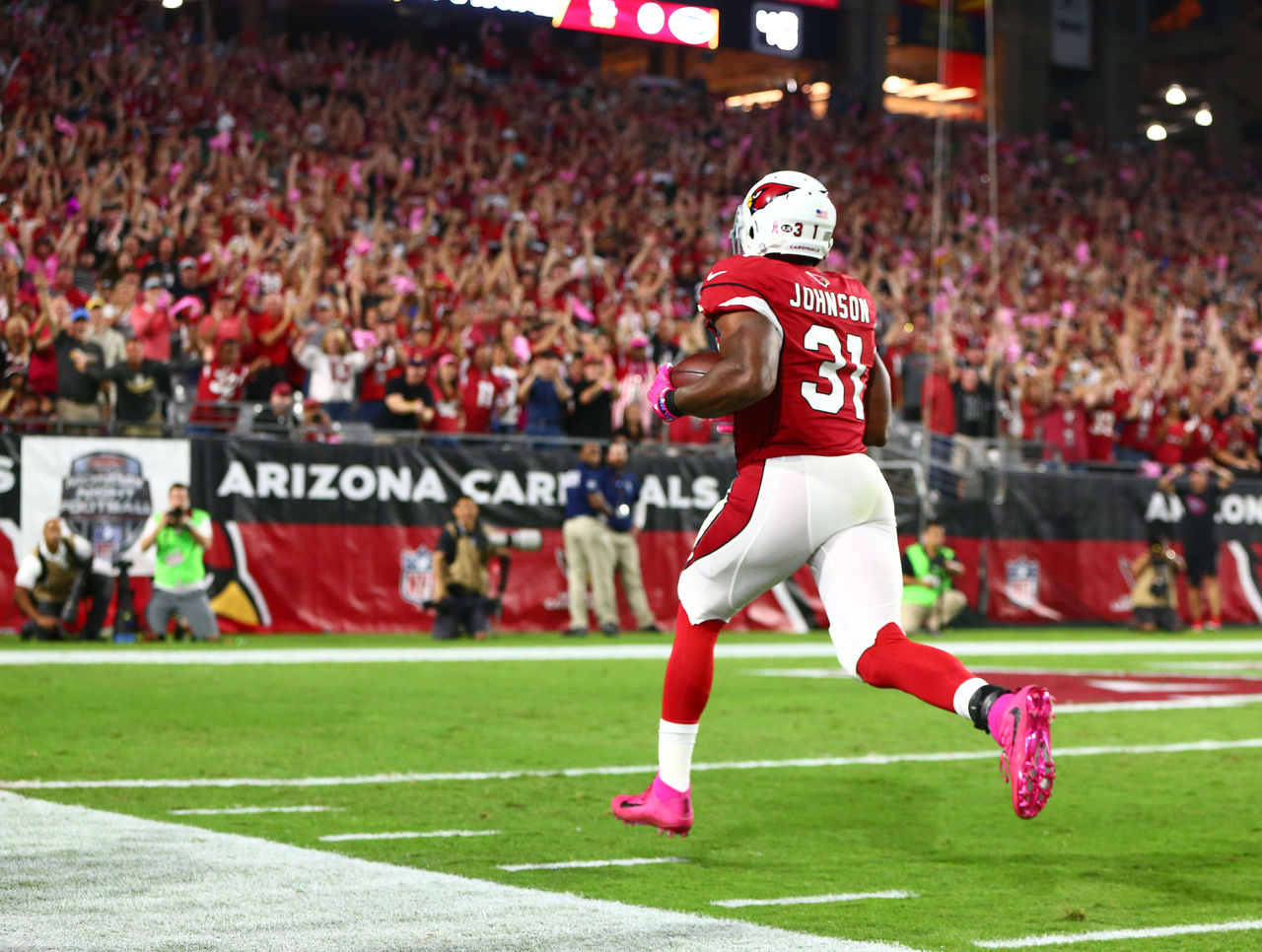 With David Johnson looking like the best all-around running back in the league, it’s time to reassess the 2015 running back draft class.

Johnson lasted until the third round before the Arizona Cardinals took him off the board, and that decision has paid handsomely. In 22 games, Johnson has tallied over 1,100 rushing yards, 700 receiving yards, and 20 touchdowns.

It’s shaping up to be a very solid running back class with 10-15 players operating as major contributors for their teams, but if franchises were drafting today, the landscape would likely look much different.

Here’s how the 10 most successful running backs from the 2015 draft class came off the board:

Where they slot after 22 games:

It’s close, but you’d have to give Johnson the slight nod over Gurley at this point. Johnson does more in the passing game and has taken his game to a different level this season

Gurley is a throwback power runner with great speed who is dominant at times. He’s had a slow start to his second season, but has begun doing more work on third down, catching 15 passes for 133 yards through six games – he caught 21 for 188 during his entire rookie season.

An early season injury lost Coleman touches in his rookie season, but now he looks like the Falcons best back. He might be the second best receiving back in this class and does enough between the tackles to be considered a major asset.

Statistically Gordon has improved this season, with seven total touchdowns through six games, but the stats have been slightly hollow as Gordon’s still averaging just 3.4 yard per carry and has lost two costly fumbles after four in his rookie year.

If injuries didn’t limit Rawls’ production he could be higher on this list. An amazing run during his rookie year, 830 rushing yards in 13 games, put him on the map but there’s still room for him to grow as the Seahawks’ workhorse back if he can get healthy.

An up and down rookie season offered lots of promise as Jones wrestled the Redskins No. 1 job from Alfred Morris. He’s upped his production as the top dog in year two but still lacks the consistency of others on this list.

Flashy at times with more potential than production, Abdullah was expected to break out in his second season before a foot injury landed him on injured reserve. Still has the talent to be a massive game breaker in the NFL.

Operating almost exclusively as a receiving back in his rookie season, Johnson has added to that role in the Browns backfield. He’ll likely be a big part of the Browns future plans whenever they decide to stop tanking.

Ajayi passes the eye test every time he steps on the field. He’s shifty and constantly makes plays whenever he gets out of Adam Gase’s dog house long enough to see snaps. Ajayi will always be an injury risk but has as much talent as anyone from this draft class.

Had the opportunity to take the Jaguars job over last season – and while Chris Ivory was injured this year – but couldn’t make much happen. He’s still a solid option in any backfield as a downhill runner but likely didn’t deserve to come off the board third in this group of runners.