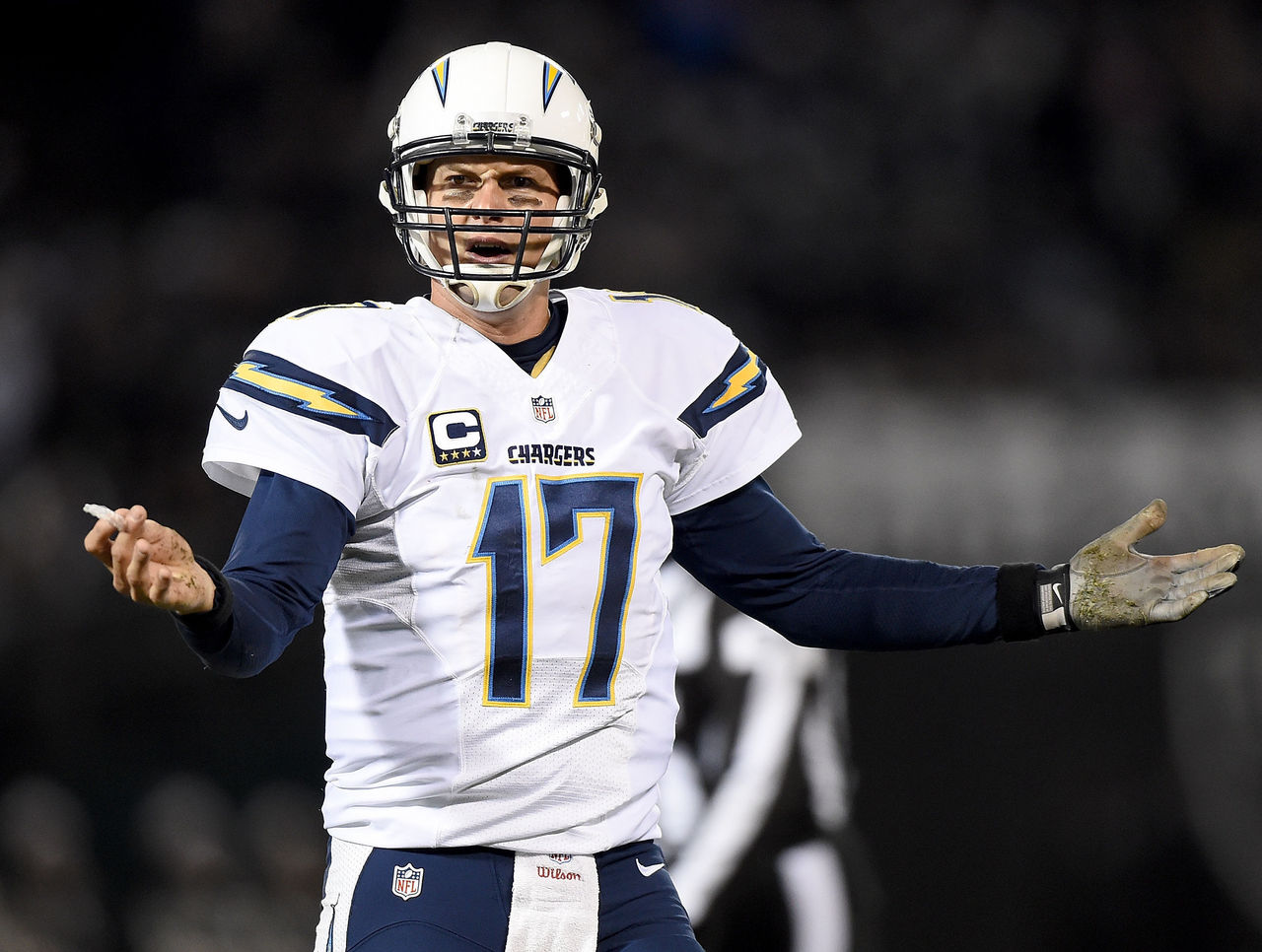 While many have called for the rebuilding San Diego Chargers to trade quarterback Philip Rivers while he still has a chance to win, he’s fine where he’s at.

The 34-year-old quarterback looks to be headed for another year of carrying the Chargers (1-4) on his back on their way to a sub-.500 season. Most would assume Rivers wants to take a shot at winning a Super Bowl before his career is over, but he feels comfortable with what he’s done and where he’s at.

“I guess I should take that as a compliment,” Rivers told ESPN’s Eric D. Williams about others calling for him to get a shot at winning.

“But at the same time, nobody should feel sorry for me, really. I have an opportunity to play quarterback in the NFL, live here, and play here.

“My faith, my family and this football is more than I could ever imagine as an 8-year-old little boy. Yeah, we’re in a tough stretch, but there’s doesn’t need to be any sympathy for me. I look at it as, while I honestly feel I’m playing pretty good, I look at it as my job is to find a way to lead us to win games. We’ve won five of 21 with me at quarterback, and I take responsibility for that, too.”

Rivers, who is in his 13th season in San Diego, is under contract with the Chargers through the 2019 season. He says he has no plans to leave, which doesn’t give the veteran much time to get a ring – if indeed he wants one.