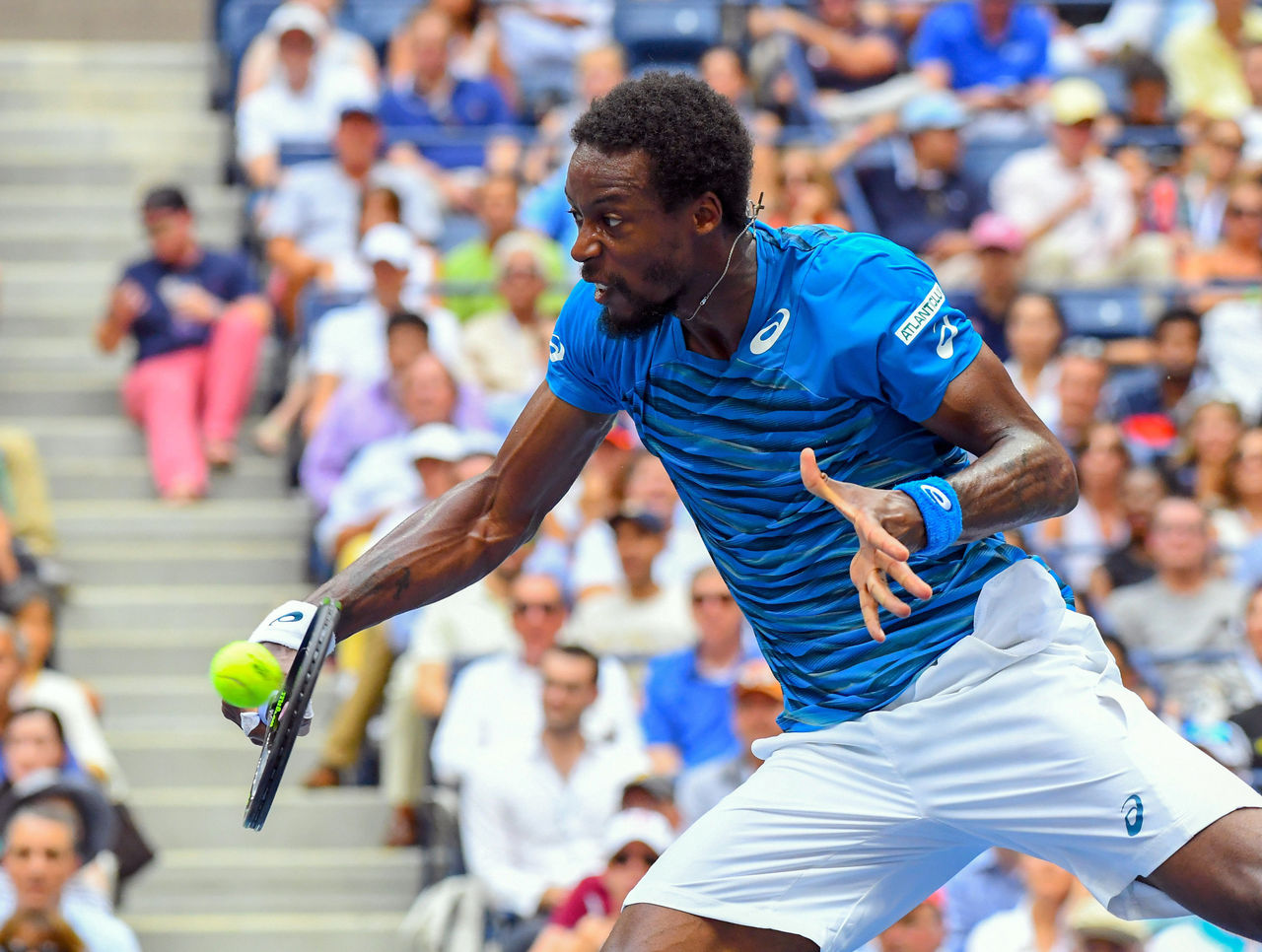 Gael Monfils put on an oft-mystifying display in his US Open semifinal loss to Novak Djokovic on Friday, employing strange tactics that made it seem like he was either injured or tanking.

At certain points, he didn’t even get into a crouching return stance on Djokovic’s serve, standing straight upright and well inside the baseline to receive, then lofting back listless backhand stabs. At other points, he resorted to serve-and-volleying, or crashing the net mid-point with little rhyme or reason behind the timing or the placement of his previous shot. He hit second serves of 134, 137, and 138 mph. Two went for aces, one a double fault.

Turns out, it was all part of the plan for Monfils, who says he was simply looking for a way to junk up Djokovic’s rhythm and give the world No. 1 something to think about. Djokovic had won all 12 of the pair’s head-to-heads coming in, and ran out to a 5-0 lead in the first set.

“Definitely I try to get in his head, you know, try create something new for him to see,” Monfils said after the match. “When the guy is too good, you know, playing clean and you’re playing very bad … you need to change.”

Odd as Monfils’ strategy may have looked to the untrained eye, his possum-playing antics actually worked, for a time. Djokovic was noticeably confounded, made a slew of unforced errors, and dropped three straight games – including two set points. Monfils even ended up earning two break points to get back on serve, before Djokovic settled himself down and closed out the set.

The match got progressively more conventional from there – though it remained pretty strange – and Monfils won a competitive third set to make things a little more interesting. To those, like ESPN analyst John McEnroe, who felt Monfils was actively choosing not to compete, the Frenchman had some strong words.

“Fuck yes, I’m competing,” he said. “Even I’m like at my best actually. The guy is too good. I just have to change, you know.

“I think I’m gutsy to try that, you know, against the world No. 1. … And then I won’t win a match like that, but I can win maybe 15 minutes, maybe two more games, one more game. I can push him a little bit to defend also myself, more confidence, and put him out his balance. You know, it was a great strategy, I think.”