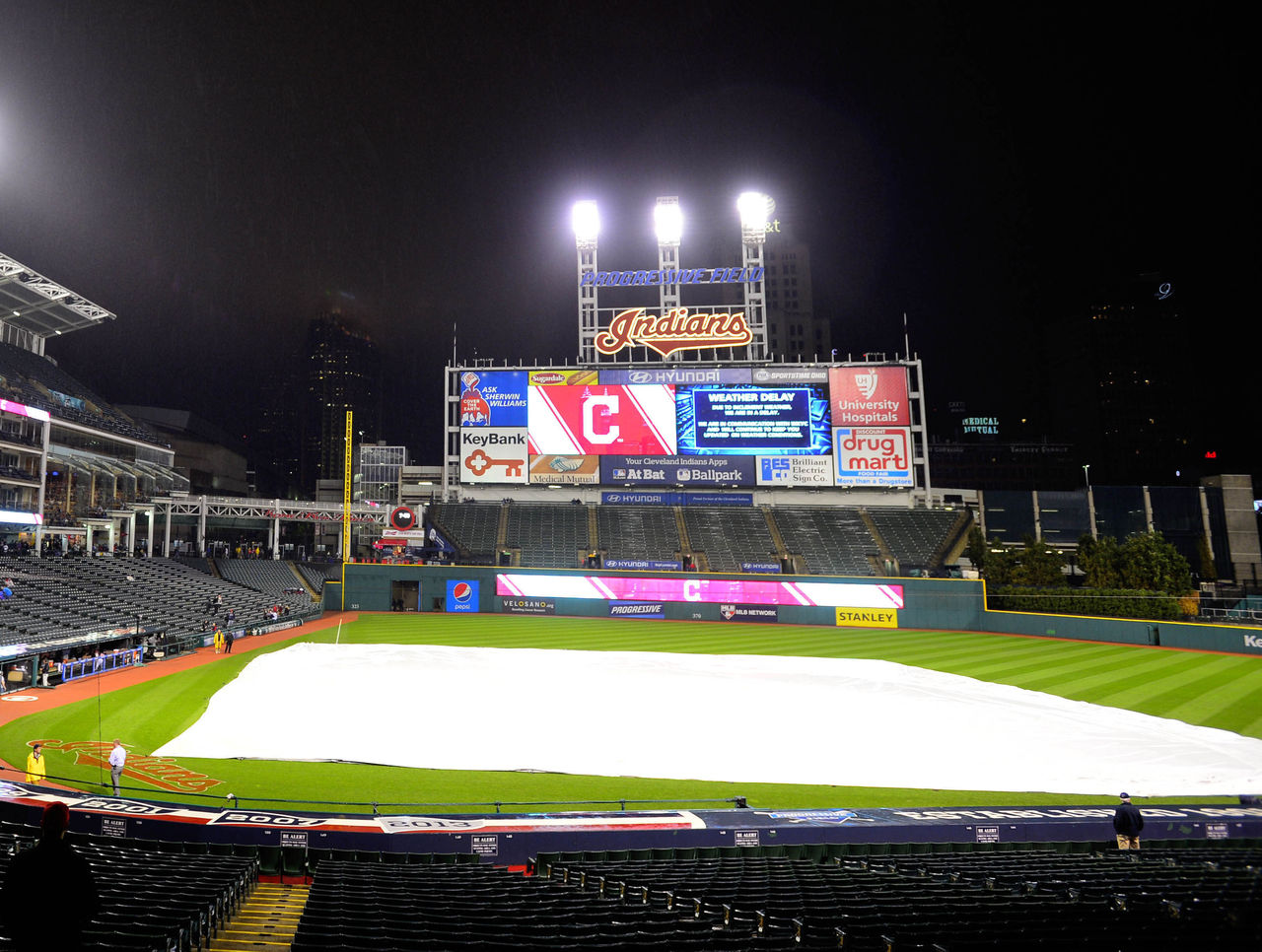 One way or another, the Cleveland Indians and Chicago Cubs will try and play Game 2 of the World Series on Wednesday.

The forecast looks bleak – rain as of the early evening – and it’s expected to worsen as the night goes on. MLB commissioner Rob Manfred, however, said the conditions shouldn’t stop the teams from playing.

Midway through Tuesday’s Game 1, MLB pushed Game 2 up one hour (to 7 p.m. ET), and while the change was unusual, World Series umpiring crew chief John Hirschbeck said it was the right decision.

“Definitely as long as I have been around, it’s unprecedented, but I think it was a very smart decision by the commissioner,” Hirschbeck said, according to MLB.com’s Alyson Footer and Adam McCalvy.

“Fortunately, FOX worked with them so that they could move the game time up, if it’s going to avoid a long rain delay. Technology is so good today, even us as umpires, we look like geniuses on the field because of the radar and everything we have during the game. I think it’s a smart decision.”

Per MLB regulations, postseason games are handled differently than regular-season contests. Instead of requiring five innings to be official, all postponed playoff games continue where they left off on another day.

Thursday is a travel day, and could serve as a makeup day should Game 2 be postponed.

Maddon said moving the start time was a “good idea,” while Francona was indifferent.

“I’m sure they have good reason,” Francona said. “If it’s supposed to rain late, I don’t really have a reaction. I’m going to be here anyway by 10, so it doesn’t really matter.”

Chicago will send Jake Arrieta to the mound, while Cleveland will roll with Trevor Bauer.