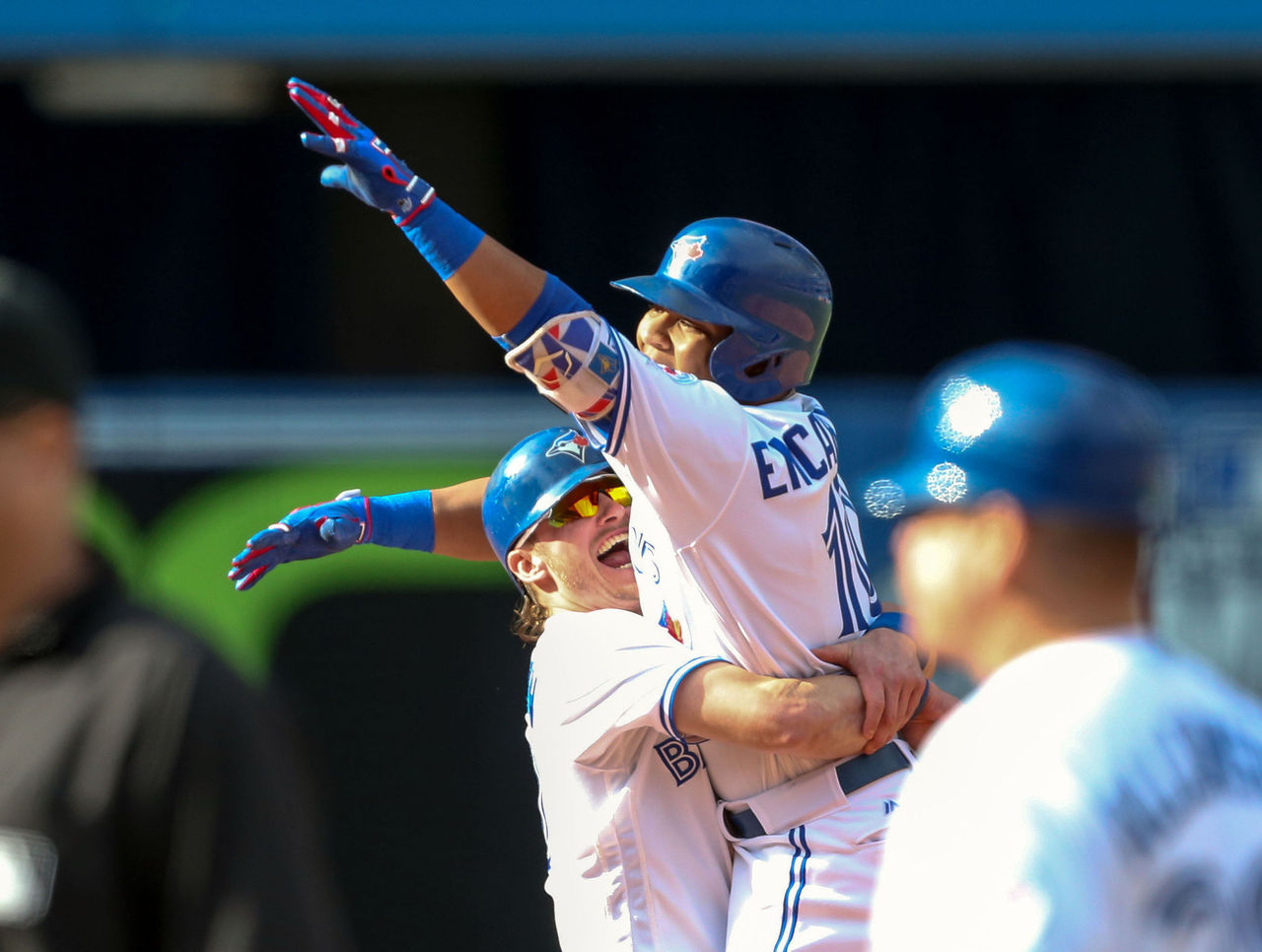 Every night, we look around Major League Baseball and identify three things you need to know about the playoff races. Here’s what happened Sunday:

At this point, it’s inevitable that the Boston Red Sox will win the American League East Division. But in second and third in the division are the Toronto Blue Jays and Baltimore Orioles. With wins on Sunday, both squads are on a three-game winning streak, and both in a wild-card spot. As it stands, the two will tango for a three-game set starting on Tuesday in what’s shaping up to be the biggest series of the season for both sides.

On paper, the Chicago Cubs are the best team by record, but lately, the Boston Red Sox are the best team in baseball. The Red Sox have already clinched a playoff spot, and it’s a matter of time before they clinch the division. Boston has won 11 games in a row, and if being the most offensively gifted team in baseball wasn’t enough, the pitching staff has struck fear into the rest of baseball, too. Red Sox pitchers combined for a major-league record 21 strikeouts over nine innings, including 11 in a row at one point.

After winning four straight games a week earlier, the St. Louis Cardinals are picking a bad time to get into a mini rut. With seven games left in the season, the Cardinals have now lost three of their last four games, and remain in a dead heat with the San Francisco Giants for a playoff spot. The only saving grace here is St. Louis gets the Cincinnati Reds and Pittsburgh Pirates to end the season in one last shot to make the postseason, and the best part is all their remaining games are at home.