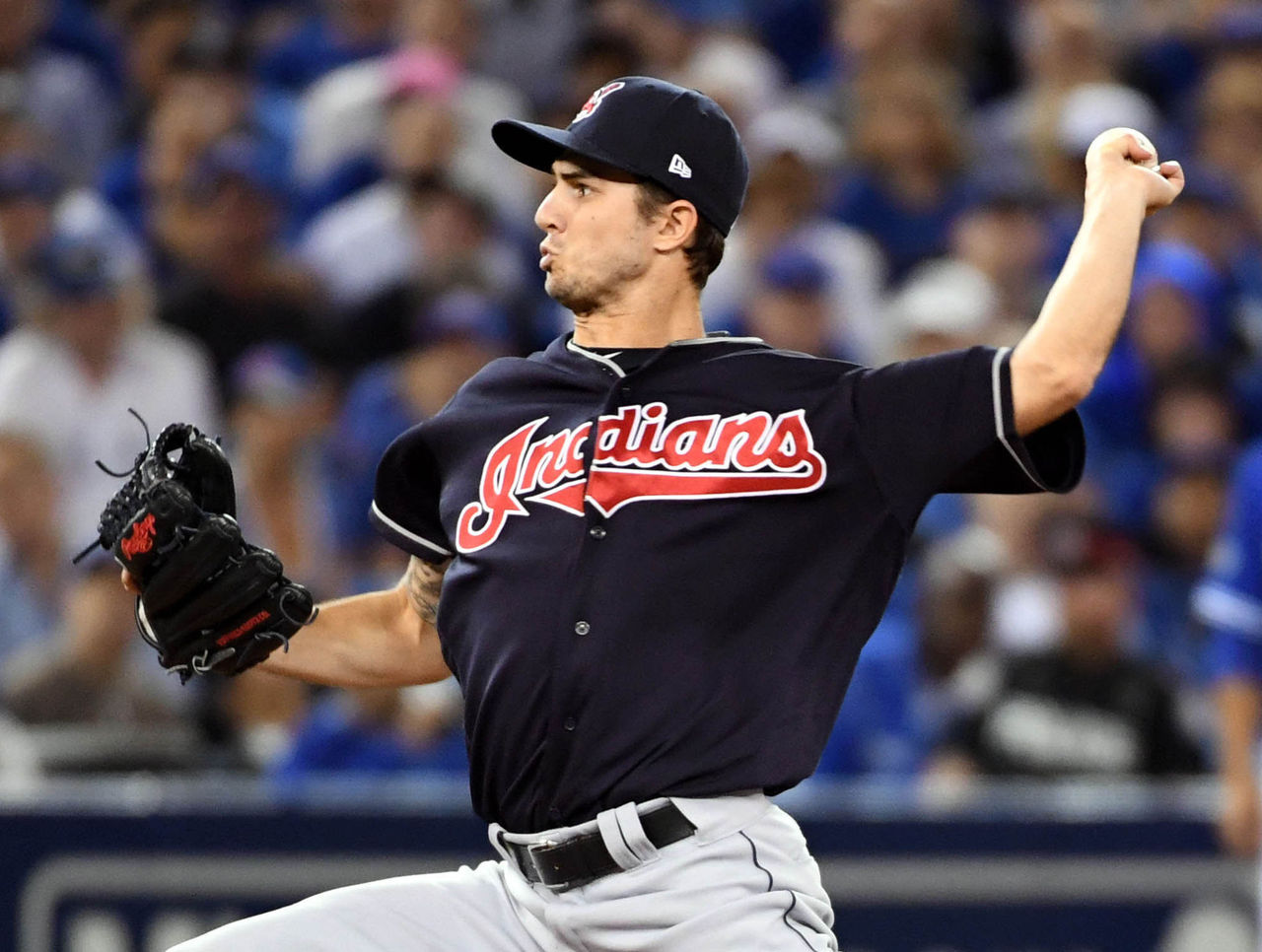 Not only was Ryan Merritt unfazed by the big stage, the Cleveland Indians’ rookie left-hander thrived on it.

Virtually an unknown commodity, the 24-year-old demonstrated why Indians manger Terry Francona had confidence to pitch him in a potential series-clincher. Mixing a mid-80s fastball and a 69-mph breaking ball, Merritt tossed 4 1/3 shutout innings of two-hit ball, striking out three in front of a raucous sold-out crowd at Rogers Centre

After retiring Troy Tulowitzki to start the fifth, Merritt allowed a bloop single to Russell Martin that would end his day. Bryan Shaw then retired Ezequiel Carrera and Kevin Pillar on strikeouts to end the inning.

Following the Blue Jays’ 5-1 victory in Game 4 that kept Toronto’s season alive, slugger Jose Bautista was asked about approaching Merritt, having never seen him before.

“We’ll try to look at videos, look at some scouting reports, see how his ball moves,” Bautista told reporters. “Not having seen him is something that could go either way. With our experience and our lineup I’m pretty sure he’s going to be shaking in his boots more than we are. I like where we’re at.”

Merritt began his outing by inducing a five-pitch leadoff groundout from Bautista, before retiring him for a second time in the fourth with a fly ball to center.