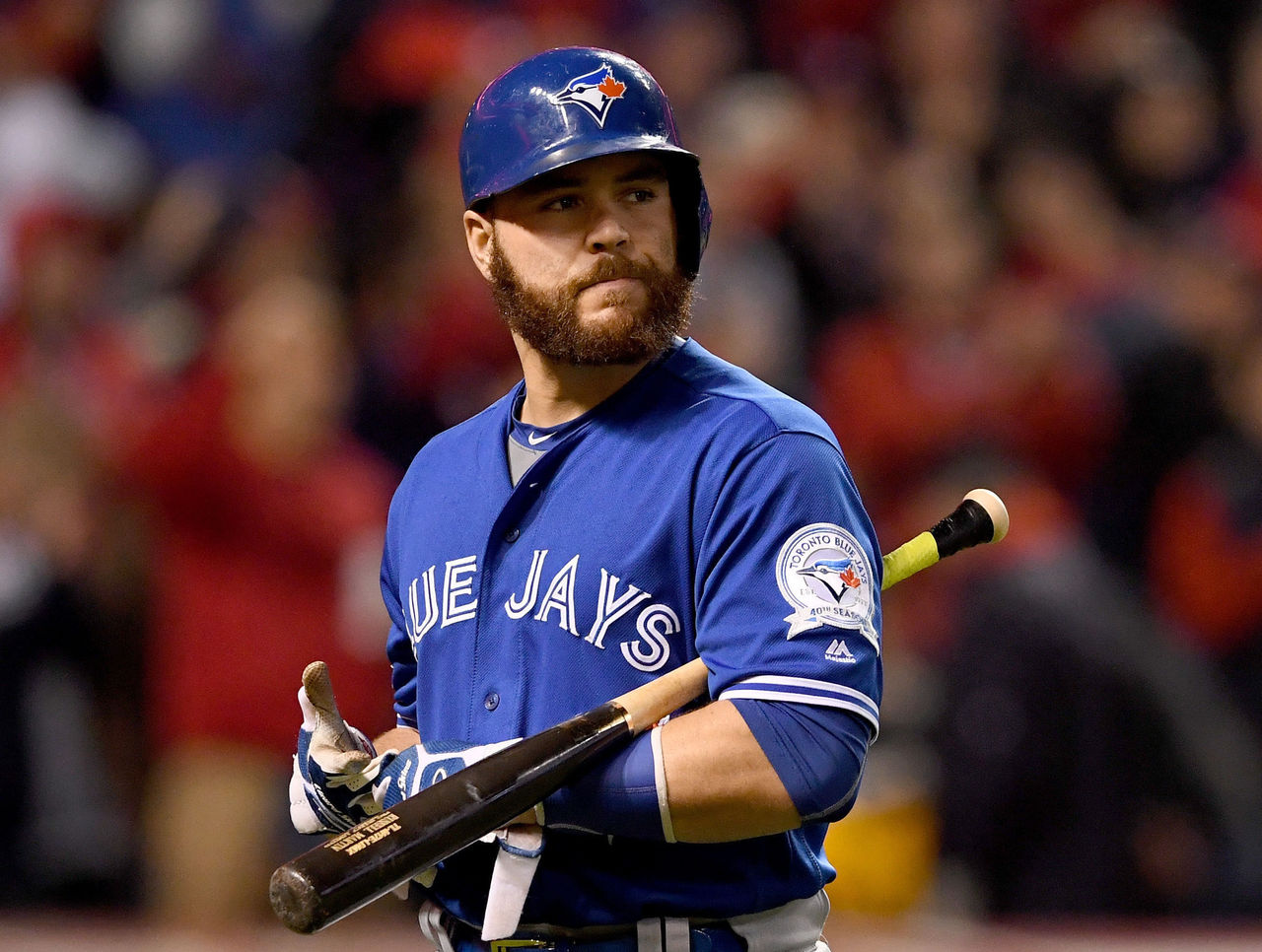 A postseason hitter, Russell Martin is not.

In this his ninth year in the playoffs, the Toronto Blue Jays’ catcher is batting a career .185/.300/.307 in the postseason. So far in this year’s American League Division Series and AL Championship Series, he has two hits in 23 at-bats, and has notched 12 strikeouts in the process.

In Monday’s Game 3 loss to the Cleveland Indians, it was more of the same as he went 0-for-4 with three strikeouts.

“I’m not having very good at-bats,” Martin told reporters. “I’ve got to swing at strikes.”

While that might seem like an obvious statement, the veteran is talking about his approach, his pitch recognition, and plate discipline.

Martin isn’t sticking to his approach at the plate, which garnered him 63 walks this season, his most since 2009. In fact, Martin’s most successful offensive seasons were his first four in the bigs, from 2006-09.

Over that span, he was issued 271 walks. His next seven seasons, however, have seen him draw 385 free passes. And in three of the last four seasons his strikeouts have climbed into double digits – something he’s never done before.

“I feel like I’m just chasing a bit right now instead of just taking my walks,” Martin said. “If they’re not going to throw me strikes, I’ve got to take my walks. I think I need to try to be a little bit more disciplined at the plate right now.”

Over three games in the series, Cleveland pitchers have only walked seven batters. So the likelihood of Martin getting strikes is one thing, but getting hittable strikes is another, as the Blue Jays have struck out 27 times.