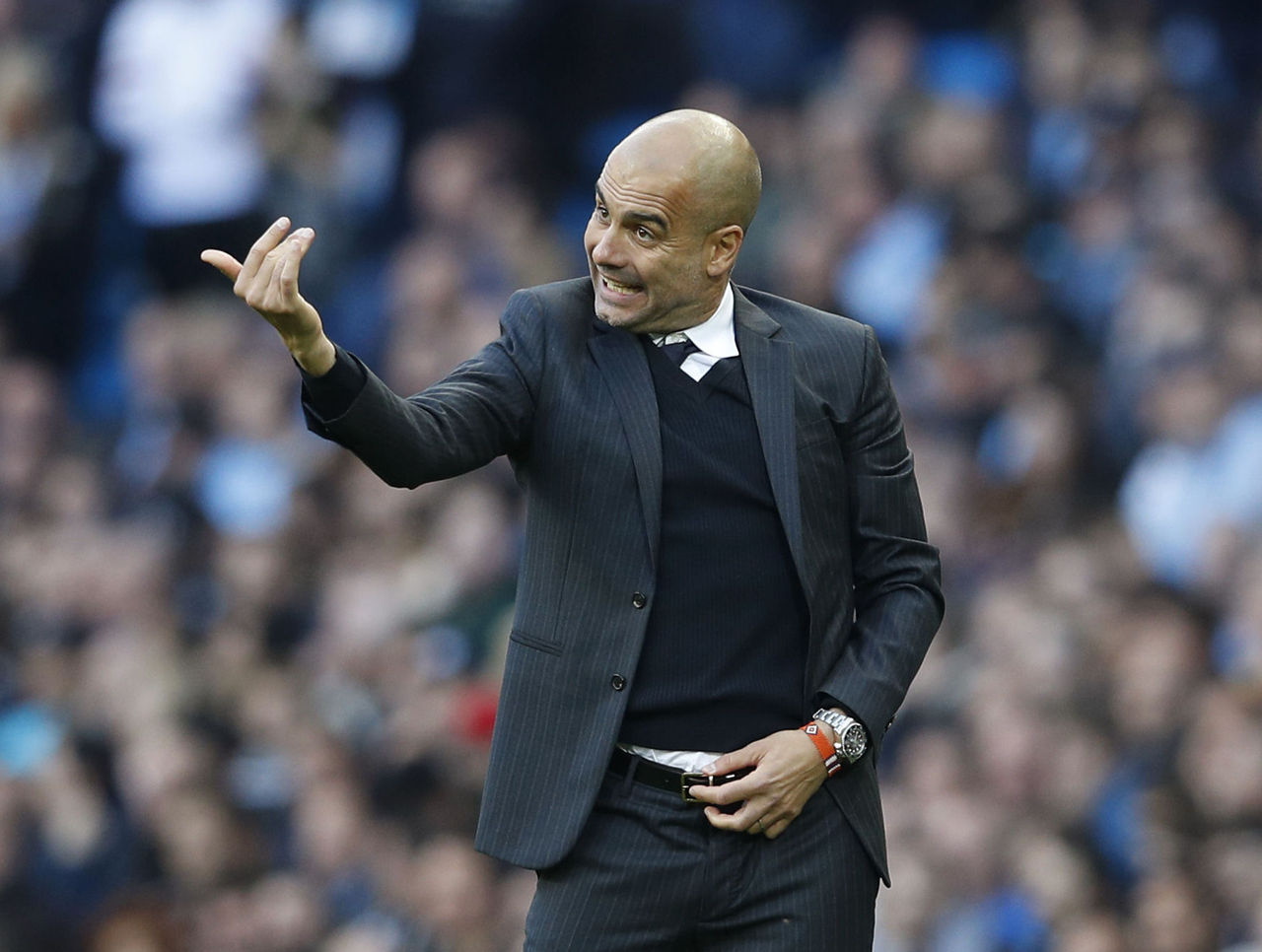 Pep Guardiola is officially enduring the worst run of his glittering managerial career.

With Manchester City being ousted from the EFL Cup at the hands of bitter rival Manchester United on Wednesday, the revered tactician is now winless in six consecutive matches (in all competitions) for the first time ever.

Juan Mata’s second-half strike earned United a 1-0 win over City – who captured this title last season – as Jose Mourinho’s side bounced back to reach the English Football League Cup quarter-finals.

Humiliated 4-0 by Mourinho’s former club Chelsea at the weekend, United got back to winning ways and claimed a measure of revenge for a 2-1 defeat by Guardiola’s City in last month’s league derby.

The result at Old Trafford gave Mourinho only his third victory in 13 encounters with Guardiola.

Mourinho previously won the competition three times at Chelsea and with City, Chelsea and Tottenham Hotspur all falling by the wayside in the fourth round, his path to the final is clearing once again.

While City remains top of the league, on goal difference, and although Guardiola selected a much weaker team than Mourinho, the club’s early season momentum has gone missing.

Mourinho used his programme notes to say “sorry” to United’s fans for the result at Chelsea and his decision to make only four changes to his starting XI showed his eagerness to make amends.

Guardiola, in contrast, made nine changes, notably handing starts to youngsters Pablo Maffeo and Aleix Garcia – the former put in an impressive showing, in particular.

With Zlatan Ibrahimovic and Paul Pogba both wasteful, United struggled to establish a foothold in City territory; when the Red Devils did, City always seemed to have the answer.

Had Marcos Rojo not rushed across to block from Kelechi Iheanacho, meanwhile, United would have trailed at the interval.

But Mourinho’s half-time team talk had the desired effect and after City goalkeeper Willy Caballero had touched a shot from Pogba onto the post, after a slick United move, the host took a 54th-minute lead.

Leaving Nicolas Otamendi on his back in an aerial challenge, Ibrahimovic crossed from the left and with Ander Herrera and Fernando colliding at the near post, Mata popped up to sweep home.

United will now host West Ham in the quarter-finals of the competition.