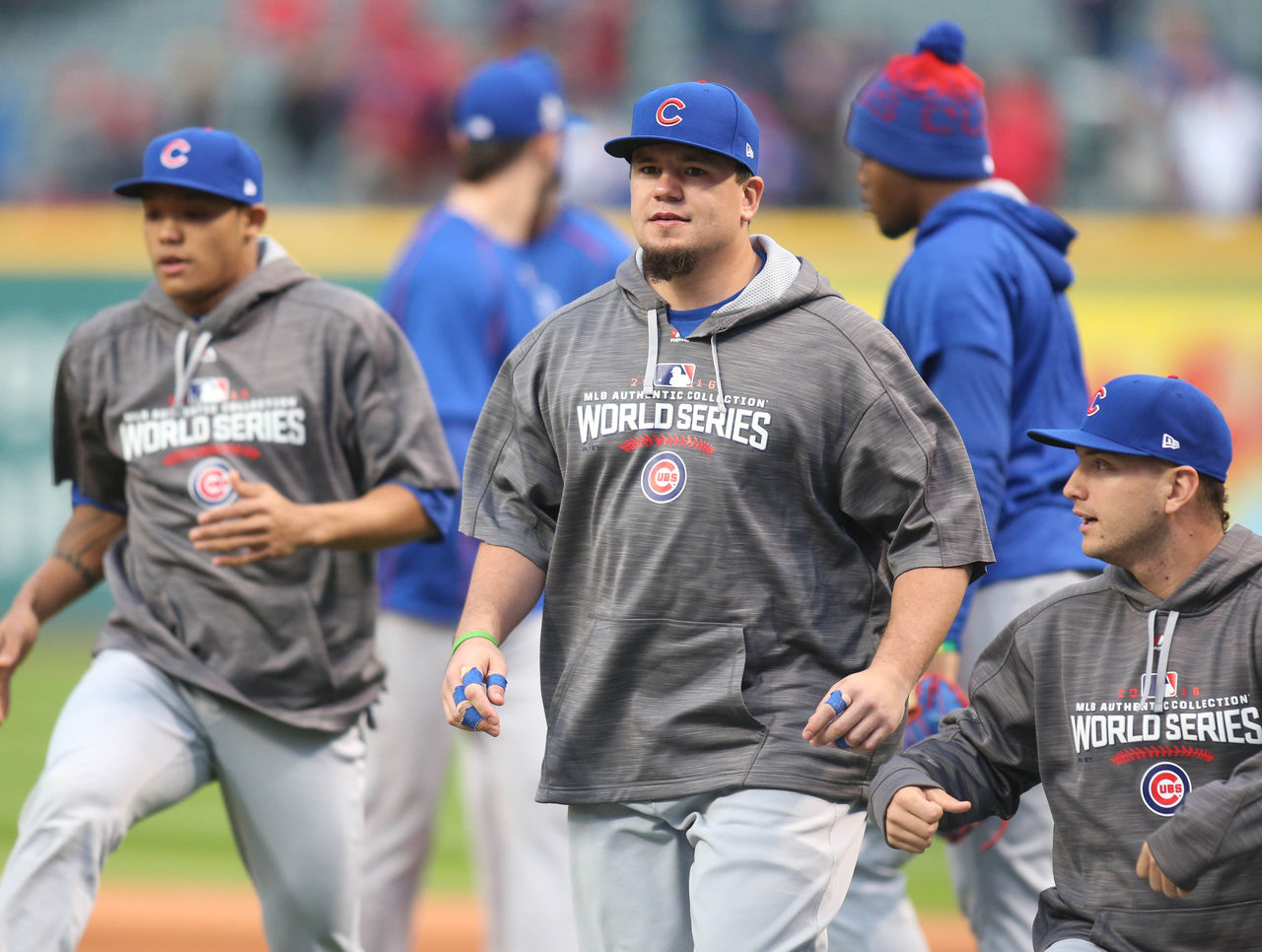 The Chicago Cubs will head home to take on the Cleveland Indians in Game 3 of the World Series Friday, and ideally, they’d like Kyle Schwarber in the lineup.

With American League rules in play for the first two games, it was easy to slot the lefty slugger into the designated hitter spot.

But as the team reverts to National League rules, the pitcher will hit, and if Schwarber is to grab a bat, he’ll have to play in the field somewhere. Cubs manager Joe Maddon said Wednesday that doctors will determine his availability to take fly balls on Thursday.

“That’s going to be what the doctors tell us. I have no idea,” Maddon said, according to ASAP Sports. “We’re going to go back. We have mandatory workout tomorrow, so we’re going to be at the ballpark. If it’s okay, possibly you might see him taking some fly balls, if there’s any chance at all.

“But I honestly don’t know. That’s something I’m waiting to hear from our guys, from our medical side, because obviously he looks good. He looks good at the plate. Running the bases he looks pretty good so far. I talked to him there before his last at-bat. I asked him if he got on base if he was good to go. He said, yes, and I said, OK, fine. Good to go as far as running.”

Cubs general manager Jed Hoyer reiterated that while the team will have conversations about the matter, the immediate scenario is that Schwarber isn’t cleared to play the field, and they won’t put him at risk.

In just 71 MLB games, Schwarber has played 43 of them in the outfield, 21 of them at catcher, six of them at DH, and one as a pinch-hitter.

With Willson Contreras behind the plate and Schwarber’s lingering injury, there’s no chance he’ll catch. So the issue becomes where he plays in the outfield.

Chicago isn’t likely to bench Dexter Fowler or Ben Zobrist, so the expectation is Schwarber will play left field should he be penciled into the lineup, with Zobrist sliding to right field.

Indians manager Terry Francona got his first glimpse of the slugger as the Cubs handed him his first World Series loss, and he’s impressed.