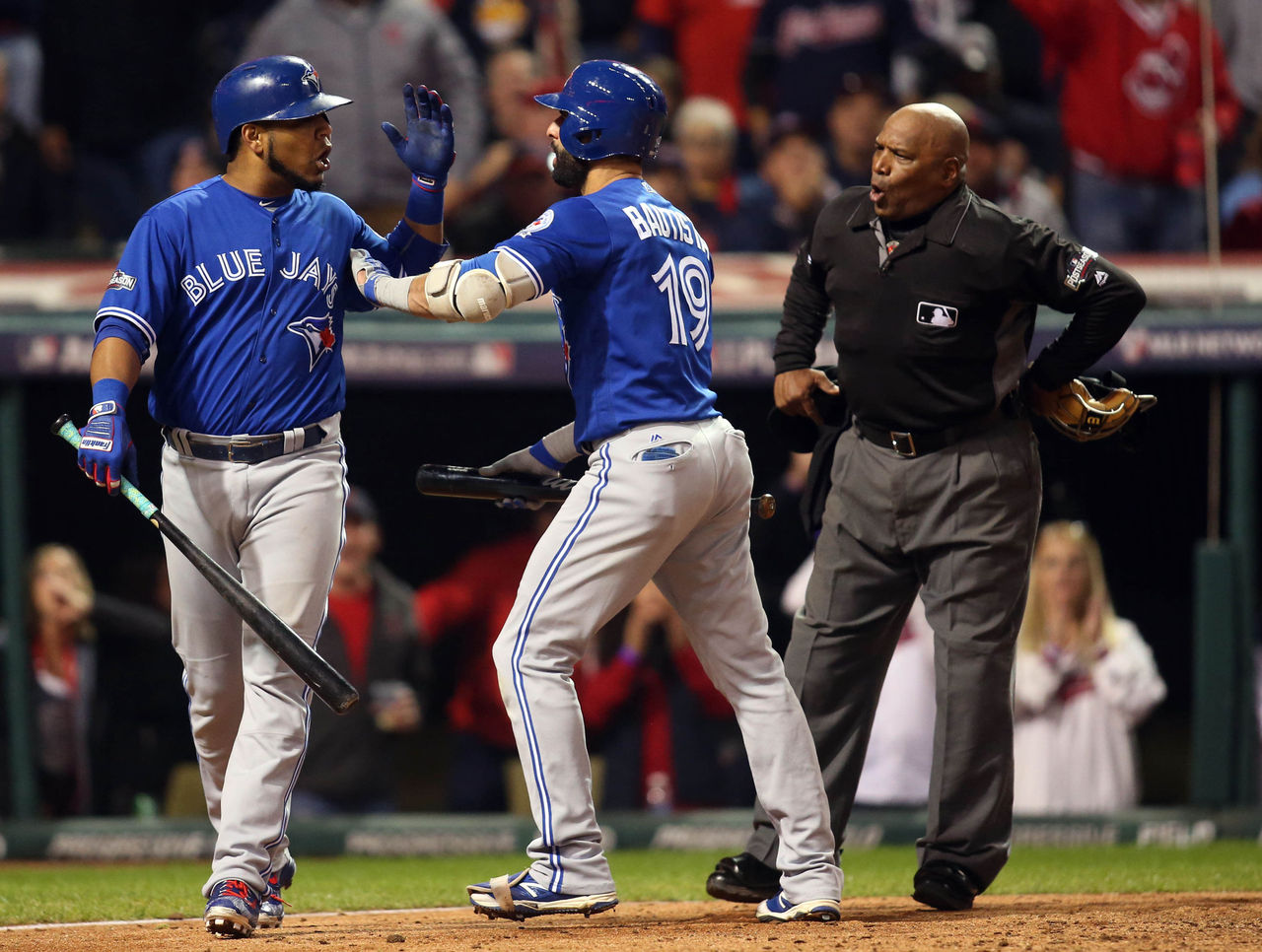 Andrew Miller wasn’t the only person at Progressive Field giving the Blue Jays fits on Friday.

Toronto’s big bats were quieted by Miller, Corey Kluber, and Cody Allen during the Indians’ 2-0 ALCS-opening win, but no one appeared to frustrate Blue Jays players more than home plate umpire Laz Diaz and his strike zone.

The Blue Jays actually outhit the Indians 7-6, but a lack of timely hitting, Francisco Lindor’s two-run homer, and Miller’s dominant five-out appearance ended up being the difference. Miller’s slider in particular proved to be the thorn in the side for the Blue Jays, who were none too happy with how Diaz called the sharp-breaking pitch when it entered the zone.

Edwin Encarnacion was the most outspoken with Diaz, nearly getting himself ejected after a called third strike in the eighth inning.

Jose Bautista and John Gibbons quickly rushed to Encarnacion’s aid and, to Diaz’s credit, no one was tossed.

Asked after the game what he thought of the umpiring, Encarnacion didn’t bite.

“What did you think about the umpire?” Encarnacion told reporters. “I don’t have any comment on that.”

Melvin Upton also took issue with a slider call from Diaz after pinch-hitting for Ezequiel Carrera in the seventh.

Blue Jays catcher Russell Martin, who had as good a vantage point as any player Friday, thought Diaz did a fine job calling Marco Estrada’s complete-game gem. As for his own offense, Martin chose the high road.

“He didn’t really make many mistakes when I was catching. I thought he did pretty well. But then, when we were hitting late, it seemed like he may have missed one or two. But overall I felt like he did a pretty good job.”