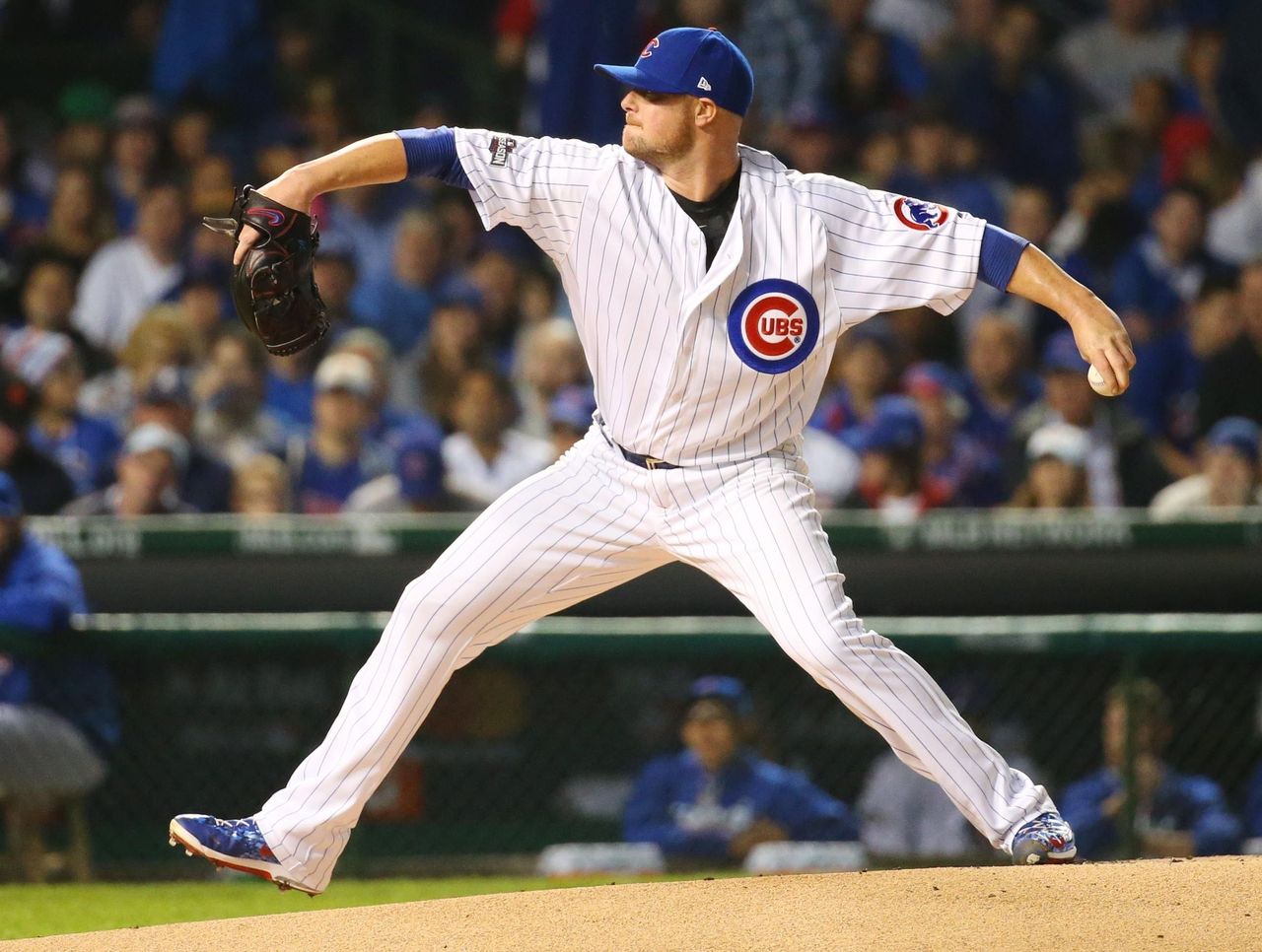 When asked about Joe Maddon’s decision to pull him Saturday with a 3-1 lead over the Los Angeles Dodgers after just 77 pitches, Lester played it off like a pro.

“I don’t get paid to make decisions,” the Chicago Cubs left-hander told reporters. “I get paid to pitch. So that’s his decision to make, and obviously, we got a lot of guys on that bench that can swing the bat a lot better than I can, obviously. So it is what it is.”

With two outs in the Cubs’ half of the sixth inning, Javier Baez reached second and Lester’s spot came up in the batting order. Maddon decided to end Lester’s night by pinch-hitting Jorge Soler, upping their chances of cashing a fourth run.

Maddon does let his pitchers handle the bat every now and again, but Lester doesn’t have a hit in these playoffs and his average this season was .064.

And while Lester’s pitching line was favorable – one run and one walk on four hits and just one strikeout over six innings – the skipper wasn’t sold enough to let him swing.

“If Jon was on top of his game, I may not have done it, but I didn’t think he had his best stuff tonight,” Maddon said. “So that was part of that decision.”

Depending on how the game shook out, their tune might have differed. But Lester has complete faith in his bullpen, even though the Dodgers tied the game before falling 8-4.