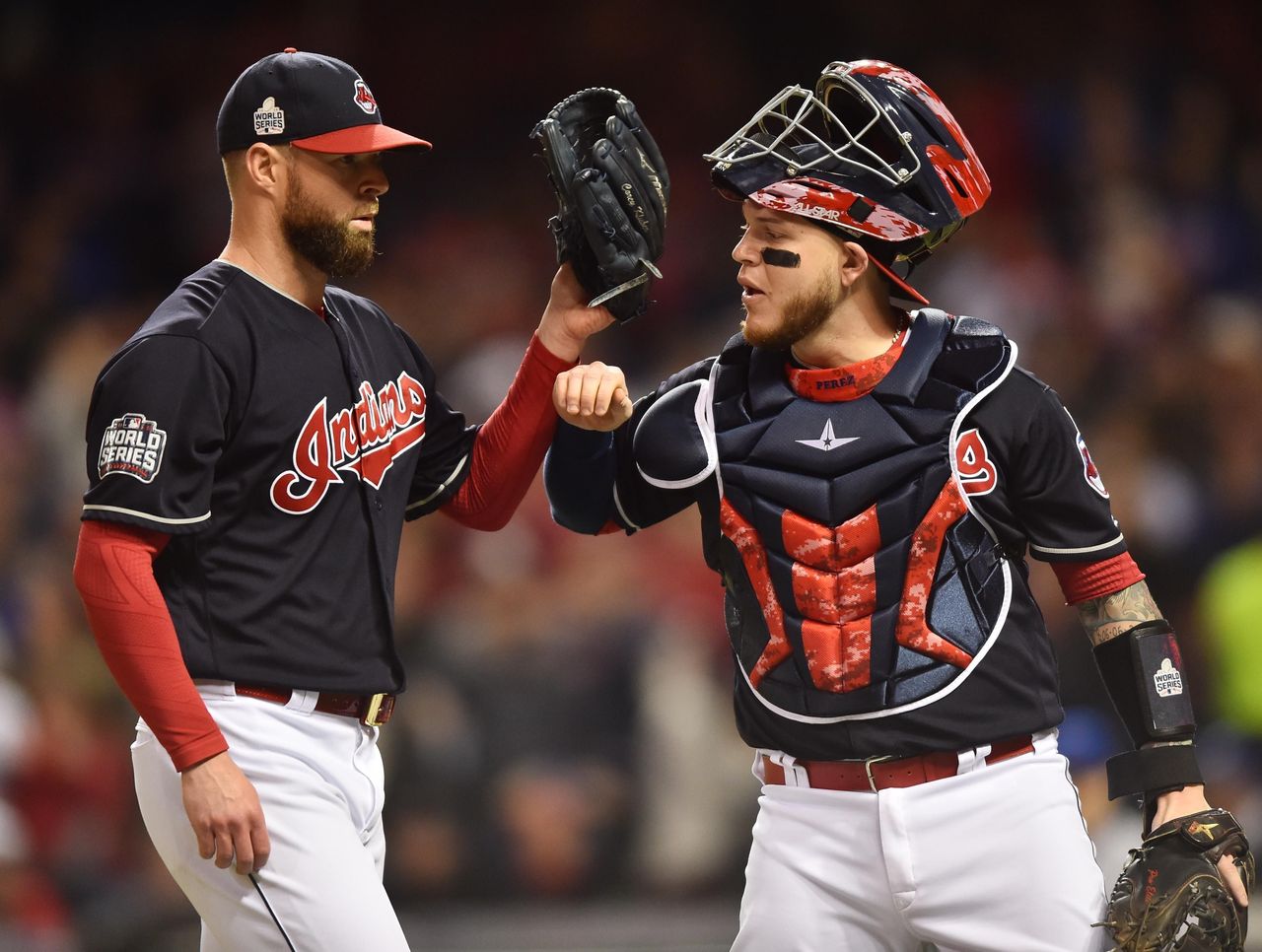 Staked to an early 2-0 lead, the Cleveland Indians ace fanned Kris Bryant to end the third inning of Game 1 and establish a new World Series record for the most strikeouts through the first three frames of a Fall Classic game.

Still working on his second time through the Chicago Cubs’ lineup, Kluber’s eight strikeouts also set a franchise record for most in a World Series game.

Kluber, who entered the start with a 0.98 ERA in three outings this postseason, struck out Dexter Fowler and Bryant looking in the first before working around a leadoff double in the second by fanning the next three batters in order. He’s just the fourth pitcher to strikeout at least seven hitters through the first three frames of a World Series game, joining Bob Gibson, Orlando Hernandez, and Randy Johnson.

Gibson holds the all-time World Series record for strikeouts in a game with 17, which he set during Game 1 of the 1968 Fall Classic. The last pitcher to strike out more than 10 batters was Johnson, who fanned 11 New York Yankees in 2001.

Kluber finished his night with nine strikeouts, and was lifted in favor of Andrew Miller after allowing zero runs in six-plus innings of work. He became just the sixth pitcher in World Series history to strike out nine or more batters without issuing a walk, and the first to do it while pitching less than seven innings.