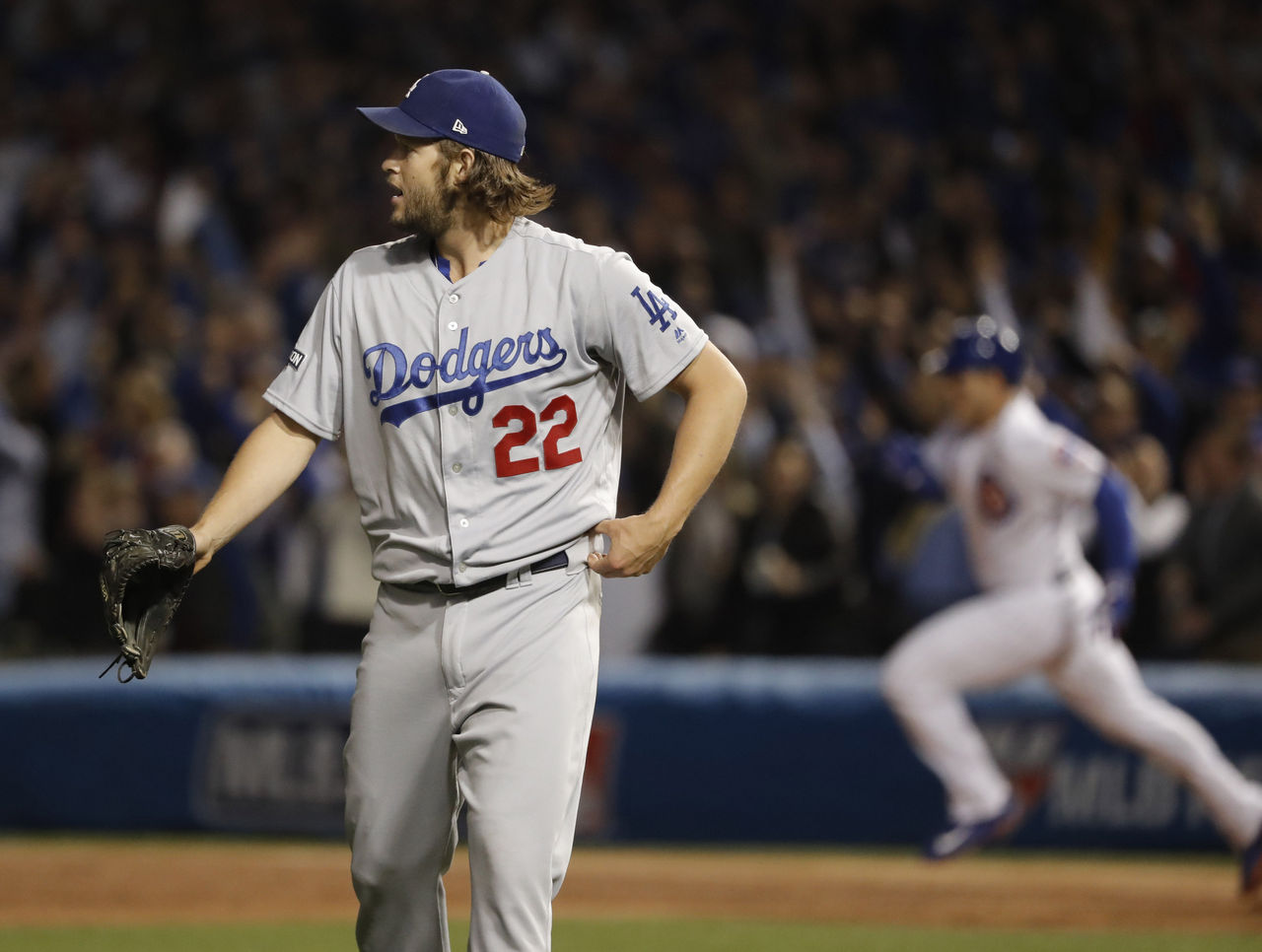 LOS ANGELES – A rested Clayton Kershaw couldn’t save the Los Angeles Dodgers’ season one more time, leaving them a long winter to think about falling short of the World Series again.

The Dodgers blew a 2-1 NL Championship Series lead against the Chicago Cubs and lost 5-0 behind Kershaw in Game 6 on Saturday. They dropped the final three games of the series, getting outscored 23-6, while playing sloppy defense and failing to contain the Cubs’ once slumping offense.

”We were in a good spot,” center fielder Joc Pederson said. ”We just didn’t take care of business and we made some mistakes and it cost us.”

Kershaw carried the team in the NL Division Series against Washington, earning his first career save in a decisive Game 5. But the postseason struggles that have haunted him in the past reared up again, with Cubs tagging him for five runs – four earned – in five innings Saturday.

”I’d rather be in this position and fail than not to get to be in this situation at all,” said Kershaw, who missed more than two months with a herniated disk and returned in September to a team that had thrived in his absence.

The Dodgers used a franchise record-tying 55 total players and 31 different pitchers in a season that saw 28 different players land on the disabled list, the most for any team in the last 30 years. The most notable was Kershaw, but others included starting pitchers Hyun-Jin Ryu, Brett Anderson, Scott Kazmir, and Brandon McCarthy.

”There was a lot of growth and I think that’s how we came together as a team, not only the 25 guys in the clubhouse but guys that helped us get to where we’re at, just the way we played the game every night, with certain adversities, that our guys were accountable, made no excuses all year long,” rookie manager Dave Roberts said.