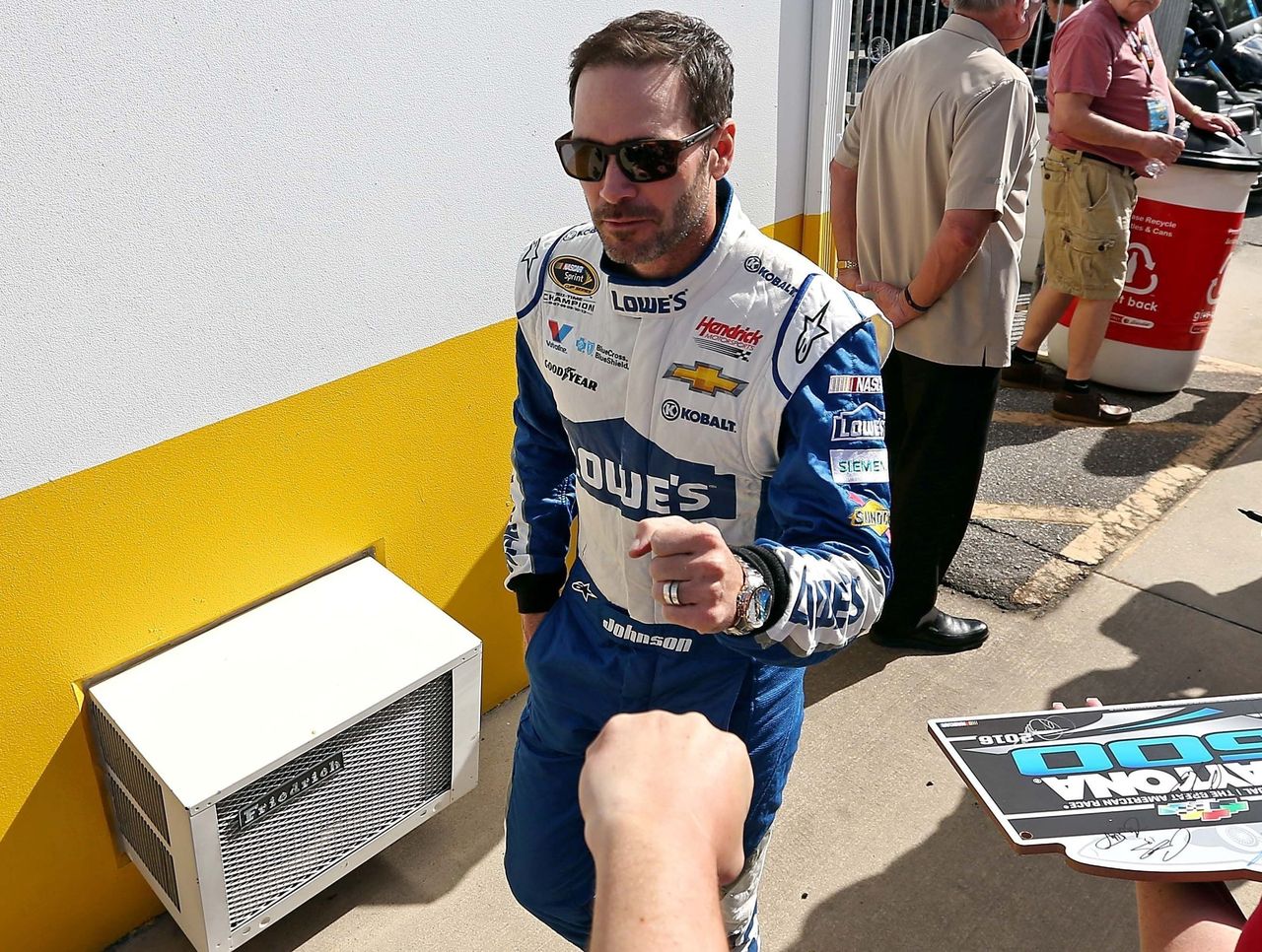 Stewart-Haas has gotten its Chevrolet engines and chassis from Hendrick Motorsports since it began in 2009, but that relationship is poised to end. Stewart-Haas announced this year it would be switching to Roush Yates Engines that power Ford teams for next season.

Johnson was asked before practice for Sunday’s Sprint Cup race at Kansas whether he would like his team to find another partner to replace Stewart-Haas racing next season.

”Just to be selfishly speaking,” Johnson said, ”we didn’t get their data. We didn’t share their data. They had ours. So it was a fantastic situation for them. They had our best stuff and then they have a huge engineering staff and they can take Hendrick’s best equipment and refine it.”

That counts as inflammatory stuff in the closely knit NASCAR garage.

It also prompted Hendrick Motorsports general manager Doug Duchardt to climb out of Johnson’s hauler a few hours later and clarify the relationship. The teams did share information with each other before Stewart-Haas announced its decision to leave, at which point communication was largely cut off.

”That is the way it worked from the time I have been at Hendrick Motorsports,” Duchardt said. ”We received information from Stewart-Haas when we worked with them. When they made their announcement with Ford that changed things. But the bottom line is that as partners we exchanged data.”

Hendrick Motorsports is also providing Stewart-Haas with equipment through the end of the season, and that means supporting Chase contenders Kurt Busch and Kevin Harvick.

”Anything that Stewart-Haas has asked us to build for them this year, we have built,” Duchardt said, ”and we have built it to their specifications.”

Johnson won the opening race in the round of 12 of the Chase last weekend at Charlotte, putting Busch, Harvick and the other drivers under pressure at Kansas. The unpredictable crapshoot of Talladega looms before the field of contenders is pared to eight.

As for a relationship with another team, Johnson remains unconvinced that it is beneficial.

”We would always like to have some people running our engines and trying to do durability stuff on new motors that are coming out. I would imagine having a couple of cars out there we will always have that,” Johnson said, ”but a team at that high of caliber again? I believe we would look really hard before we made that decision again.”