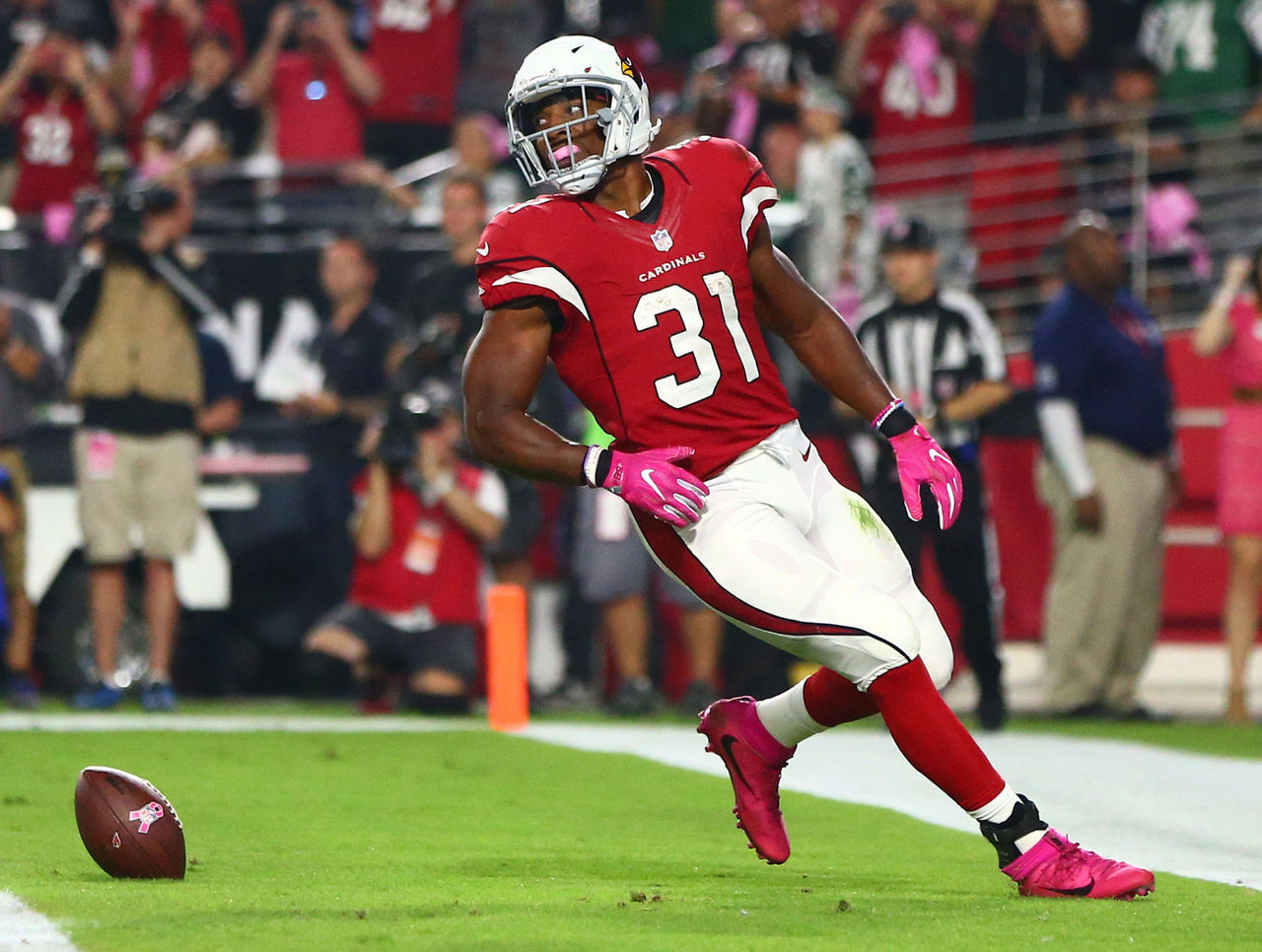 Johnson scored on runs of 58, 2 and 2 yards while becoming the first player to rush for three scores against the Jets since LeSean McCoy did it five years ago.

The Cardinals (3-3) won their second in a row to climb back to .500. New York (1-5) lost its fourth straight in a rough return to Arizona for Todd Bowles, who was defensive coordinator for the Cardinals for two seasons before getting the Jets coaching job two years ago.

The Jets’ Ryan Fitzpatrick was 16 of 31 for 174 yards and was benched in favor of Geno Smith after New York’s longest drive of the night ended in an interception in the end zone late in the third quarter. Smith’s lone series at quarterback ended when he was intercepted by Tyrann Mathieu with 4:20 to play.

Arizona’s Carson Palmer , back after missing the 49ers game with a concussion, completed 23 of 34 passes for 213 yards and left the game with a hamstring strain after throwing a 9-yard TD pass to Michael Floyd with 8:20 remaining.

Arizona scored in the first quarter for the first time this season on the second time Johnson touched the ball.

The second-year running back dodged a pair of defenders near the line of scrimmage, and then raced to the end zone on his longest run of the season. Johnson also rushed for 157 yards in a victory at San Francisco in Arizona’s previous game, winning NFC offensive player of the week honors.

The Jets entered the game second in the NFL in rushing defense at 68 yards per game. They were outgained on the ground 171-33.

New York had 130 yards in the first half, 70 on three receptions by Brandon Marshall . Marshall’s 36-yard catch over the middle set up New York’s only score, Nick Folk’s’ 39-yard field goal.

Arizona scored on a pair of 14-play drives in the second half. Johnson got his second 2-yard TD run up the middle, and Palmer passed to Floyd for another TD.

The Jets drove to the Cardinals 14 late in the third quarter but D.J. Swearinger intercepted Fitzpatrick’s pass in the end zone to end the threat. It was Fitzpatrick’s league-worst 11th interception of the season.