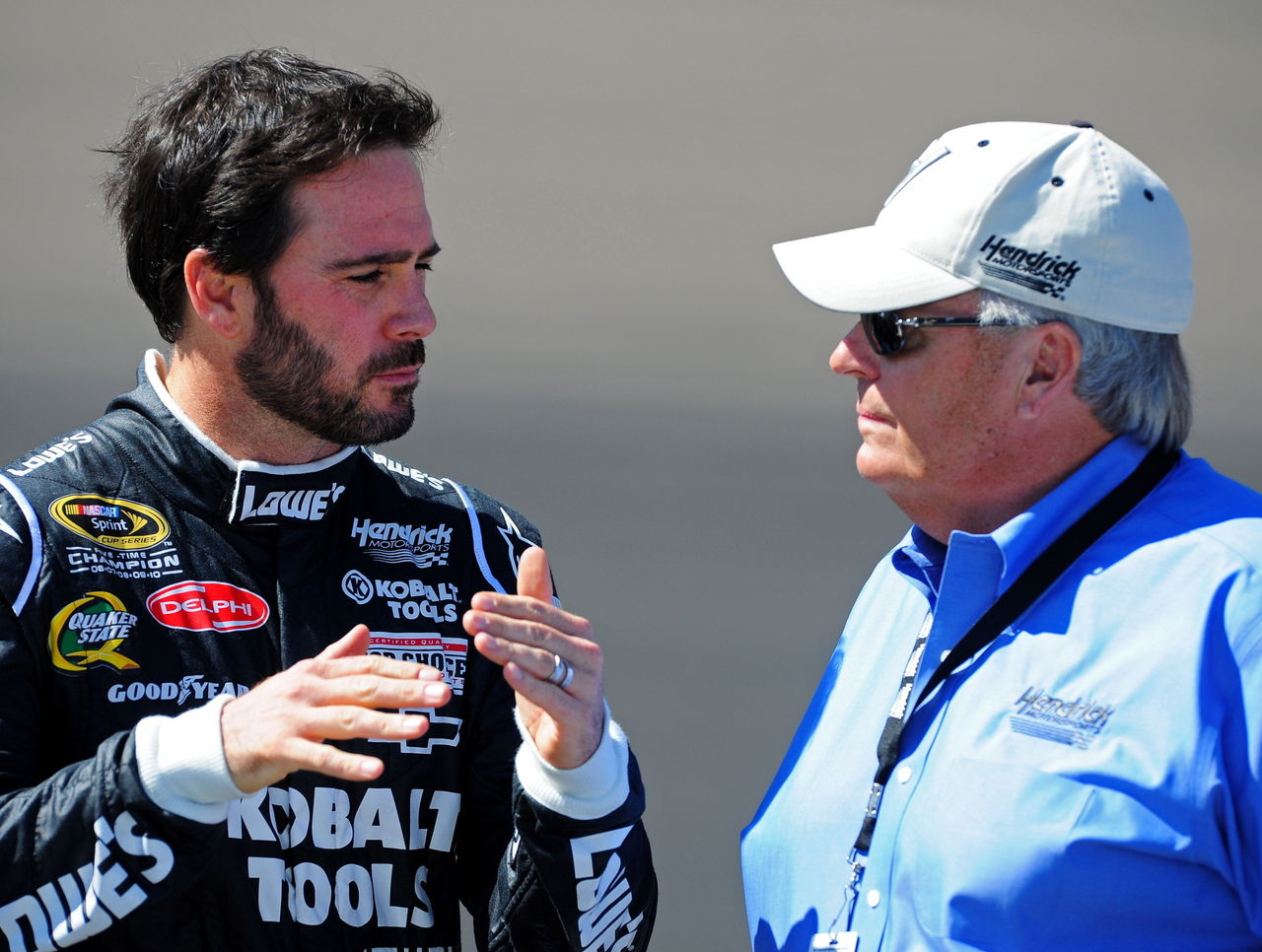 Only two cars qualifying for the Chase for the Cup championship.

Yep, it has been a rough season for Hendrick Motorsports – but Jimmie Johnson is out to salvage it.

Johnson gained some big-time momentum and a measure of breathing room on Sunday in his quest for a record-tying seventh Cup championship, winning at Charlotte to advance to the third round for the first time since the new playoff format was established in 2014.

”We knew we would get back” in victory lane, Johnson said. ”Yes, it was slower than we wanted it to be, but to be here today and have this victory is great.”

Hendrick said he was so excited to win that he took his first champagne bath ever after the race.

”It feels good,” Hendrick said with a satisfying smile.

Johnson and Chase Elliott were the only Hendrick drivers to make the Chase after Earnhardt was forced to call it a season while dealing with concussion symptoms and Kasey Kahne was unable to find victory lane.

It looked like it might be another tough-luck day for owner Rick Hendrick when Elliott was knocked out of the race in a wreck after leading 103 laps. But Johnson took the baton in the second half of the race and led 155 laps.

Johnson passed Matt Kenseth on the restart with 17 laps remaining and held on to win his third race of the season and his record eighth win at his home track.

Together, Hendrick drivers combined to lead 258 of 334 laps, leaving Chase driver Kyle Busch to wonder if the powerhouse team is back.

”They had some speed,” Busch said. ”Maybe they are bringing new cars and they have found something – and have been holding out on us. We will have to be start doing the same thing.”

Said Johnson: ”We have hit on some things. But we can’t celebrate too much. But this does buy us a couple of weeks of freedom” in the Chase.

Hendrick said the last few months were difficult, saying ”for a while we were struggling to get in the top 10.”

”I can’t tell you how many races we were in a position to win,” Hendrick said. ”There would be a caution or something and we would just fumble the ball.”

Hendrick said the team went back to the wind tunnel for testing and worked hard to find more speed.

”Usually teams come apart when they are not finding speed,” Hendrick said. ”But the guys came together.”

Said Hendrick: ”Charlotte is like home to us. It’s been a drought.”

After the race, one of Johnson’s children pulled a fake $1 million bill out of Johnson’s pocket that he been given a long time ago by Humpy Wheeler.

That seemed to match Johnson’s million-dollar smile on Sunday.

”Really we just fell back on what we are made of at Hendrick Motorsports,” he said. ”There is a culture there and a belief. It was not fun to experience all that we have been through, but we have seen the cars get stronger, better and faster. We were able to execute all day long here.”

Johnson said his team might have benefited from Saturday night’s race being postponed because of Hurricane Matthew.

He likes running at Charlotte in the daytime.