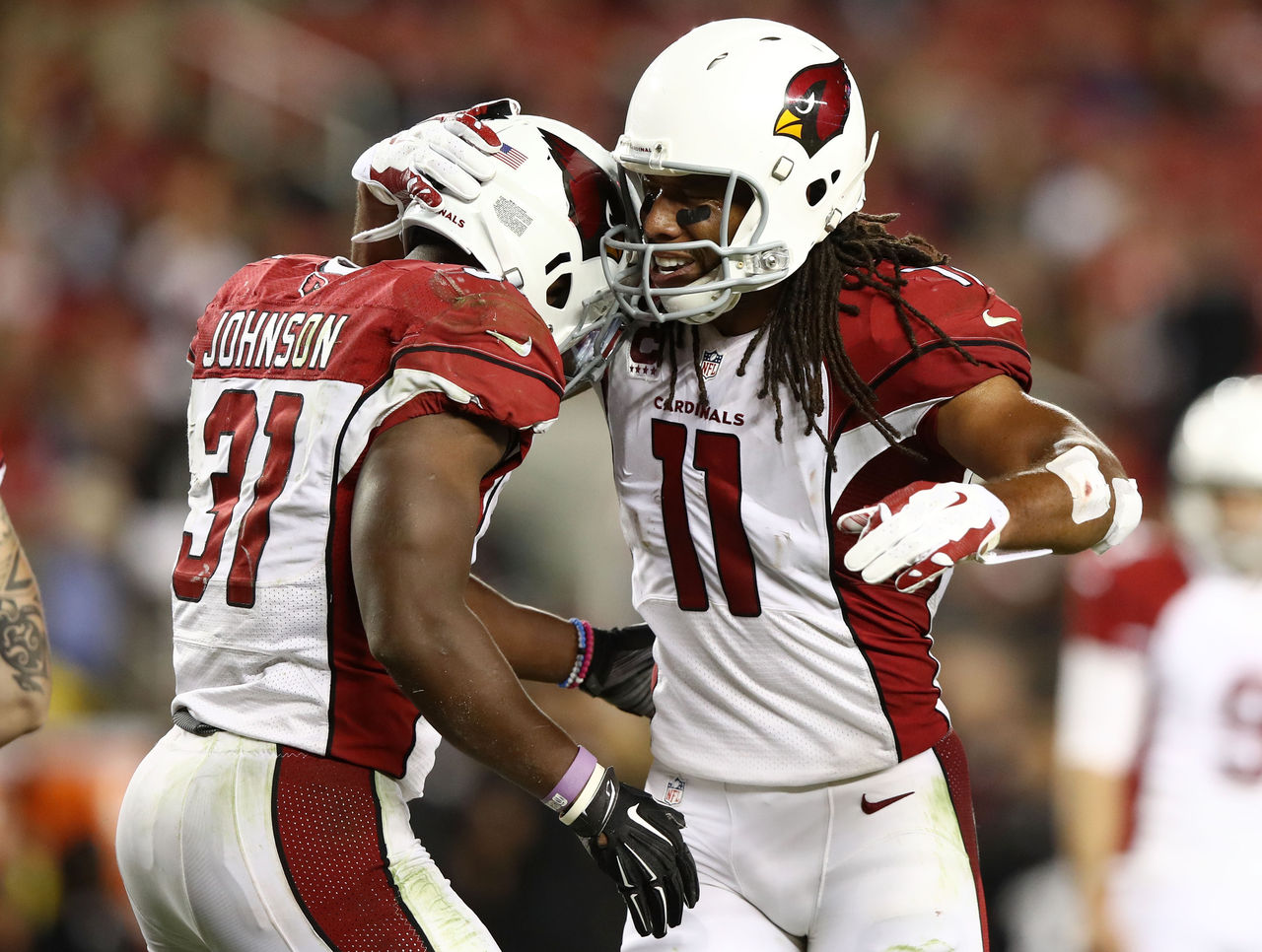 The Cardinals (2-3) got 17 points off three turnovers by the 49ers (1-4) – two interceptions by Blaine Gabbert and a fumbled kickoff return by Chris Davis – and also had one drive extended by a running-into-the-kicker penalty.

Those three scoring drives totaled just 41 yards, but proved to be enough to beat the sloppy 49ers as the Cardinals survived a week without injured starting quarterback Carson Palmer .

Stanton didn’t produce much with Palmer sidelined by a concussion, going 11 for 27 for 124 yards. But Arizona didn’t turn the ball over and got 157 yards rushing from Johnson to get the win.

Calais Campbell’s interception of a deflected pass set up Arizona’s first score on a 21-yard pass from Stanton to Fitzgerald late in the second quarter. Davis’ fumble of the second-half kickoff then set up Johnson’s 4-yard run that put Arizona up for good.

Stanton then led his only long scoring drive of the night capped by a 29-yard pass to Fitzgerald to make it 21-7 and Marcus Cooper’s interception off Gabbert set up a 36-yard field goal by Chandler Catanzaro.