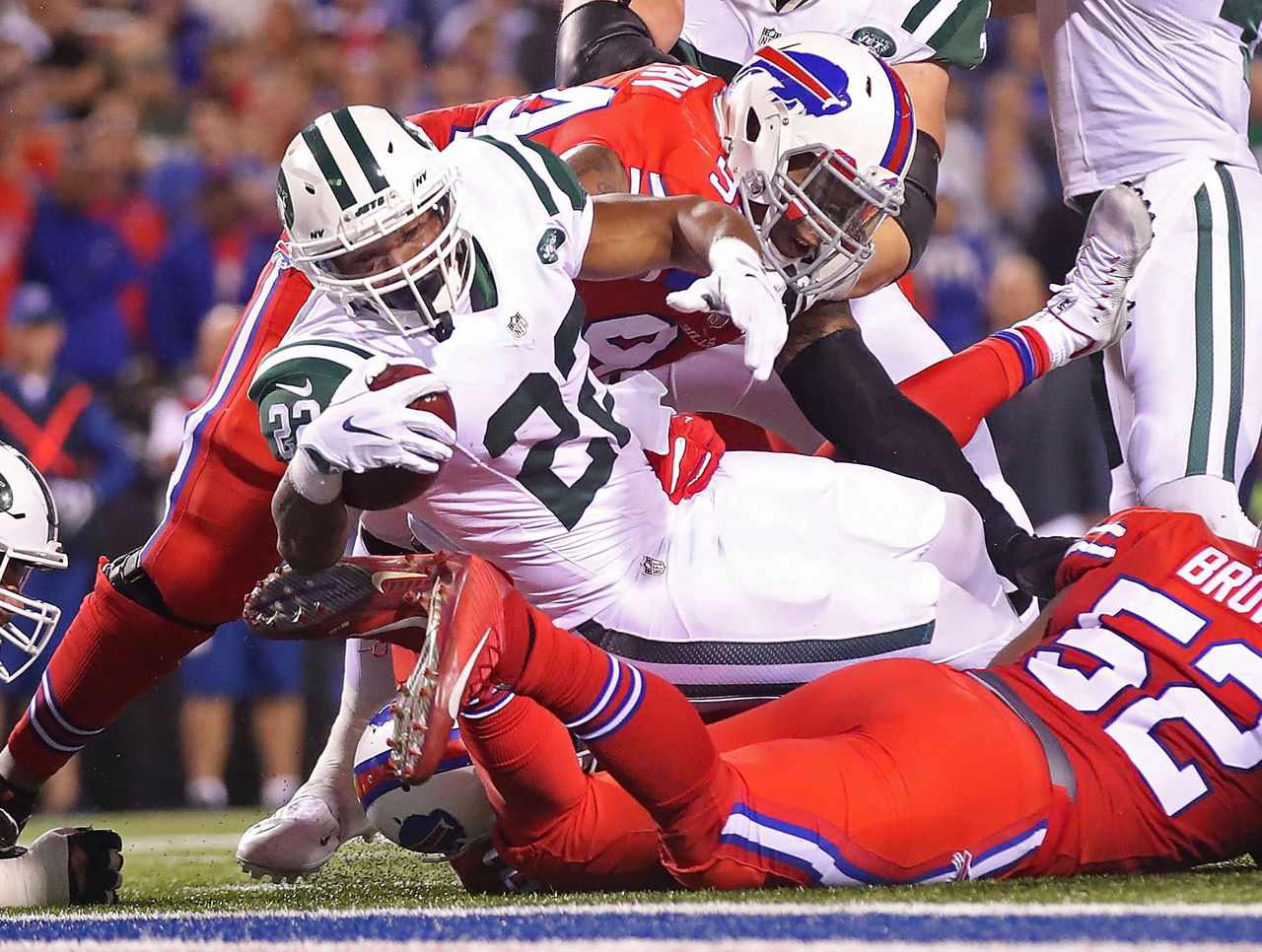 After a blistering start to the season in which he racked up 196 rushing yards and three touchdowns, New York Jets running back Matt Forte’s production has fallen of a cliff.

In the past three games, the 30-year-old has a combined 99 yards rushing with no scores.

Some analysts have attributed his struggles to his age, as the veteran is entering a time in his career where players at his position begin to decline.

But head coach Todd Bowles disagreed with that assessment Friday.

“No, I don’t,” Bowles said, according to Mike Florio of Pro Football Talk. “(H)e can still run the ball. We knew his age when we signed him. It’s not about age in this league, it’s about production. There are a lot of older players that can play. If things are going well, you’re good on the plus side of 30. If things aren’t going well, they say you’re old on the plus side of 30. That’s just part of the business.

“We got to open up some holes for him,” Bowles added. “It’s really simple. We have to block better. We have to call better plays and we have to execute better.”

While Bowles wouldn’t blame Forte’s age, he did say the two-time Pro Bowler can do a better job of creating plays himself.