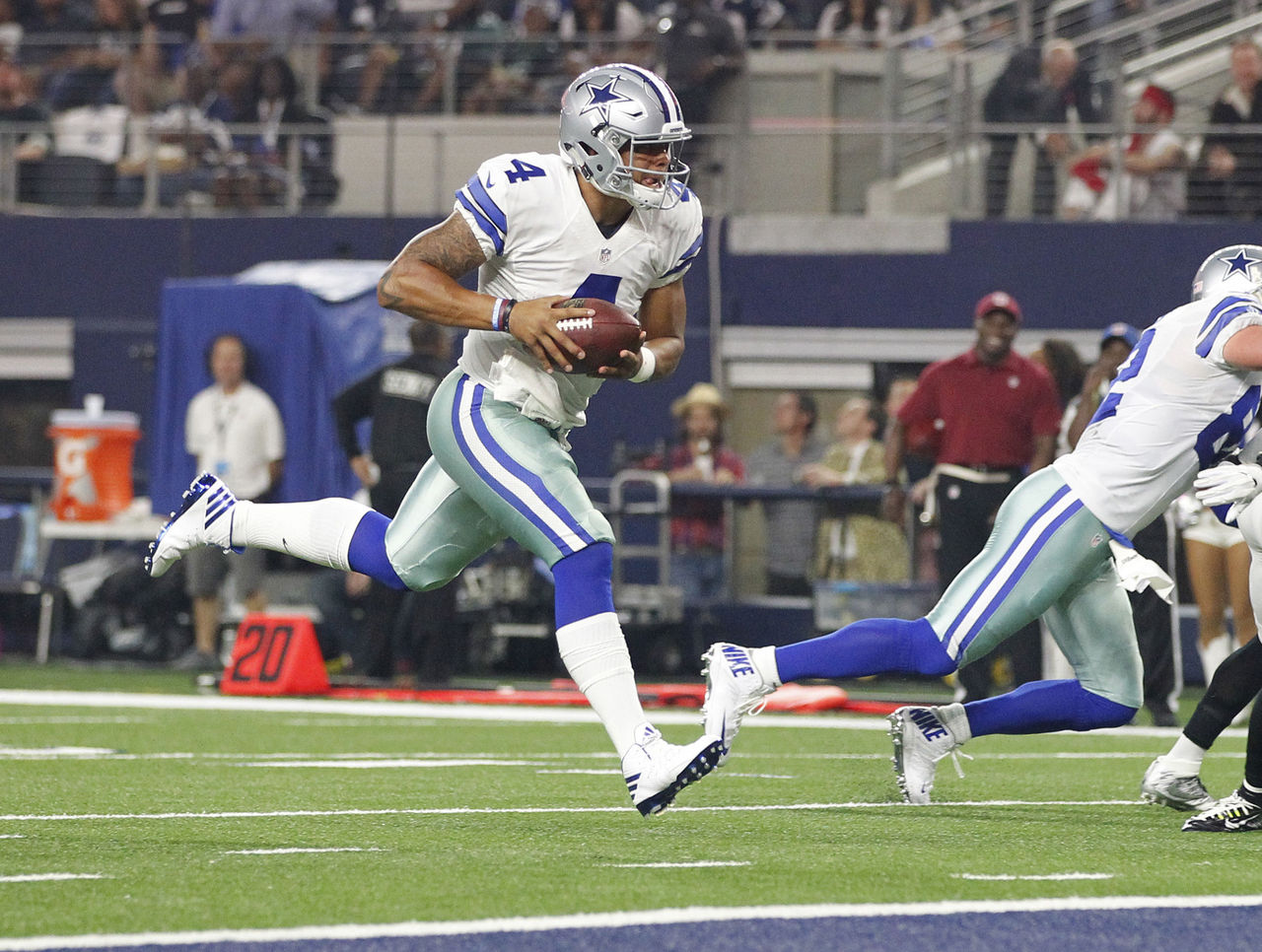 As Tony Romo’s return has gotten closer and closer, the Dallas Cowboys have gone softer and softer on their original stance that he’ll step right back into the starting role when he’s healthy.

Owner Jerry Jones continued to dance around the subject in a radio appearance Tuesday, but did hint that the club was aware it would be breaking up a good thing by moving rookie passer Dak Prescott to the bench.

“You want to be very mindful of what you got going, which right now we got a lot of chemistry going,” Jones said, according to Jon Machota of the Dallas Morning News. “That has got to be really recognized if you’re making a decision.”

Prescott has excelled in Romo’s absence, leading the Cowboys to an NFC-best 6-1 record.

Jones said Romo is “unquestionably” going to be ready to play before the end of the season, but described him as willing to do whatever it takes to keep the Cowboys winning.

“He’s a veteran,” Jones said. “He wants this team to have all the success it possibly can have. Dak feels the same way. Coaching staff, they don’t need to know. We’ll just play it out.

Prescott struggled significantly for the first time against the Philadelphia Eagles in prime time Sunday, throwing a poor interception and struggling with his accuracy. But he recovered, throwing a touchdown pass to tight end Jason Witten to win in overtime and cap off an outstanding comeback.

Prescott has already been named the starter for Week 9, with Romo only practicing for the first time last week.