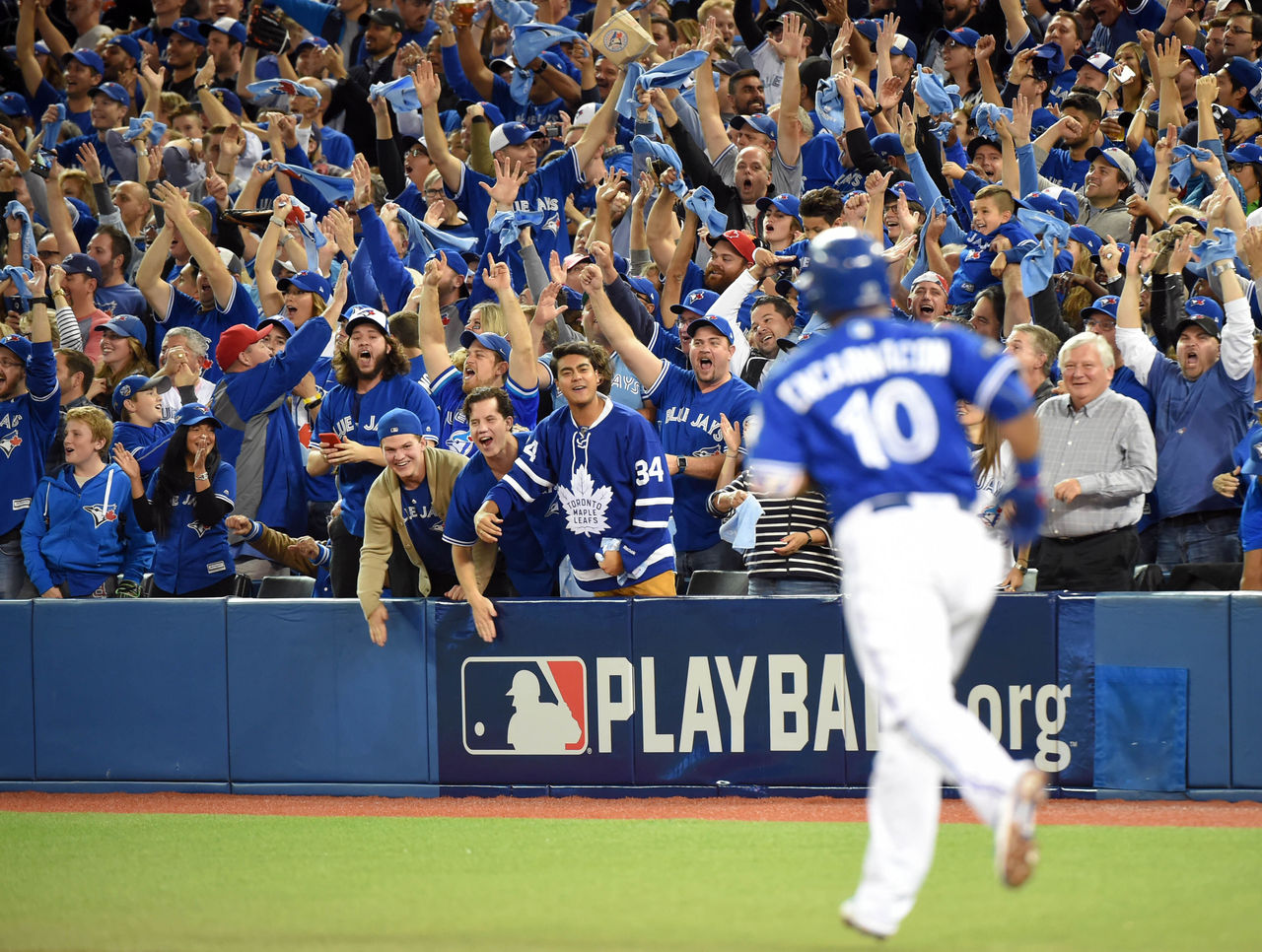 Jason Kipnis is a hockey fan.

So with the Cleveland Indians, proud owners of a 2-0 ALCS lead over the Toronto Blue Jays, make their way up north for Game 3, Kipnis acknowledges that the Rogers Centre “might be the toughest” road ballpark in baseball.

“When they close that dome, it gets especially loud there,” the second baseman told Cleveland.com’s Zack Meisel. “And it’s hockey fans. I mean that in the best way, because I’m a hockey fan, too. That’s exactly what you want out of a fan. You want the rowdiness.

“You want that little feeling, that one percent feeling, where you’re like, ‘I’m not sure I’m safe right here on the field.'”

When Cleveland opened up the 2013 season in Toronto, there were some 49,000 fans in attendance.

It’ll be a similar atmosphere on Monday when Marcus Stroman takes the mound against Trevor Bauer, and while it’s daunting for opposing players, Kipnis said it’s what fuels the feeling of true October baseball.

“That’s what makes Toronto great and those fans amazing, how loud they get,” he said. “They stand up for most of the entire game. They’re always into it. For opposing players, it makes it just as much fun.”

Indians outfielder Rajai Davis, a member of the Blue Jays from 2011 to 2013, is well aware of how loud it can get in the dome.

Davis said outfielders will have to communicate beforehand with regards to positioning because once they get out there, it’ll be tough to hear each other.