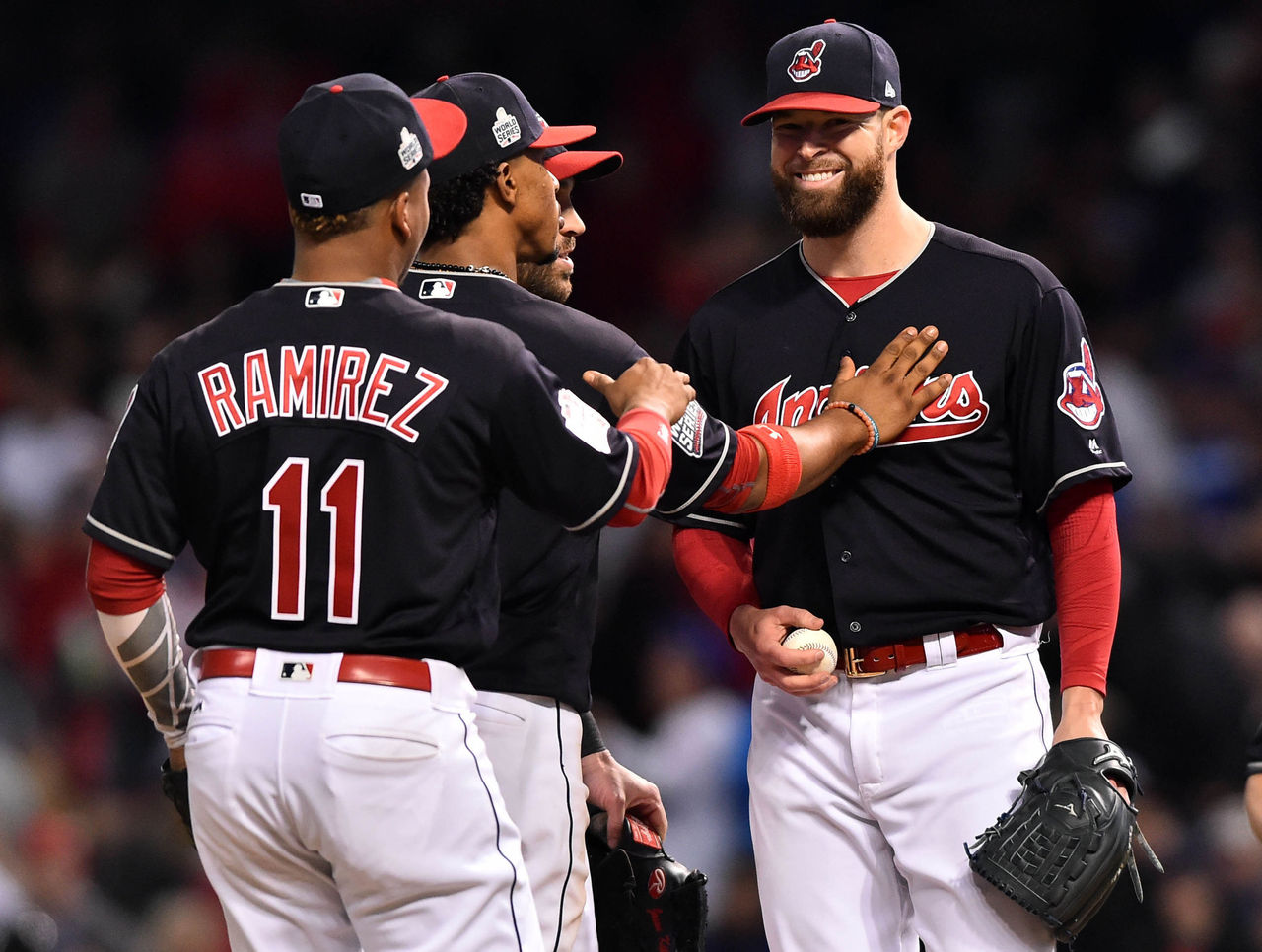 CLEVELAND – Corey Kluber got the Cleveland Indians off to a striking start and Roberto Perez put away Chicago in the Cubs’ first World Series game since 1945.

Kluber dominated into the seventh inning, Perez homered twice and the Indians beat the Cubs 6-0 in the opener Tuesday night. AL Championship Series MVP Andrew Miller escaped a bases-loaded, no-out jam in the seventh and got out of trouble in the eighth, preserving a three-run lead.

“It’s almost like you have that extra level of intensity,” said Kluber, who became the first Series pitcher to strike out eight batters in the first three innings.

In a matchup between the teams with baseball’s longest championship droughts, the Indians scored twice in the first off October ace Jon Lester.

Perez drove in four runs with a fourth-inning solo shot and a three-run drive in the eighth against Hector Rondon, becoming the first Cleveland player and the only No. 9 batter to homer twice in a Series game.

“I’ve come a long ways,” said Perez, who has three home runs in 27 at-bats during the postseason after hitting three in 153 during the regular season.

Francisco Lindor added three hits as the Indians improved to 8-1 this postseason. Cleveland manager Terry Francona is 9-0 in the Series, including sweeps by his Boston teams in 2004 and ’07.

The Game 1 winner has taken the title in the last six Series and 17 of 19.