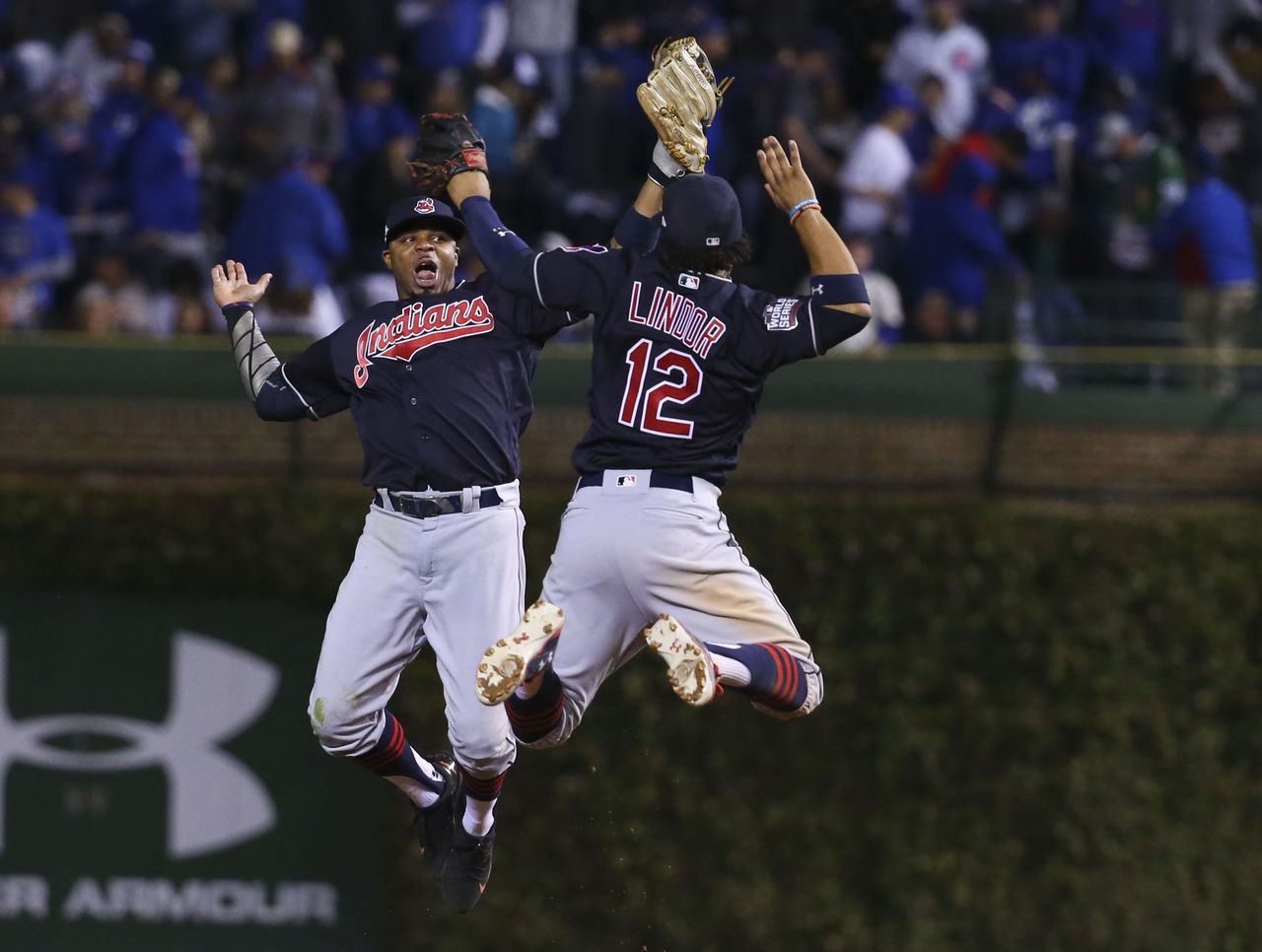 CHICAGO – One more win and baseball fans everywhere might finally believe in these Cleveland Indians.

That’s all it will take for Corey Kluber & Co. to clinch this World Series.

Kluber pitched six sparkling innings on short rest to win again, Jason Kipnis hit a three-run homer in his hometown, and the Indians beat the Chicago Cubs 7-2 Saturday night to take a 3-1 lead.

Carlos Santana also collected three hits as Cleveland moved closer to its first championship since 1948. Trevor Bauer gets the ball Sunday night at Wrigley Field in Game 5 when the Indians try for the franchise’s third World Series title against Jon Lester and the faltering Cubs.

”I think we like the position we’re in, but the task isn’t done yet,” Kluber said. ”We still have one more game to win, and we’re going to show up tomorrow and play with the same sense of urgency we’ve played with until this point. We don’t want to let them build up any momentum and let them get back in the series.”

Still, not bad for a team that seemed like an underdog all year long. Manager Terry Francona’s club beat the defending champion Royals and star-studded Tigers for the AL Central title, and then eliminated David Ortiz and the Red Sox and the heavy-hitting Blue Jays on their way to the AL pennant.

Then much of the talk centered on the major league-leading Cubs and their 108-year championship drought. But it’s been mostly Indians once more, with Francona pushing all the right buttons while improving to 11-1 in the World Series.

The Indians will try to bring another crown to Cleveland, adding to the one LeBron James and the Cavaliers earned earlier this year.

Dexter Fowler doubled and scored in the first for the Cubs, and then homered against Andrew Miller in the eighth. Fowler’s drive to left-center was the first homer for Chicago in the World Series since Phil Cavaretta connected in Game 1 in 1945 and the first run allowed by Miller during his dominant postseason.

In-between Fowler’s two hits, the Cubs came up empty every time they had a chance to put any pressure on the Indians.

Pitching on three days’ rest for the second time, Kluber allowed five hits, struck out six, and walked one. The steady, stoic right-hander, who struck out nine in a dominant performance in Game 1, improved to 4-1 with a 0.89 ERA in five playoff starts this year.