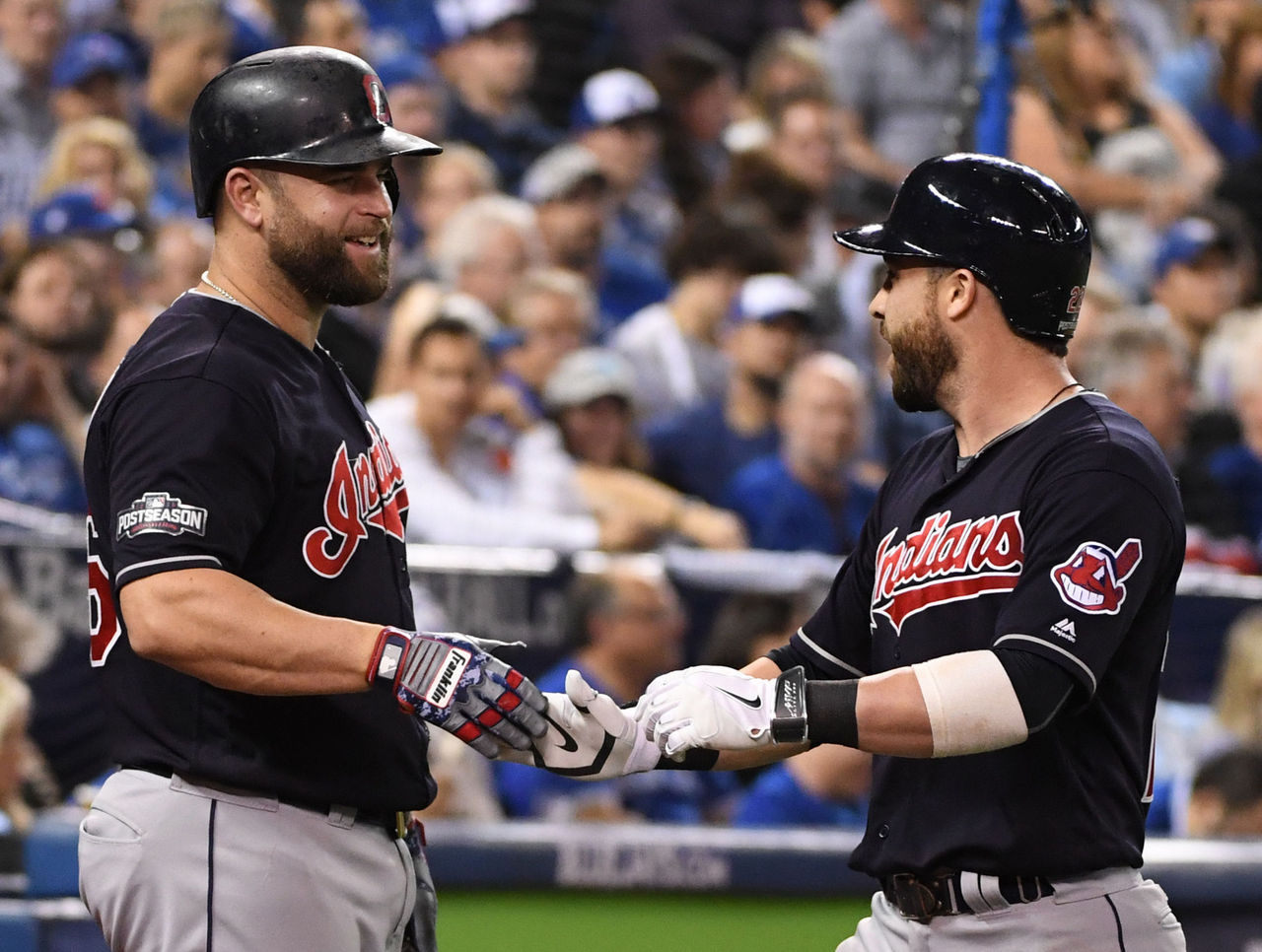 CLEVELAND – Any other year, against any other team, the Cleveland Indians would be the sentimental choice in this year’s World Series.

You know, because of that long championship drought and all.

But not against the Chicago Cubs.

The lovable Cubbies, who captured the nation’s heart by exorcising curses and winning their first NL pennant since 1945 on Saturday night and are aiming for their first Series title since 1908, are a popular pick.

The odds makers in Las Vegas have pegged the Cubs as heavy favorites going into Game 1 on Tuesday night.

Heck, even First Fan Barack Obama, a die-hard White Sox supporter, said he was happy to see the North Side of Chicago rocking.

Well, all the love toward the NL champions has left the Indians as underdogs – a role they’ve embraced this October.

”We believe in each other,” first baseman Mike Napoli said Sunday before the Indians held a workout and simulated game at Progressive Field. ”We believe that if we go out there and play the game the right way, play as a team like we’ve done, we can win a game on any night. We’ve shown in the past two series we can’t be taken lightly. We play as a team.

And that assuredness has only grown. Cleveland wasn’t supposed to beat Boston, but the Indians swept Big Papi into retirement and the Red Sox into their offseason sooner than expected. Cleveland’s pitching staff followed that by whittling Toronto’s big bats down to toothpicks in the AL Championship Series.

Now on deck are the Cubs, who won 103 games during the regular season, have three aces at the top of the rotation, a flame-throwing closer and seem to have a date with destiny.

The Indians, though, know they can match up with anyone.

”They’re a good team from top to bottom,” said supreme setup man Adam Miller, who has spent the postseason toying with hitters. ”They have three guys that might be Cy Young (winners). We’re going to be going against a good team, that’s not a surprise. If you want to count us out, that works for us.”

Many of the Indians watched Chicago’s historic win, which was followed by a street party outside Wrigley Field that nearly lasted until dawn.

As it unfolded, Napoli found himself pulling for former Red Sox teammates Jon Lester, John Lackey and the Cubs. The more he thought about a Cleveland-Chicago series the more he liked it.

”I was rooting for them,” Napoli said, wearing one of his popular ”Post Party At Napoli’s” T-shorts. ”I thought it would be one of the coolest World Series to be a part of.”

Nothing could replicate Tuesday’s anticipated ambience when fans in both cities will hang on every pitch, knowing that each win moves their club closer to a coveted championship.

Before the first batter even steps to the plate, this World Series already has the potential to be a classic.

One team will end its lengthy title quest, while the others’ will linger.

Napoli can’t wait for it to get started.

”The Cubs have a lot of history. We have a lot of history,” he said. ”The big things are the droughts. That’s why I wanted it to be us versus them because I think it will probably be the coolest thing ever to be a part of that – going to Wrigley on the road to see that atmosphere.

”That’s something I live for.”