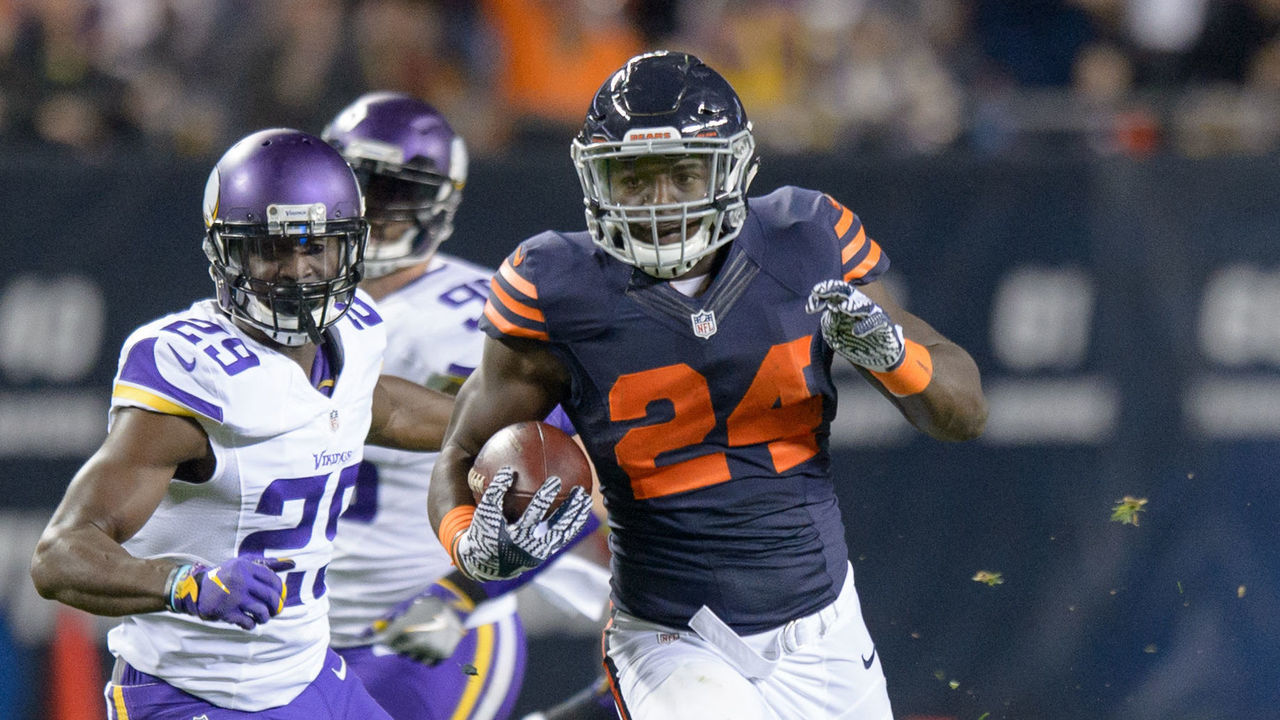 CHICAGO – Jay Cutler threw for 252 yards and a touchdown after missing five games with a thumb injury, rookie Jordan Howard ran for a career-high 153 yards and a TD, and the Chicago Bears stunned the Minnesota Vikings 20-10 on Monday night.

Cutler was on target in his return from a sprained right thumb. Howard easily surpassed his previous high of 118 yards. Alshon Jeffery got his first touchdown reception of the season, and Chicago outgained Minnesota 403 yards to 258.

Cutler had not played since he exited against Philadelphia in the second game of the season. But with his future up in the air after coach John Fox wavered in his commitment to him as the starter, he made a triumphant return.

Cutler completed 20 of 31 passes, including an 11-yard touchdown to Jeffery early in the third that made it 20-3. Whether he quieted fans who thought the Bears were better off with Brian Hoyer is another issue. But that became a moot point when Hoyer broke his left arm last week in a Thursday night loss at Green Bay.

Howard had a 69-yard run, the longest for Chicago in seven years. Zach Miller added 88 yards receiving as the Bears stopped a three-game losing streak.

Bradford, playing behind a porous line, had another rough game after getting sacked six times the previous week against Philadelphia. He was 23 of 37 for 228 yards.

Matt Asiata ran for 42 yards with Jerick McKinnon sidelined by an ankle injury.

With a sparse and quiet crowd looking on, the Bears led 13-3 at halftime. It was almost a bigger advantage, but Chicago settled for field goals on its first two trips inside the 20.

Howard, a fifth-round draft pick, broke off a 69-yard run to the 13 on Chicago’s first possession. It was the longest rushing play for the Bears since Kahlil Bell’s 72-yarder against Philadelphia on Nov. 22, 2009. But instead of a touchdown, the Bears got a field goal from Connor Barth.

They got another field goal early in the second after Xavier Rhodes broke up a pass to Jeffery in the end zone on third down at the 10.

Chicago finally broke through midway through the second quarter when Howard scored on a 2-yard run to make it 13-0.

The Vikings drove to the Bears’ 2 in the final minute of the half. But Akiem Hicks hit Bradford for a 10-yard sack on third down, leading to a 30-yard field goal by Blair Walsh.