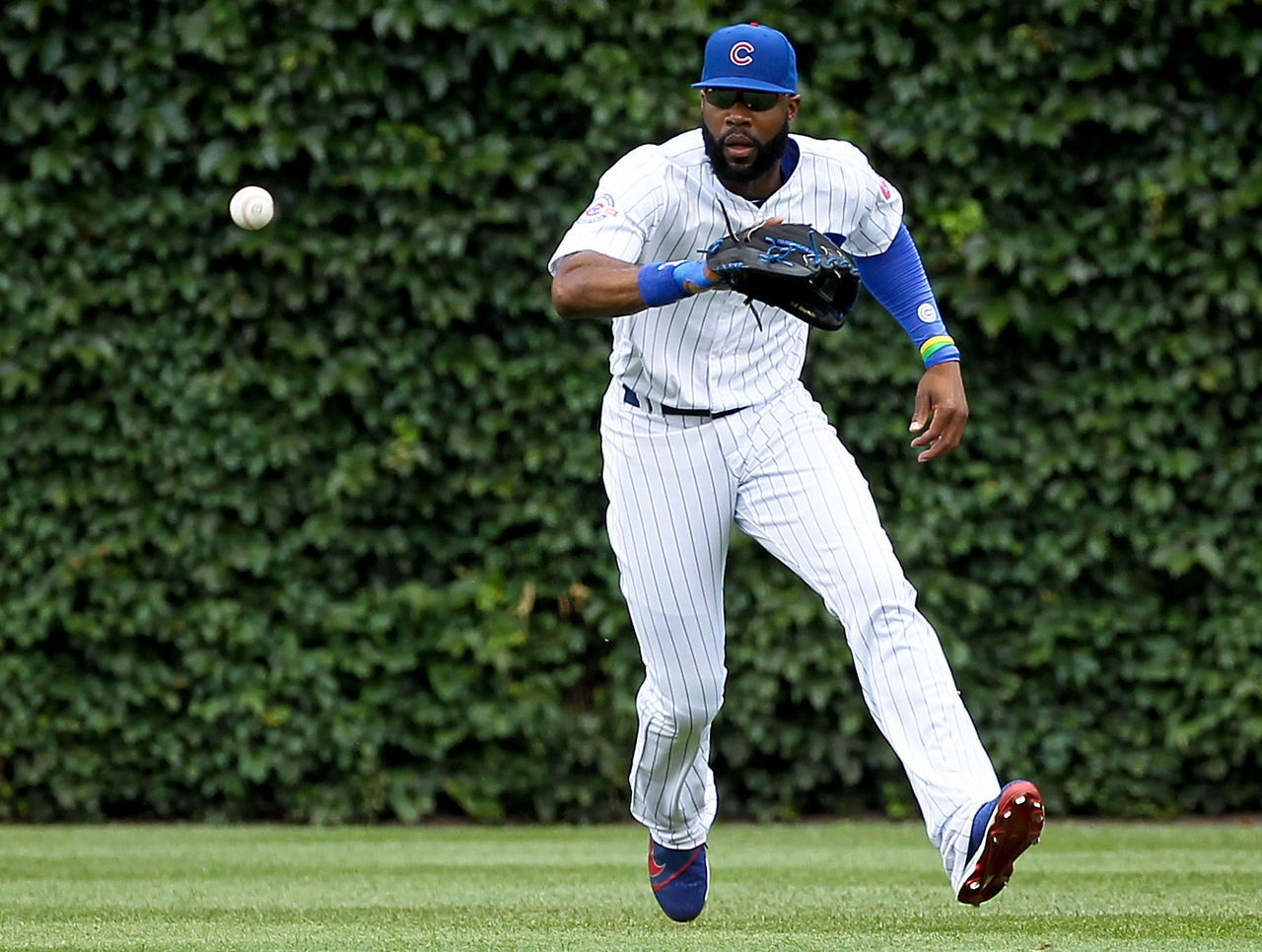 Despite his club’s recent offensive woes, Chicago Cubs manager Joe Maddon has opted for a defense-oriented lineup for Game 5 of the World Series, starting Jason Heyward in right and David Ross behind the plate for Sunday’s potential elimination game against the Cleveland Indians at Wrigley Field.

Just 2-for-31 through his first 12 postseason games, Heyward made his first World Series start in Saturday’s 7-2 loss, going 2-for-4 with a pair of singles for his first multi-hit game since Sept. 26.

Ross, the de facto personal catcher for Jon Lester, isn’t known for his bat, but the 39-year-old has acquitted himself well at the plate this postseason, going 3-for-14 (.214) with one home run and one walk in six games.

Lester, meanwhile, has dazzled in October, crafting a 1.69 ERA with a 4.20 strikeout-to-walk ratio in four postseason starts, albeit while allowing three runs on six hits and three walks in 5 2/3 innings in a 6-0 Game 1 loss to the Indians.

With his team one win shy of its first World Series title since 1948, meanwhile, Indians manager Terry Francona has tweaked his lineup quite a bit against Lester, a left-hander, following Saturday’s victory.

Veteran slugger Mike Napoli is back in the lineup, batting fourth and playing first base, after being benched in Game 4 for the first time this postseason. Napoli flew out Saturday in his seventh-inning, pinch-hit plate appearance, and is 7-for-39 (.179) with one home run and three doubles in 12 games this month.

Brandon Guyer, who hit .336/.464/.557 against left-handers during the regular season, will bat seventh and start in right field in lieu of Lonnie Chisenhall.

Trevor Bauer, the 25-year-old right-hander who famously cut his finger while repairing his drone earlier this month, is set to make his fourth postseason start, having managed a 5.00 ERA and failed to make it out of the fifth in each of his previous three outings.