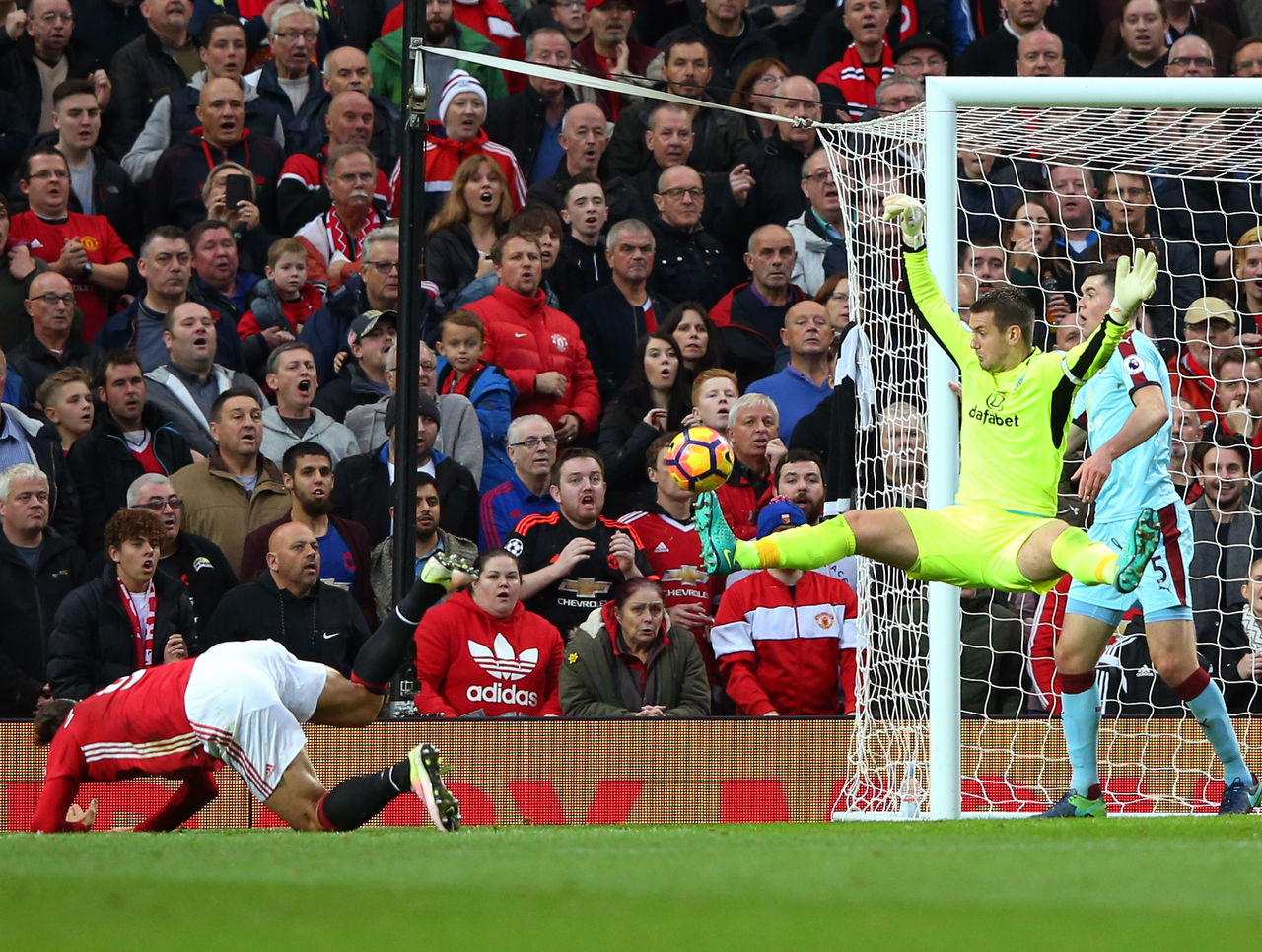 The former United goalkeeper returned to Old Trafford to haunt the Red Devils, making 11 saves as Jose Mourinho’s men peppered him with shots; United finished the contest with an incredible 37 efforts total.

Related: Heaton the star as Manchester United comes up blank despite 37 shots

One particular stop stole the show.

Heaton’s acrobatic effort to turn aside a close-range venomous volley from Zlatan Ibrahimovic was easily his best moment of the contest, and it almost came at a great cost.

“In the second half, a ball was chipped up to Ibra at the back stick,” Heaton said, as quoted by the Daily Mail’s Joe Bernstein. “I saw two lads were on the line so I thought come out and close the space.

“His shot almost broke my arm.”

No pain, no gain.