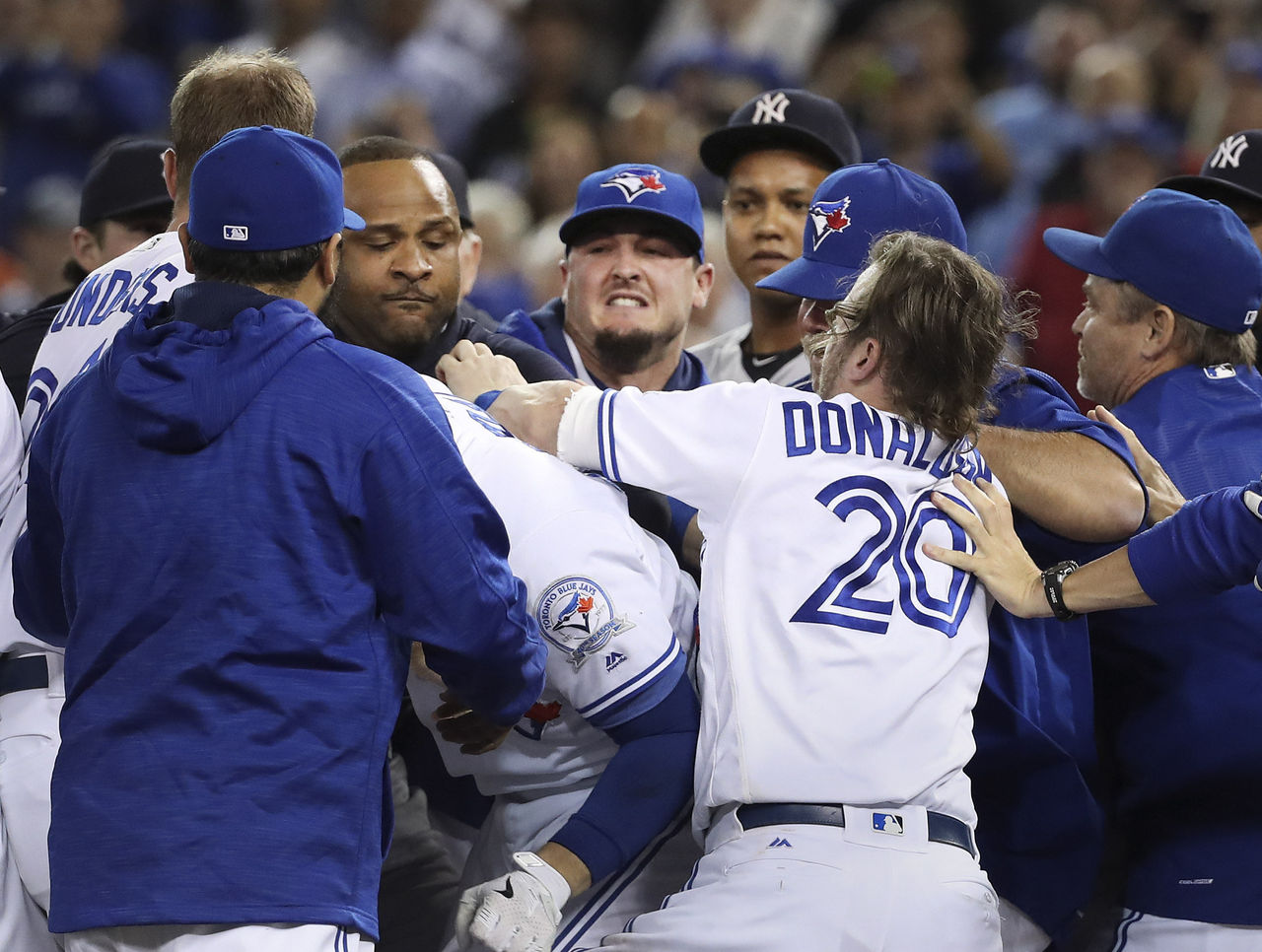 The New York Yankees had enough of the Toronto Blue Jays after a long season and tensions boiled over during their series finale on Monday.

In a game that featured three hit batters, four ejections, and two benches-clearing incidents, the Yankees walked off the field at Rogers Centre with a 7-5 win.

Emotions were still running high in the clubhouse following the game.

“Listen, these guys are the king of fun, you know, bat flips, guys yelling at players,” Chase Headley told reporters. “(Marcus) Stroman was friggin screaming at our guys when he’s pitching, yelling at our guys to get off the field when he’d strike someone out, so you got to take some of your medicine. I have no idea if that was what that was about.”

Josh Donaldson was hit by a pitch in the first inning and the Blue Jays appeared to retaliate in the second when Headley was drilled by J.A. Happ to lead off the inning. Yankees starter Luis Severino followed in the bottom half of the frame by plunking Justin Smoak, leading to the ejections of Severino, Yankees manager Joe Girardi, bench coach Rob Thomson, and pitching coach Larry Rothschild.

“I understand they were upset that one of their guys had gotten hit and they wanted to retaliate. That’s their prerogative,” Headley said. “But usually when you throw one behind somebody and you hit him with the next pitch, you’re out of the game.”

The Blue Jays took a 3-2 lead into the ninth before Mark Teixeira hit a solo home run to tie the game. The soon-to-be retired slugger flaunted the homer and was seen shouting words at Toronto reliever Jason Grilli from the dugout after to remind him that he blew the save.

“Was that fun to watch or what?” Teixeira said. “We’re all entertainers, aren’t we?”

He added, “We were just having fun with it. There was a lot of emotion in the game.”

Aaron Hicks added a two-run shot later in the inning as New York tacked on five runs in the final frame. Despite the win, the Yankees still finish the season series with the Blue Jays 7-12, and now sit five games back of the second wild card with six games remaining.