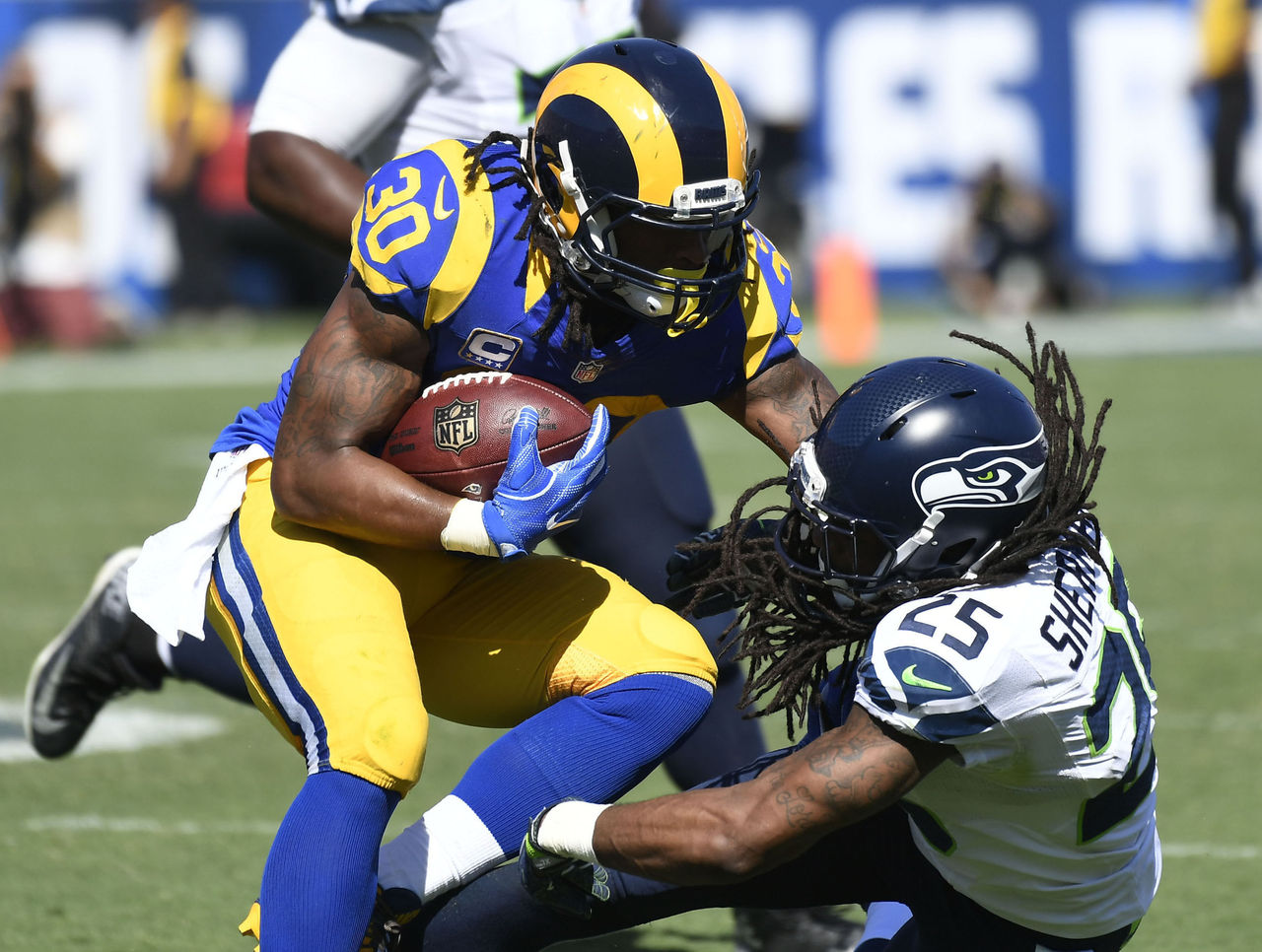 Todd Gurley’s sophomore season isn’t off to the best of starts.

With opposing defenses showing little to no fear of being exposed through the air, and a clear effort to stack the box and shut down the Los Angeles Rams running back has limited him to just 98 yards on an average of 2.7 per carry.

The strategy at times even has Gurley thinking there’s more players on defense than permitted.

“It’s been crazy,” Gurley said Friday, according to Gary Klein of The Los Angeles Times. “I’m like, ‘There’s 12 people on the field!’ It’s definitely a lot of people.”

For as long as the passing game continues to struggle, Gurley and co. will have to hope for a breakthrough against loaded fronts.

But that’s not to say there isn’t reason for optimism.

Gurley and the Rams’ running game will look to get on track Sunday against a Tampa Bay Buccaneers defense that’s allowed just 3 yards per carry this season, good for the NFL’s third-best mark through two games.