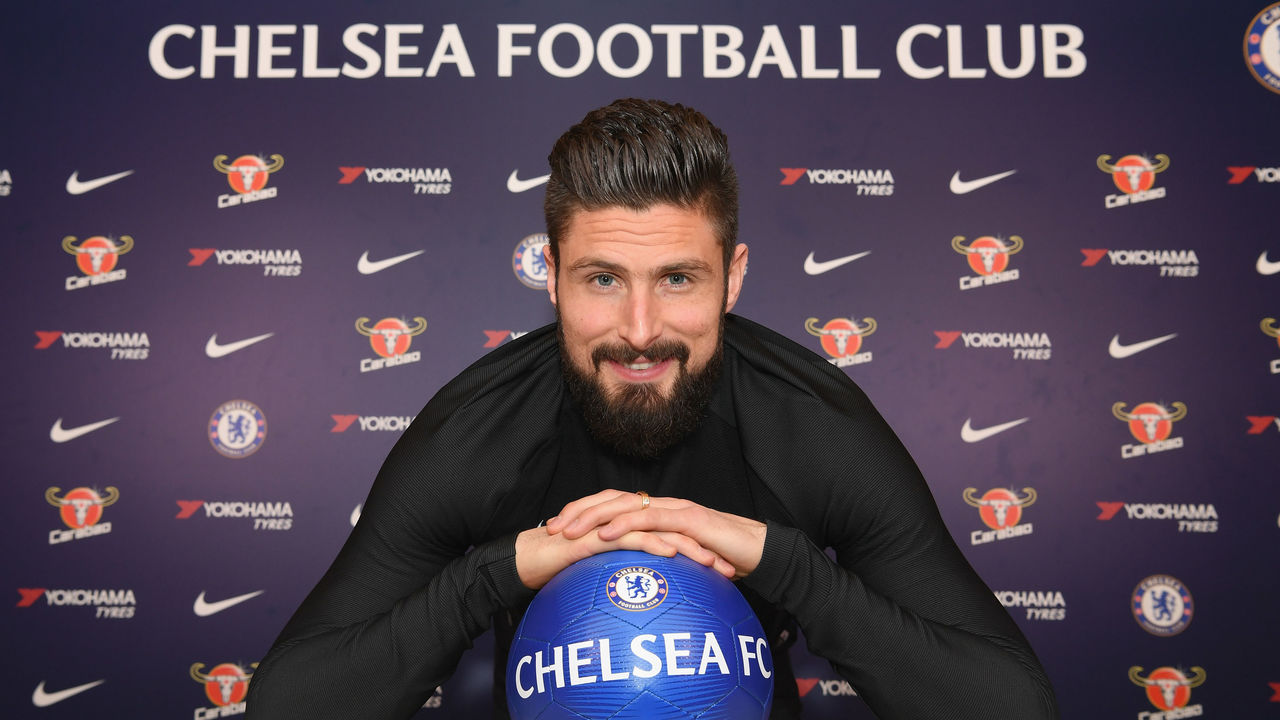 At 31 years old, Olivier Giroud is by no means a future prospect for Antonio Conte to develop at Chelsea, nor is the former Arsenal striker destined to enjoy an exceptionally long stay at Stamford Bridge.

But Giroud merits every pound of his reported £17.5-million fee all the same.

The France international completed an 18-month deal to Chelsea on the same day that the Blues shipped Michy Batshuayi off to Borussia Dortmund on loan. The move gives Arsene Wenger a simpler selection headache up top, limited now to choosing between Alexandre Lacazette and newcomer Pierre-Emerick Aubameyang. For Chelsea, Giroud offers added dimension to its striker ranks.

Likely playing second-fiddle to starter Alvaro Morata, Giroud’s penchant for a headed goal isn’t unique by any means, even if it ranks high among his signature skills – Morata has scored six of his 10 Premier League goals with his noggin, after all, suggesting that Chelsea’s ability to find Giroud in and around the box won’t be too much of a challenge.

Unlike previous Chelsea target Edin Dzeko, Giroud has also shown consistent scoring ability in the Premier League – he’s logged 105 goals in 253 matches across all competitions. But he brings more than goals to Chelsea.

It’s Giroud’s hold-up play and ability to link up with attacking wingers that make him such a valuable asset for the Blues. As previously examined, Batshuayi’s goal-scoring contributions weren’t so much in question as was his ability to combine with the likes of Eden Hazard, Pedro, or Willian around him.

Dortmund needs a pure goal-scorer, having sold Aubameyang to Arsenal on deadline day, but Chelsea needs more than a poacher’s instinct, which Giroud offers in spades – the Frenchman averages 1.7 key passes per 90 minutes to Batshuayi’s 0.3 this season, a stat that highlights the disparity between the two regarding their respective ability to combine and create goal-scoring chances.

Batshuayi also averages around 17.1 accurate short passes per 90 minutes to Giroud’s 22.6, and at 6-foot-3, Giroud offers height and aerial presence inside the box, where 101 of his 105 goals were scored. While Giroud has always faced questions about his finishing, he still manages to score magnificent goals, like the scorpion-kick effort that won him the 2017 Puskas Award.

While his lack of dribbling skill and slower-than-average pace make him reliant on his teammates to score, he possesses all the tools needed to give Conte’s attacking line a new look, disruptive bench options, and a different archetype to utilise tactically. Those factors make Giroud well worth his price.