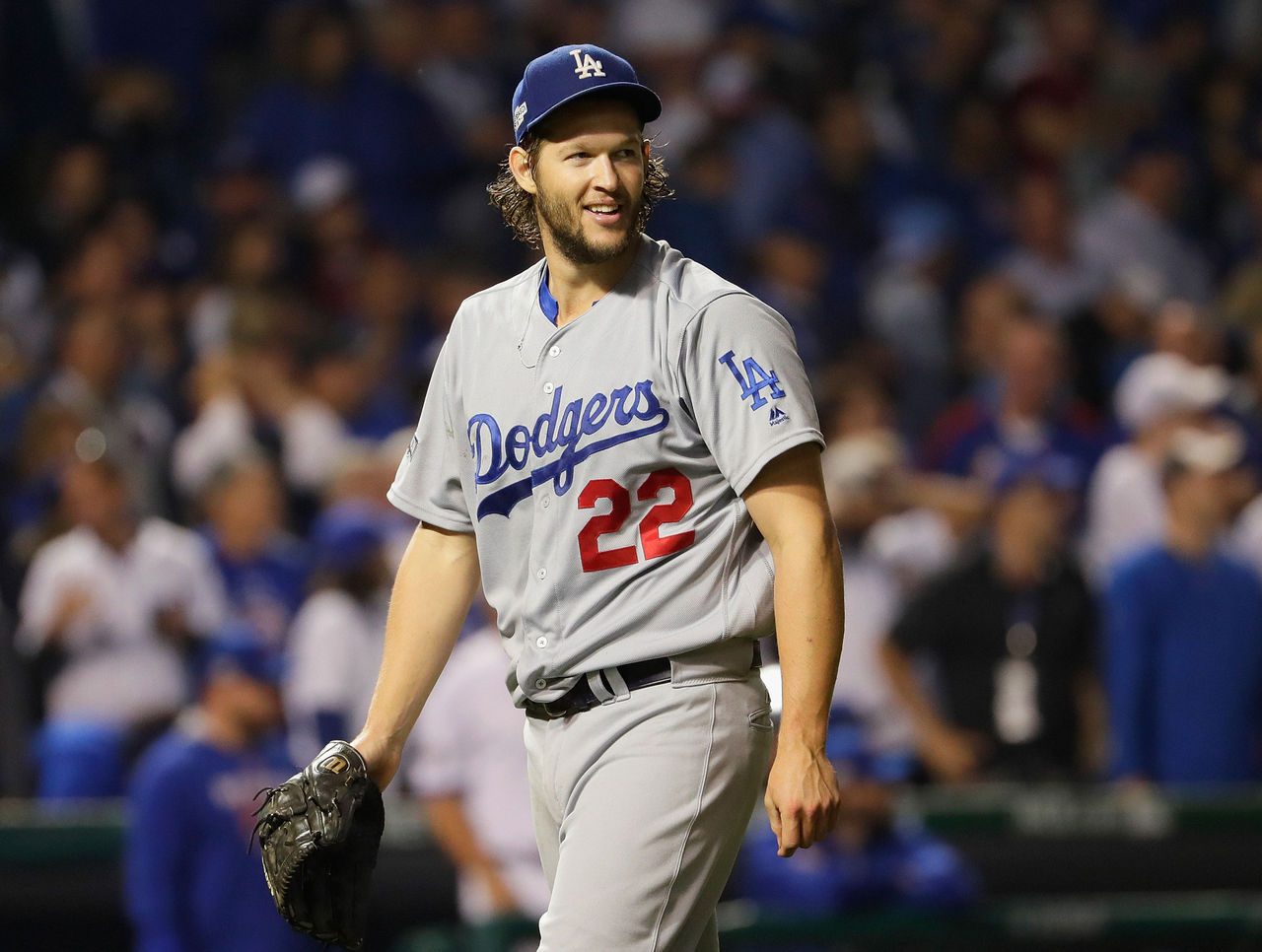 LOS ANGELES – Clayton Kershaw is unlikely to need back surgery for the herniated disk that sidelined the Dodgers ace for two-plus months during the season, according to president of baseball operations Andrew Friedman.

Kershaw returned in early September, but never publicly went into detail about his back injury. In his absence, the team went 38-24 and overtook the rival Giants for first place in the NL West, eventually winning their fourth straight division title.

”Like all of our guys, we have exit physicals and conversations with trainers and doctors,” Friedman said Monday. ”I’m sure that will take place and I don’t expect it to be anything that’s newsworthy.”

The Dodgers’ season ended in a 5-0 loss to the Chicago Cubs in Game 6 of the NL Championship Series on Saturday, in which Kershaw got pummeled.

After the World Series ends, closer Kenley Jansen and third baseman Justin Turner are among 11 potential free agents on the team.

Jansen, a first-time All-Star, notched a career-high 47 saves, second-best in the majors.

”He’s been a big part of our past success and we hope he’s part of our future success,” Friedman said.

Turner turns 32 in November and underwent surgery on his knee last offseason. If he were to leave, manager Dave Roberts said potentially moving rookie shortstop Corey Seager to third base is ”not even on our radar.”

Asked if the team would look similar or much different next year, Friedman said ”there are definitely scenarios in which we look pretty similar.”

”We have a lot of talented players that are free agents and I expect we’ll have ongoing dialogue with essentially each and every one of them,” he said. ”There are so many different ways the offseason can play out. It’s so hard to try to corral it at this point.”

Friedman was vague on the future status of outfielder Yasiel Puig, who was demoted to the minors for a month before returning late in the season, mostly in a bench role.

”As far as how the winter unfolds on a number of different fronts, obviously, remains to be seen,” he said when asked about Puig.

Roberts, a contender for NL manager of the year honors, credited Puig for his improved accountability upon his return to Los Angeles.

”Obviously including him on the postseason roster was a credit to him,” he said. ”I enjoyed getting to know him and obviously you can’t ignore the skill set. He impacts the game in a lot of different ways.”

Rookie pitcher Julio Urias will remain under restrictions next year and Friedman said he had ”no idea” whether that would prevent the left-hander from opening the season in the rotation.

”He was obviously a major part of our success this year, and we were also able to build him up in a way that was extremely helpful as we look forward,” Friedman said. ”Next year we’ll probably still have some type of restrictions and things we’ll need to be mindful of. But this year definitely kind of hit the mark with what we wanted to do.”