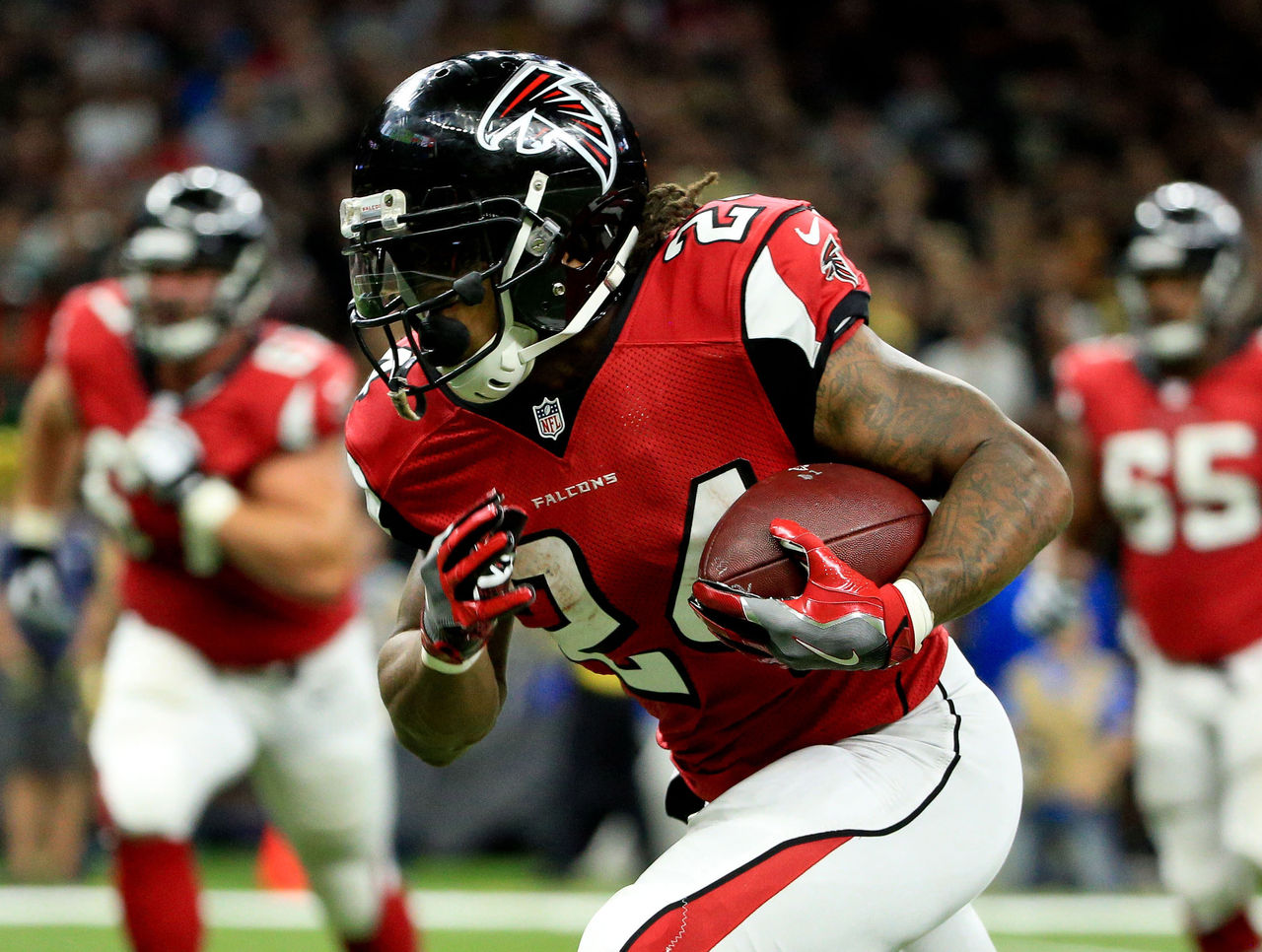 The game was played nearly 10 years to the day after the Saints’ memorable return to the Superdome on Sept. 25, 2006, 13 months after Hurricane Katrina. But there would be no reprise of New Orleans’ dominant and emotional 23-3 triumph a decade ago.

The Saints’ depleted defense struggled to slow down Devonta Freeman, who rushed for 152 yards and caught five passes for 55 yards. Coleman also was effective in the passing game out of the backfield, with three receptions for 47 yards to go with his 42 yards rushing.

Ryan finished with 240 yards passing for Atlanta (2-1) which did not turn the ball over and moved into sole possession of first place in the NFC South.

Drew Brees put up his usual big numbers – 376 yards and three TDs passing – but his interception for a touchdown on a tipped pass early in the fourth quarter gave the Falcons a 45-25 lead that proved too much for New Orleans to overcome.