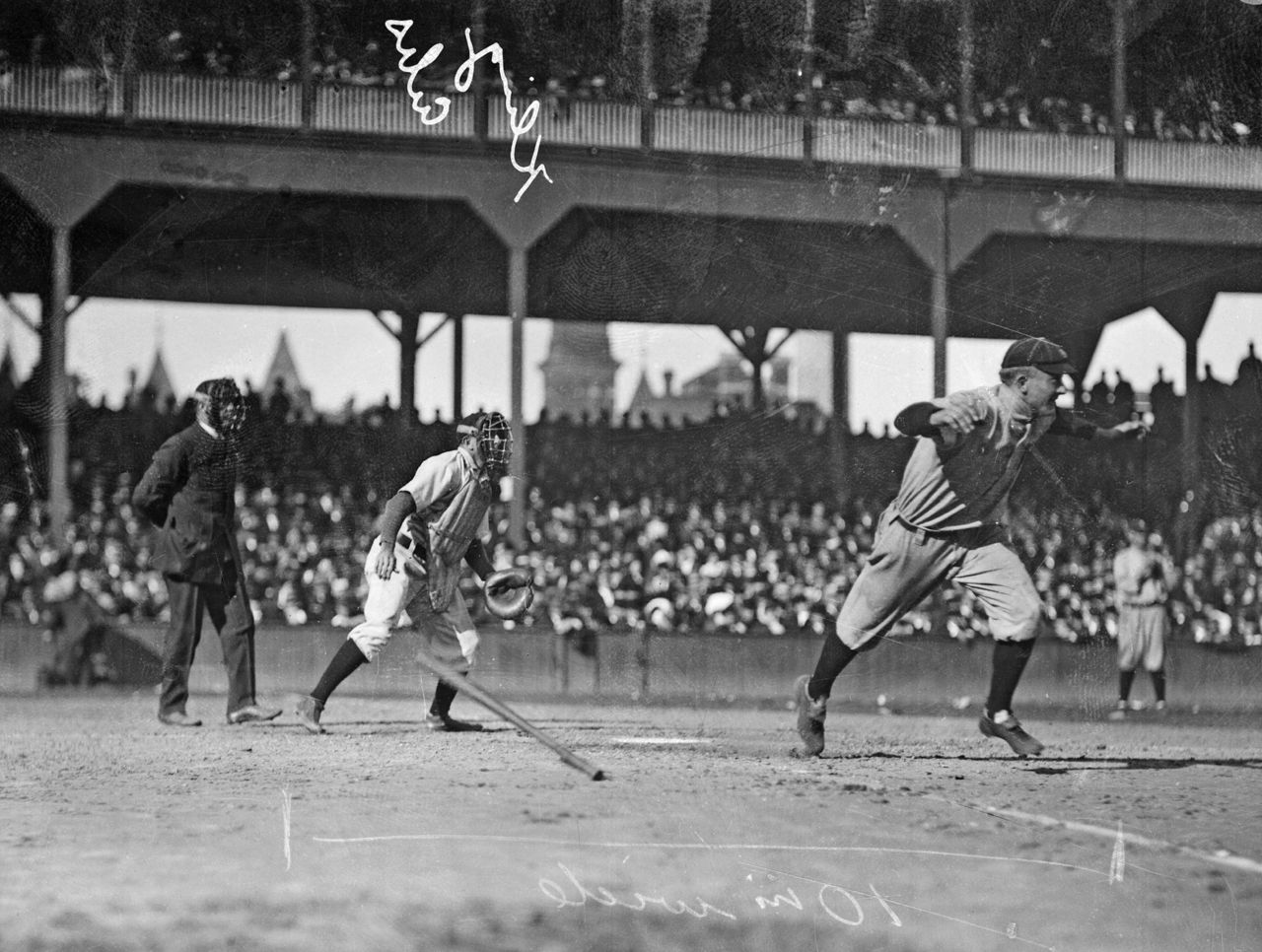 The Chicago Cubs often were the team to beat in the National League early in the 20th century, rather than the lovable losers they became in the decades that followed.

Playing in their third straight World Series, and led by the Tinker-to-Evers-to-Chance double play combination that was immortalized in verse, the Cubs defeated the Detroit Tigers in 1908 for their second championship in a row.

The Cubs haven’t won the title since.

Here’s the report from The Associated Press on Oct. 14, 1908, when the Cubs won in Detroit 2-0 in Game 5 to clinch the crown. Note the absence of first names in the story, as was frequently the style of the day. Cubs pitcher Orval Overall got the win and ”Wild” Bill Donovan the loss.

Detroit, Oct. 14. — By defeating Detroit this afternoon 2 to 0, the Chicago team of the National League retained its title as the champion baseball team of the world. The present series differed but little from that of last year. In the previous series Detroit managed to get one tie game and then went down in four straight defeats. In the present series, Detroit snatched one victory out of the five games played.

A feature of the game was Schmidt’s recovery of his throwing arm, which had not been working well during any previous game. Chicago was not able to steal a base on him for the first time during the series. He caught Steinfeldt trying to steal second by yards: he handled two bunts in clean fashion, retiring his men, at first, and he broke up an attempted double steal by Evers and Chance.

Overall for the second time pitched a masterly game. Only three hits were made off him and one of these would have been an easy out had the ball not taken an erratic and unexpected bound as it approached Steinfeldt. He was wild at times, giving four bases on balls, but on the other hand his strike-outs numbered ten. One of the these strike-outs, however, occurred when Rossman made his third swing at a wild pitch, enabling him to reach first safely.

Donovan, on the other hand, met with a vigorous reception in the first inning, when three consecutive hits sent Evers over the plate with the first run of the game. With the exception of the fifth inning, when a base on balls, and Evers’ double gave Chicago another run, Donovan managed to keep the hits scattered. It is probable, however, that Chicago would have run up a large score had it not been for the brilliant work of the Detroit infield. O’Leary’s spectacular catch of Tinker’s ”Texas leaguer” far back of second base was a feature of the game.

HOW THE RUNS WERE MADE

Evers scored Chicago’s first run. He singled to center, took second on Schultz’s hit to left and raced home on Chance’s safe drive to center. A base on balls was primarily responsible for Chicago’s second and last run. Kling walked on four wide ones, went to second on Overall’s sacrifice and scored on Evers’ double. Detroit threatened to score but once. Coughlin was safe when his grounder took an awkward bound and he went to third, when McIntyre doubled into the left field crowd. But the needed hit was not forthcoming from either O’Leary or Crawford, for the former flew out to Hoffman, who held Coughlin at third by a beautiful throw home, and Crawford struck out.