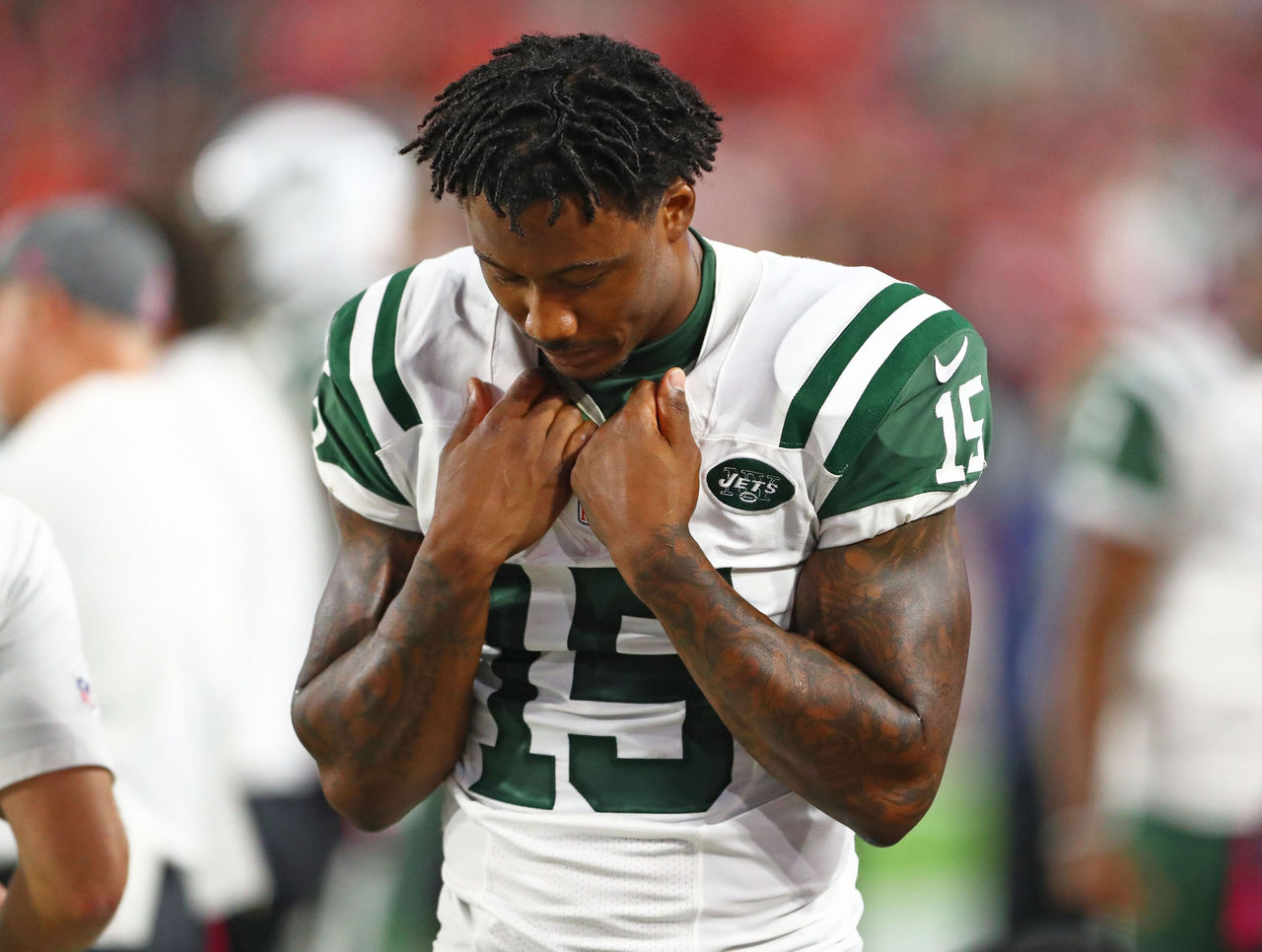 NEW YORK – Brandon Marshall was so worried he was being traded by the New York Jets that he nearly shed a tear.

The star wide receiver was getting ready to appear on CBS Sports Network’s ”We Need To Talk” on Tuesday with his wife, Michi, when his phone rang while they were sitting in the green room.

Marshall, who was the subject of trade rumors along with defensive lineman Sheldon Richardson, answered the phone and relayed the conversation during his appearance on the show , which was airing Tuesday night.

”Literally three minutes ago, I got a call from someone in the (Jets) organization,” Marshall said. ”My assistant was like, ‘Hey, B, this guy called you and said it’s an emergency.”’

Marshall said he put his head down, fearing the worst.

”I was like: ‘Oh my gosh. I’m about to get traded,”’ Marshall said. ”And he said: ‘I just want to let you know: Don’t listen to the rumors. We’re not shopping you.’ I was about to cry. I literally was about to cry. I was like, ‘How am I going to be able to come on this show and maintain myself?’

The NFL’s trade deadline came and went at 4 p.m. EDT, and both Marshall and Richardson remained with the team.

Marshall, in his second season with the Jets, has 34 catches for 540 yards and two touchdowns. With the Jets struggling to a 3-5 start, Marshall’s name had been mentioned as a player who could be moved to a potential playoff contender for a draft pick or two.