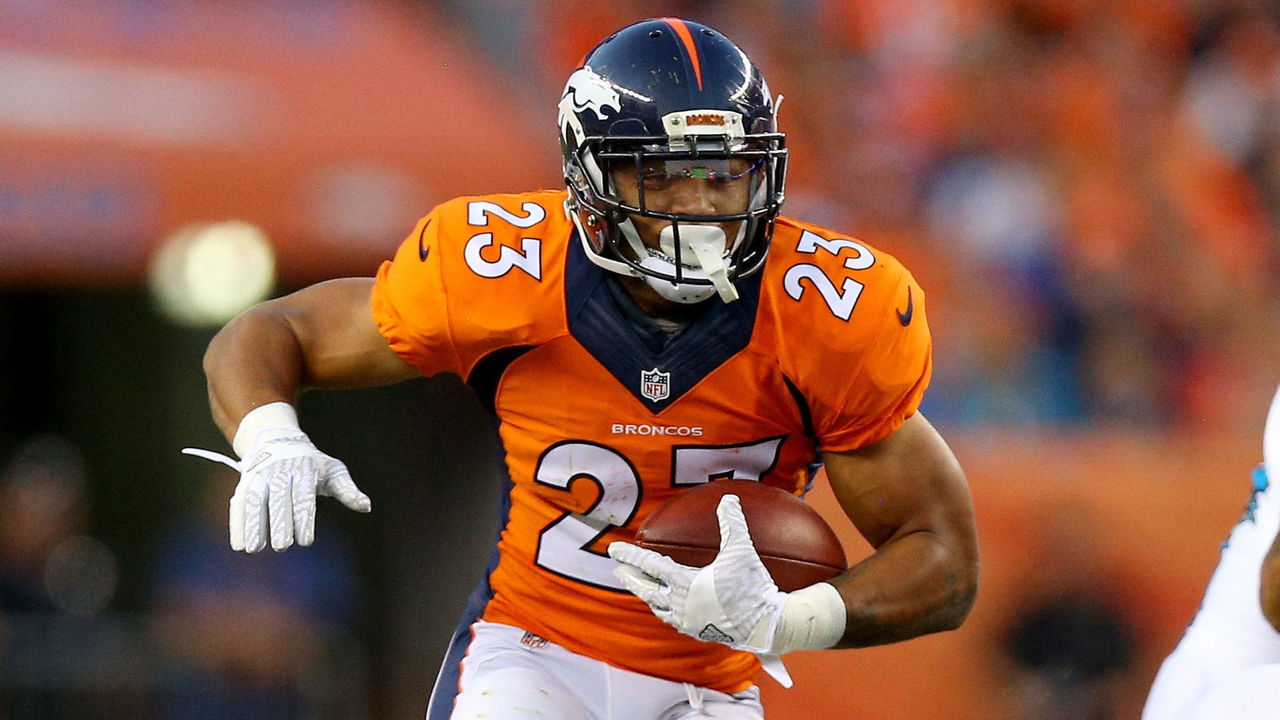 SSSQ is a weekly look at the under-the-radar fantasy players you should consider starting, and the potential busts you should leave on your bench. We also identify breakout candidates to stash on your roster and players you can safely cut. For the rest of your lineup decisions, consult our weekly rankings.

Carr’s last two games have left his owners wanting more, but he’s set up nicely for a bounce back in what could be a shootout. The Buccaneers can’t match up with Amari Cooper and Michael Crabtree.

Other QBs to start

Booker has looked like the best running back on the Broncos for a few weeks and now will get the chance to show his stuff in a featured role with C.J. Anderson reportedly headed to IR. The Chargers aren’t the defensive pushovers they once were, but they still surrender a rushing touchdown most weeks.

Other RBs to start

Montgomery is listed as a wide receiver on the Packers’ roster, but he’s playing as a running back. This has led to controversy in fantasy circles, with some websites giving Montgomery RB eligibility and some not. Regardless of where you play him this week, Montgomery should be in your lineup – especially in PPR leagues. The Falcons are vulnerable to running backs who catch passes and Montgomery should see plenty of balls thrown his way.

Other WRs to start

It’s time to give some love to Fiedorowicz, who has very quietly produced 229 yards and two touchdowns over his last four games despite Brock Osweiler’s brutal play. The Lions represent a get-right opportunity for Osweiler, and it could start with targeting Fiedorowicz heavily, as the Lions have no idea how to flow down opposing tight ends.

Other TEs to start

Rivers played the Broncos at home only two weeks ago and finished with a mere 178 yards passing and one touchdown in a win. There’s little reason to expect him to do much better on the road against the NFL’s best defense.

Other QBs to sit

How quickly things change in the NFL. Only a few weeks ago, Howard was touted in the “Start” section of this column. Now he’s a player owners should leave firmly stapled to their benches after watching the rookie’s workload disintegrate before their very eyes. Howard has been outplayed by Ka’Deem Carey in consecutive weeks and could be again this week.

Other RBs to sit

An Eagles passing attack that started the season red-hot has cooled off considerably after right tackle Lane Johnson’s suspension. The Cowboys are far from the NFL’s best pass-rushing team, but their defense can confuse Eagles rookie Carson Wentz and throw off his rhythm. Look for both teams to slow the pace of this game and focus on the run, which should put a cap on the target volume receivers like Matthews will see.

Other WRs to sit

Remember Bennett’s three-touchdown outburst in Week 5? After his one-catch, 5-yard dud in Week 7, owners are asking what the heck happened to that player. Bennett will have one or two more big games this season, but they will likely be impossible to predict. Considering the Bills have yet to surrender a receiving touchdown to a tight end this year, don’t bet on it happening this week.

Other TEs to sit

Langford was probably dropped in your league several weeks ago when he was hurt, but he’s nearing a return and neither Jordan Howard nor Ka’Deem Carey have been particularly impressive in his absence. Some kind of three-headed committee is likely, but would it shock anyone if Langford is reinstated as the clear starter? Stash him if you have room.

Stashing Devontae Booker paid off. Bibbs is the guy to own if Booker gets hurt or falters in his new starting role. He’s worth adding in deep leagues.

It’s difficult to imagine Bortles making corrections to his increasingly flawed mechanics midseason. While the Jaguars quarterback is still capable of posting respectable garbage-time numbers, as he did in Thursday’s loss to Tennessee, he can’t be relied upon to do so consistently.

Shepard started his rookie season hot, but hasn’t topped 32 yards or scored a touchdown in a month. There’s no reason to hold him.