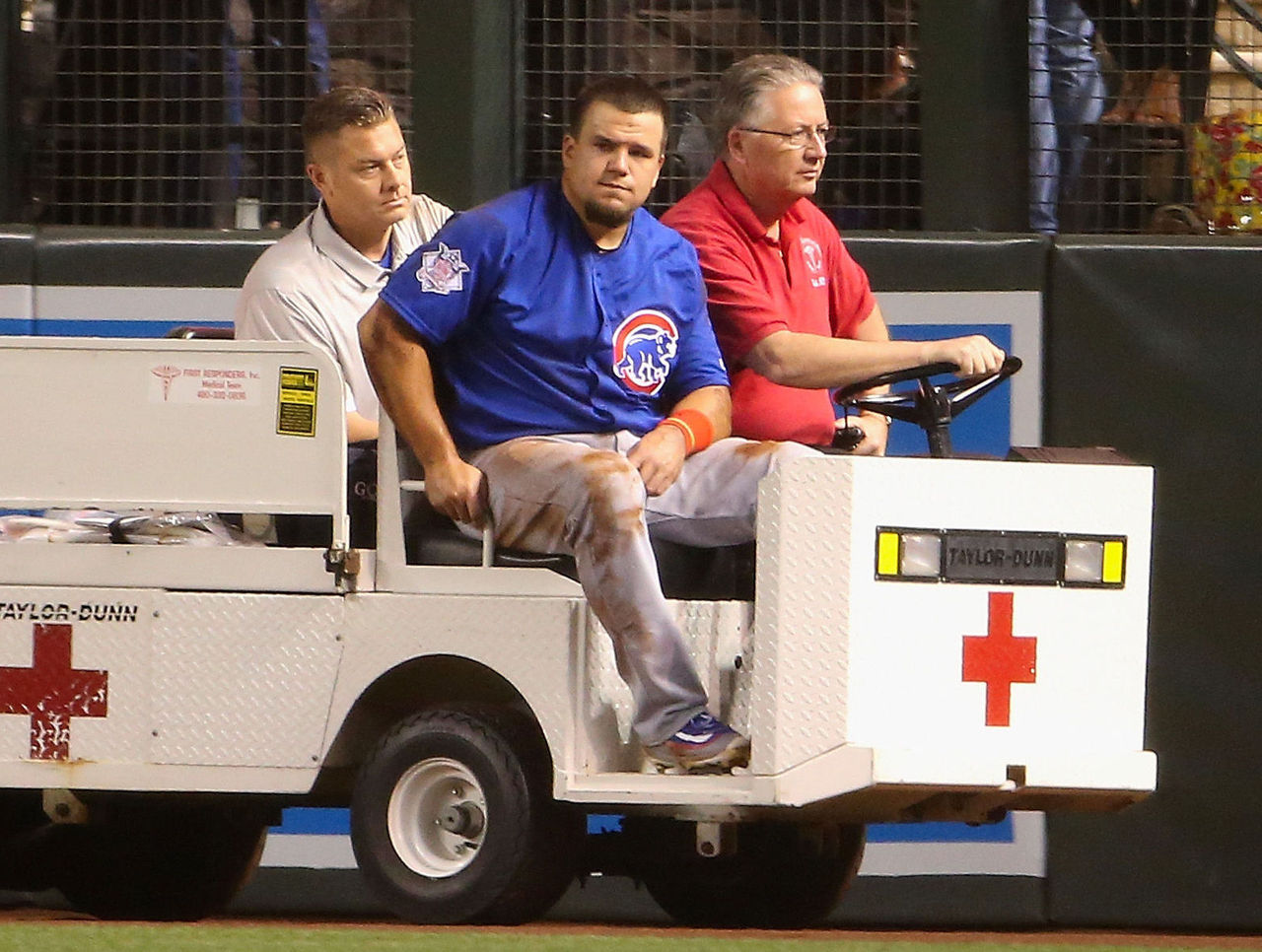 CHICAGO – One little doctor’s appointment for Kyle Schwarber has turned into an intriguing possibility for the Chicago Cubs.

Schwarber is working out in Arizona after major left knee surgery in April, and the Cubs say the slugger with the sweet left-handed swing could be in the mix when Chicago returns to the World Series for the first time since 1945.

The Cubs had ruled Schwarber out for the year after he tore two knee ligaments during an outfield collision. But Schwarber’s checkup with Dr. Daniel Cooper on Monday in Dallas cleared the way for the Cubs to take a closer look at the catcher/outfielder in the Arizona Fall League.

”We got the best possible report. It exceeded any reasonable expectation that we had,” president of baseball operations Theo Epstein said before the Cubs beat the Dodgers 5-0 in Game 6 of the NL Championship Series on Saturday night.

”We basically got the news at six months that we had hoped to get at seven months, which was Dr. Cooper upon examining him cleared him to run the bases. Kyle called me right away and asked for a chance to get ready. The doctors greenlighted him to start hitting.”

Schwarber’s return would be a big boost for Chicago, which will play at Cleveland in Game 1 on Tuesday night. He hit .333 with a franchise-record five homers in nine playoff games last year, including a drive that reached the top of a Wrigley Field videoboard.

Schwarber was 0 for 3 with a walk as the designated hitter Saturday night for the Mesa Solar Sox. He watched the Cubs face the Dodgers on a tablet in the dugout between at-bats.

Schwarber was activated from the 60-day disabled list Saturday. If he looks good in Arizona, he might be able to help the Cubs at designated hitter while the World Series is in Cleveland.

”I’m down here to try and get my work in, and I might join them up in Cleveland if it’s either cheering or whatever it is,” he said. ”I’m all in for it.”

Schwarber tracked 500 balls off a hitting machine on Thursday and Friday before taking at-bats against James Farris, a pitcher in the Arizona Fall League. He also ran the bases on Friday, according to Epstein.

”We’ll just continue to evaluate him medically day by day in terms of baseball readiness,” Epstein said. ”We have a lot of business we need to take care of first before there’s any relevance to it short term. But long term it’s a great prognosis for him and we’re proud of him that he’s worked so hard to get to this point.”