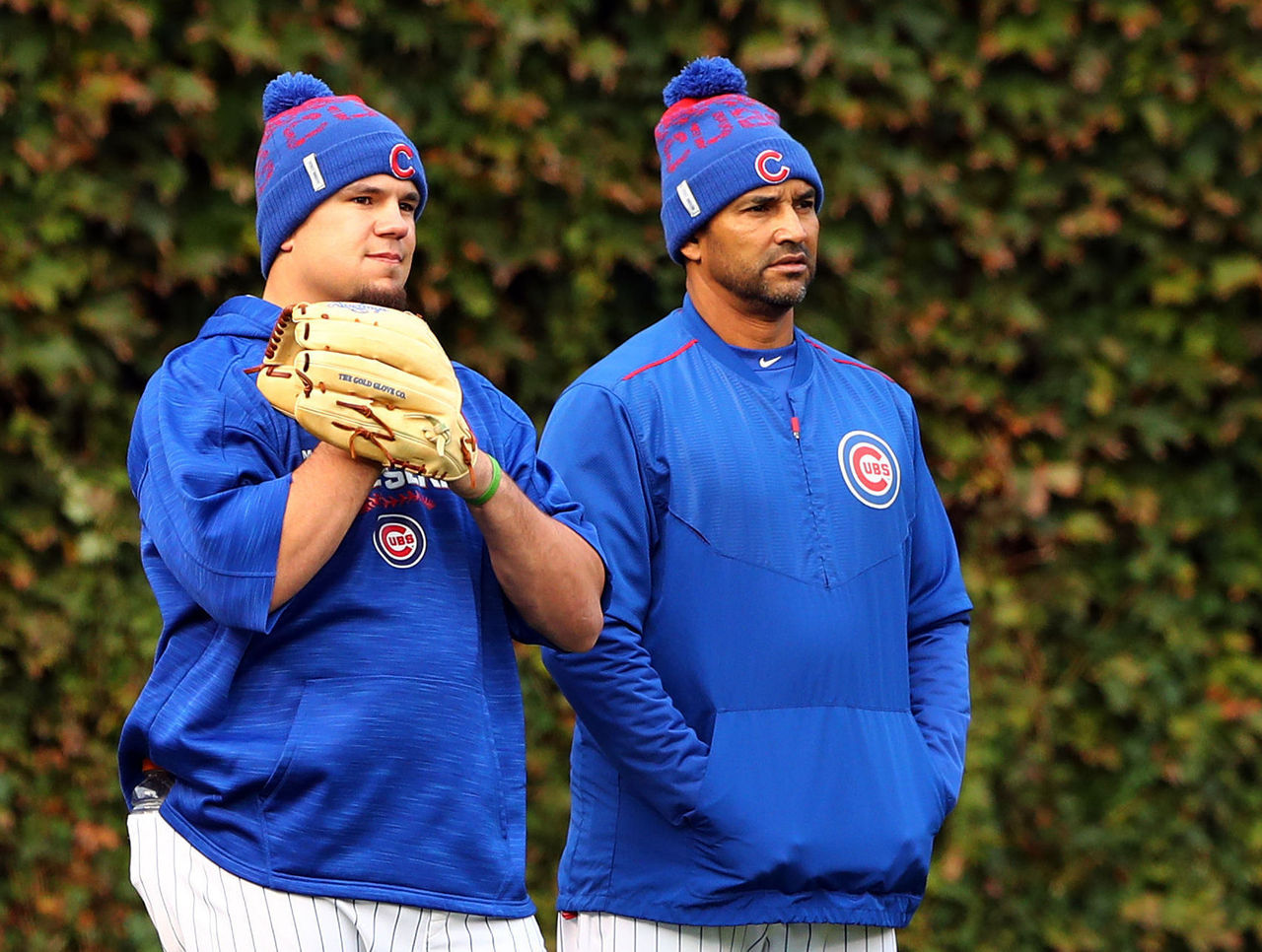 Schwarber will be relegated to pinch-hitting duty for the next three games in the World Series after doctors said Thursday it was too soon after his major left knee surgery to risk putting him in the outfield against the Cleveland Indians.

”We’re going to respect the doctors,” president of baseball operations Theo Epstein said. ”They’re the professionals here and move forward. Kyle understands that. He wants to play, he’s the ultimate gamer, but he understands that the doctor’s judgment has to rule the day in this case.”

Schwarber was ruled out for the year after he tore two knee ligaments in an outfield collision with Dexter Fowler in Chicago’s third game of the season. But he had an encouraging checkup with Dr. Daniel Cooper on Oct. 17 in Dallas, clearing the way for a rushed return by way of the Arizona Fall League.

Schwarber served as the designated hitter for the first two games in Cleveland, going 3-for-7 with a pair of RBI singles in Chicago’s series-tying victory in Game 2 on Wednesday night. The Cubs were so excited by his success that they had what Epstein called ”lengthy phone conversations” with Cooper and Dr. Stephen Gryzlo, one of the Cubs’ physicians.

But Cooper and Gryzlo said they couldn’t clear him for the field at this point.

”There’s just too much risk in playing the outfield because of the dynamic actions involved, the instantaneous reactions, the need to cut in the outfield, the dynamic, athletic movements that are unanticipated in the outfield, your instinct in reacting to balls that just aren’t the case when you’re running the bases,” Epstein said.

Schwarber stood in left for a short while during batting practice on Thursday, but he never took any fly balls. He had already talked to the doctors at that point.