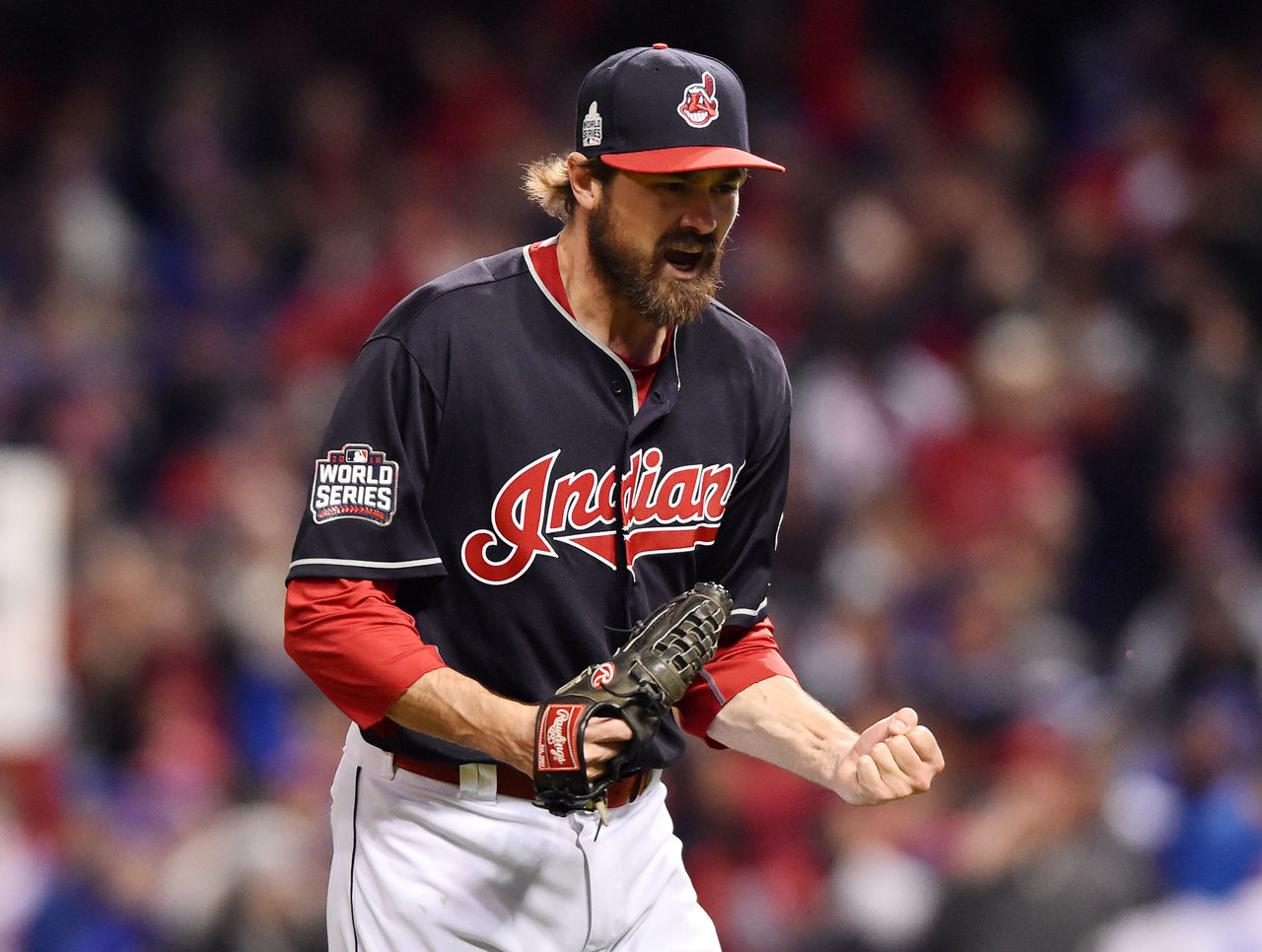 CLEVELAND – David Ross marvels at Andrew Miller and the break on his sinister slider.

A 6-foot-7 lefty with an enormous wingspan, Miller has developed baseball’s most unhittable pitch. He is perhaps the biggest factor in Cleveland’s first AL pennant since 1997, a throwback willing to close or enter in the middle innings.

”It kind of sets the tone for our mindset as a club, just trying to figure out a way to help your team win,” Cleveland closer Cody Allen said.

Now 31, Miller was acquired from the Yankees on Aug. 1 for four prospects. He has thrown 22 scoreless innings in postseason play, including 13 2/3 innings with 24 strikeouts this year. He was voted AL Championship Series MVP, a rare setup man to gain a postseason honor.

”I would say before that, his resume is not too shabby, either,” Indians manager Terry Francona said during the series against Toronto. ”There’s a reason we gave up what we did for him. We thought that he could be a guy that we could leverage in situations like we have. And it would make our bullpen that much better and give us a chance to keep playing.”

In New York, Miller was the baby-faced member of the hard-throwing No Runs DMC bullpen trio that included Dellin Betances and Aroldis Chapman, dealt to the Cubs on July 25.

New York’s closer in 2015, Miller embraced his new role as Chapman’s setup man. With Cleveland, Francona has brought him in as early as the fifth inning, and like an understudy shifting parts each performance, Miller relishes his interchangeable roles.

”The best thing that could possibly happen is to be on a winning team, and that’s what I enjoy,” he said, his face partly obscured by a beard regrown following his exit from the clean-cut Yankees. ”If that requires me to pitch the second inning or the ninth inning or play shortstop, I don’t really care. I want to be a part of it.”

Miller didn’t miss any time this season despite breaking a bone in his right wrist when hit by a liner off the bat of Atlanta’s Willians Astudillo during a spring training game on March 30.

His durability has been prodigious and his flexibility vital. Miller has entered as early as the fifth inning and late as the ninth over seven appearances this postseason.

”It wasn’t that long ago I was pitching in some long situations and sometimes in the eighth inning in close situations,” Miller said. ”For those guys, which are the majority of relievers, flexibility is not something you offer, it’s something you have to have. You don’t have a choice. If you’re not flexible, you’re not going to have a spot in the big leagues.”